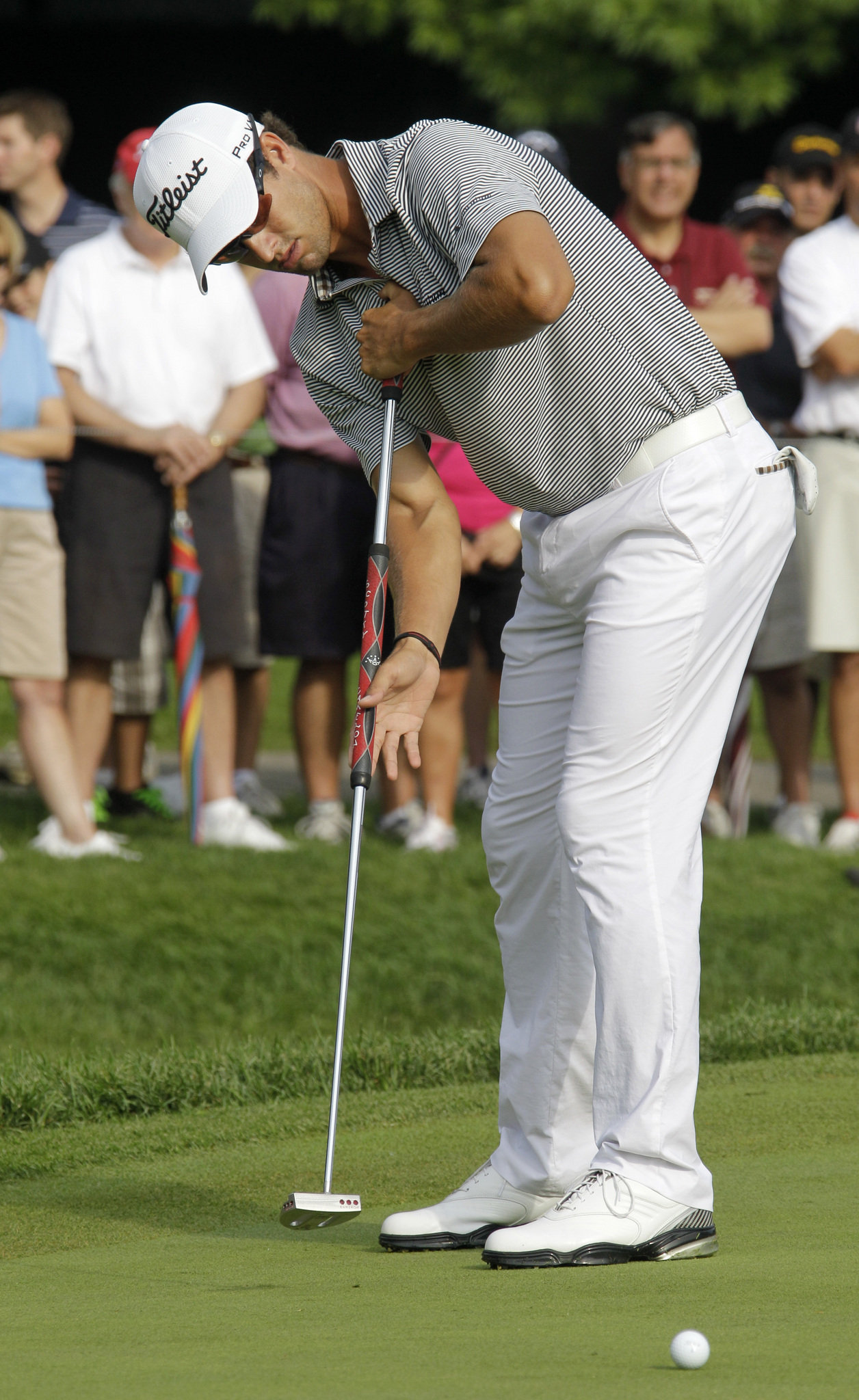 The USGA and R&A have proposed a change to the Rules of Golf that will prohibit the anchoring of a club in during all strokes, including during putting.

The proposed rule will fall under Rule 14-1b, and state:

In making a stroke, the player must not anchor the club, either “directly” or by use of an “anchor point.”

Note 2:  An “anchor point” exists when the player intentionally holds a forearm in contact with any part of his body to establish a gripping hand as a stable point around which the other hand may swing the club.

The new rule will not alter equipment rules, meaning all conforming equipment including belly and long putters will remain legal. But belly and long putters will not be allowed to be anchored to the body, with the exception of putting styles like Matt Kuchar’s, who won The Players Championship while anchoring his putter grip alongside his left forearm.

“We believe we have considered this issue from every angle but given the wide ranging interest in this subject we would like to give stakeholders in the game the opportunity to put forward any new matters for consideration,” said Peter Dawson, Chief Executive of The R&A.

Three of the last five major champions: Keegan Bradley, Webb Simpson and Ernie Els have won using anchored putting styles that would be prohibited under the new rule. The rule is expected to be finalized in the spring and go into effect Jan. 1, 2016, after a 90-day comment period that will allow industry members to address concerns about the anchor rule.

“Throughout the 600-year history of golf, the essence of playing the game has been to grip the club with the hands and swing it freely at the ball,” said USGA Executive Director Mike Davis. “The player’s challenge is to control the movement of the entire club in striking the ball, and anchoring the club alters the nature of that challenge. Our conclusion is that the Rules of Golf should be amended to preserve the traditional character of the golf swing by eliminating the growing practice of anchoring the club.”

Below is a graphic from the USGA that illustrates the new rule. Click here for more discussion in the “Tour Talk” forum. 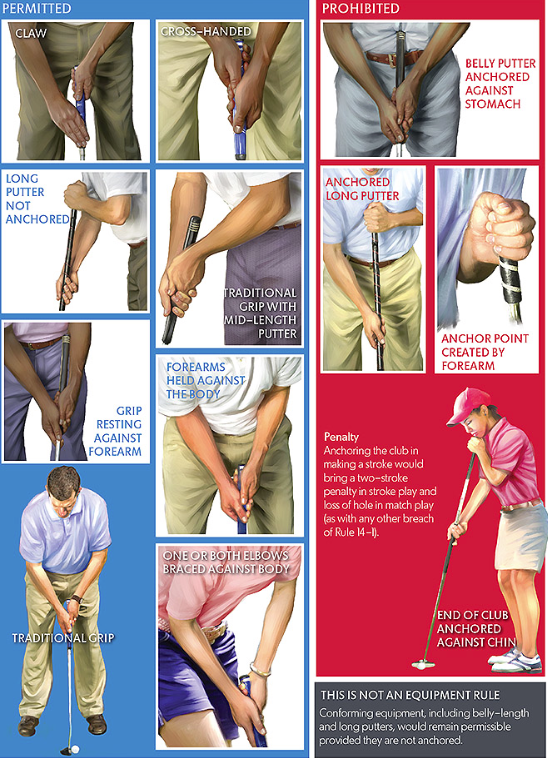