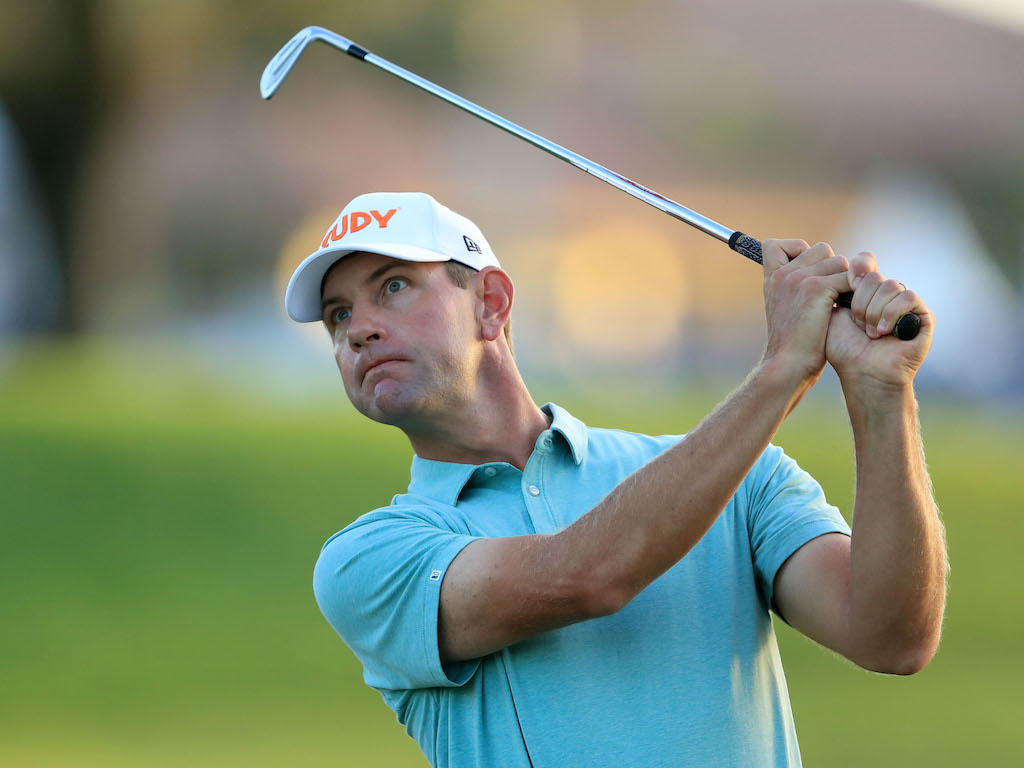 Lucas Glover’s wife, Krista, 36, was arrested after allegedly attacking Glover and his mother after he missed the 54-hole cut at The Players Championship, Saturday.

Krista Glover was released on $2,500 bail after spending the night in St. John’s County Jail. She’s slated for a May 31 court date on misdemeanor charges of domestic violence battery and resisting arrest without violence.

Per the officer’s report, following Glover’s third-round 78 and MDF at Sawgrass, the Glovers had an altercation, which Lucas’ mother, Hershey, attempted to stop. At that point, Krista allegedly began attacking her husband’s mother. Hershey Glover reportedly had cuts and blood on her arms, as did Lucas.

Glover and his mother did not want to press charges, according to reports. Glover reported his wife had been drinking and that she frequently berates him about his poor play, calling him a “‘loser” and other names in front of the couple’s children.

Per the St. John’s County Sheriff’s Department, full details are available via the arrest report below. 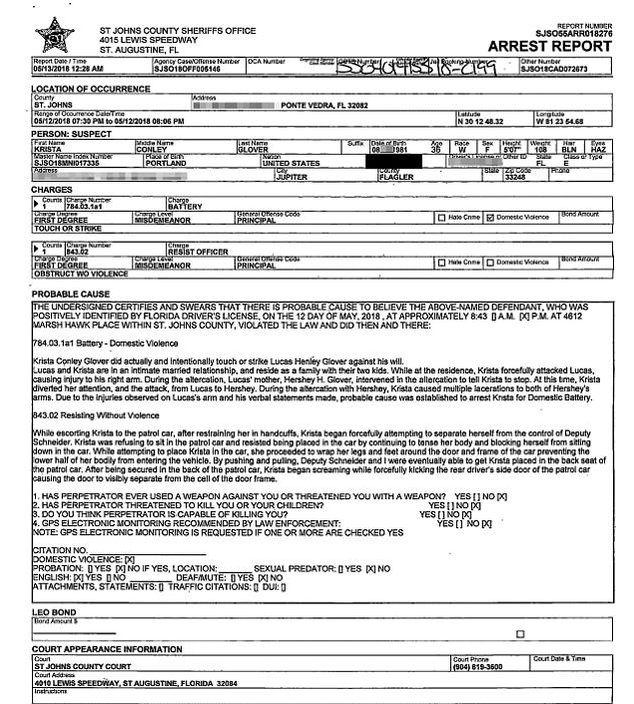 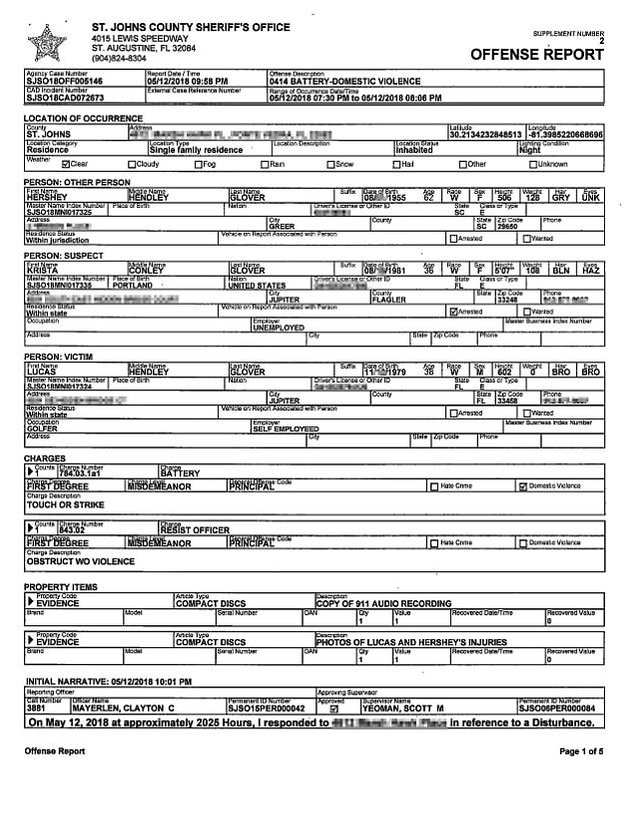 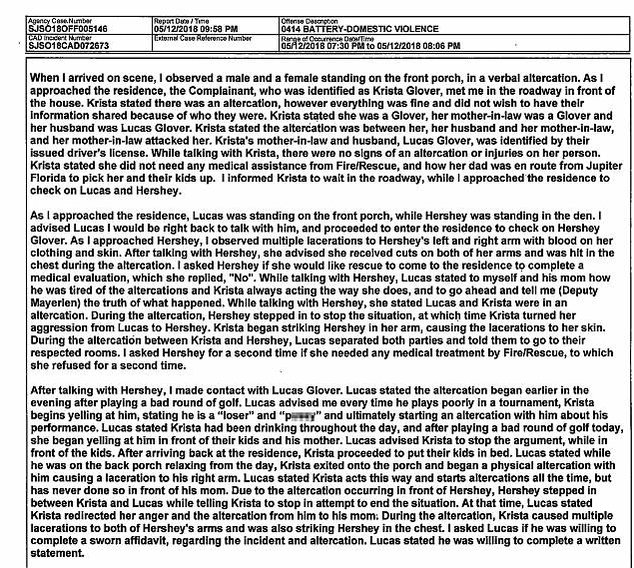