Here you can leave comments about the site, and any suggestions you have or anything you want.

Bag Chatter is Open for Business

Five Things We Learned Thursday at the PGA Championship 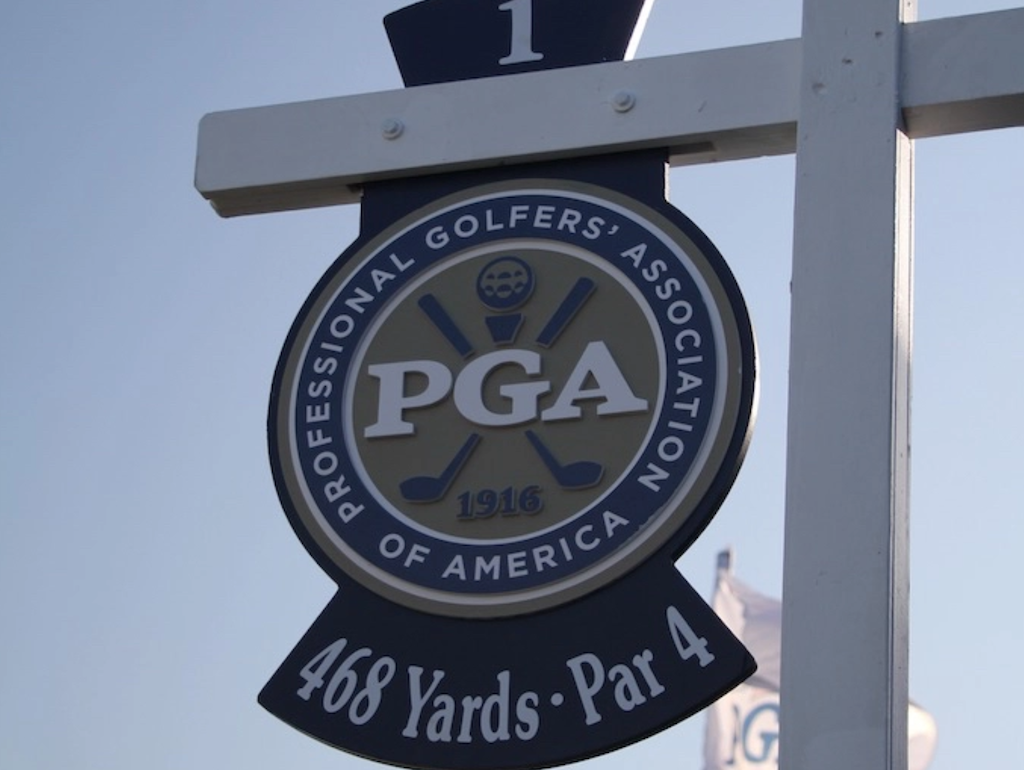 I write to you from Buffalo, New York. We are a city that has been in the national news this week for a horrific reason. Our work needs to begin in earnest, and needs to continue, to ensure that that this history has no chance of repeating itself. I welcome the opportunity to think about a major men’s golf championship this week, although my thoughts are never far from the victims and their families.

Southern Hills is the latest, reborn club to host a major championship. The new breed of course doctors are true students of the classic elements of proper golf course architecture. Gil Hanse and his cavemen did a fine job returning the glory of Perry Maxwell to this Tulsa treasure. Oklahoma had itself a somewhat-steamy Thursday, with the temperature peaking at 90 degrees around four o’clock. By that time, Rory McIlroy had completed his morning rounds, and held a one-shot advantage as the afternoon squad hit the tee decks. The two-time PGA champion will feature in our Five Things We Learned for today, but we need to get to four others first.

The list begins with Will Zalatoris (-4) and continues to Cameron Smith (-2) and Xander Schauffele (-2) and a host of others. The PGA Championship has an element of chill that other majors lack, and that might be why golfers tend to break through with confidence for a first major title. At the other three majors, first-time winners are often the unwitting beneficiaries of the misfortune of others. Not so at the professionals’ major. Lurking are Matt Kuchar (-3) and Abraham Ancer (-3). There will be plenty of break-through storylines to follow this week at Southern Hills.

Will Zalatoris carded a 66 in Round 1 of the #PGAChamp. Check out the highlights from his round.@Rolex pic.twitter.com/QZDdRUd7Wd

#TigerWoods #WyndhamChampionship2015 One of the most enjoyable quotes from the great cat focuses on Tom Hoge, currently seated at four-under par, one shot back of the leader. Hoge hails from North Dakota, and won his first Tour title at Pebble Beach, after years of grinding. He was so far, under-the-radar that Tiger Woods had no idea if he was a sandwich or a fellow touring professional. Hoge is precisely the type of golfer (think Shaun Micheel or Wayne Grady, or even Walter Burkemo) who wins a PGA Championship

It’s all a part of the process, doncha know? Tiger Woods teed off on the second nine, and stood two-under par through his first five holes. He made one more birdie coming home, but the rest was as forgettable as it comes. Tiny cuts, in the form of bogies, came seven times over those remaining 13 holes, and Woods found himself at four-over par at day’s end, nine shots off the lead at 74. We know that he can bounce back from such a malaise. If he can get back to even par on Friday evening, he should make the cut. Woods has good vibes at Southern Hills, having won the PGA here in 2007. He’ll need to draw on that mojo on Friday, else we’ll see him next in Brookline.

He’s only seven holes into his round, as I type these words, but I think that Collin Morikawa will rise up and win a second PGA in three years. There’s no glitz in his life to distract him. Other than impending nuptials with his sweetheart, Morikawa is all about the golf. Through seven holes, he had posted seven pars. Once the birdie dam breaks, the putts will begin to drop from everywhere. Check back with us in a few hours to find out how accurate this prediction was! (Editor’s note: Not a great prediction)

When we close the laptop on this week’s storylines, the 24-feet putt that Rory McIlroy made on green number nine (his eighteenth) on Thursday might be the one that we remember. The winner at Kiawah and Valhalla during the 2010s showed well on a course that resembles neither. McIlroy had consecutive birdies from holes 12 through 15, and added another pair at 2 and 5, to reach six-under par. On his 15th hole of the day, McIlroy stumbled to a bogey four, and repeated the recipe to holes later at the par-three eighth. Leaking oil, McIlroy knocked his approach to nine above the hole, then read the putt perfectly. He stroked it perfectly, too. As the orb tumbled down, McIlroy was in with 65 for a one-shot advantage.

Photos from the 2022 PGA Championship 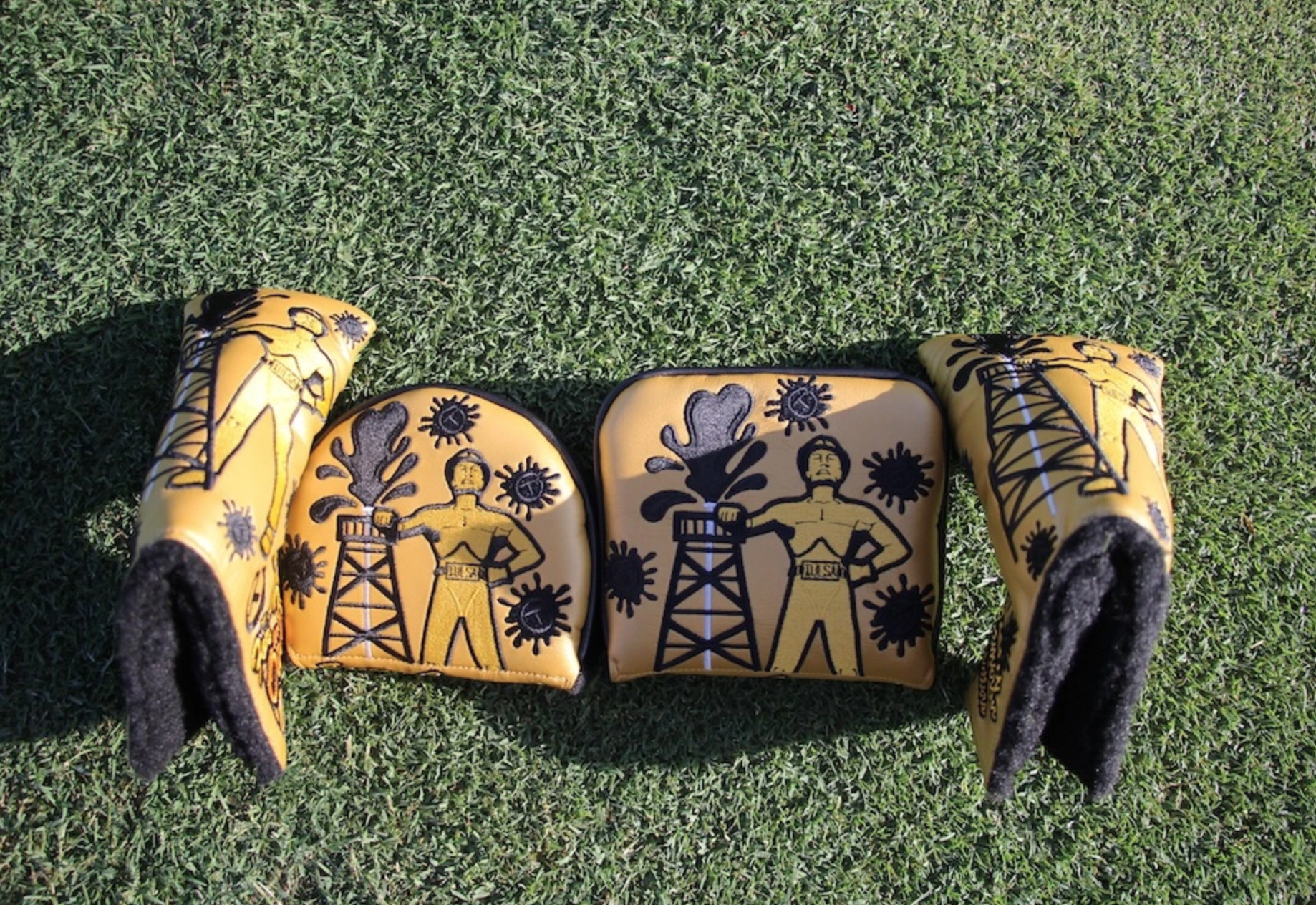 GolfWRX was on site in Tulsa, Oklahoma, at Southern Hills for the second major of the season. The centerpiece of the exhibit, of course, is a fresh in-hand look at Tiger Woods’ WITB — including shots of his new long irons. However, don’t miss the 30 other WITBs as well as an assortment of general and pullout galleries aplenty.

Check out links to all our PGA Championship photos, below. 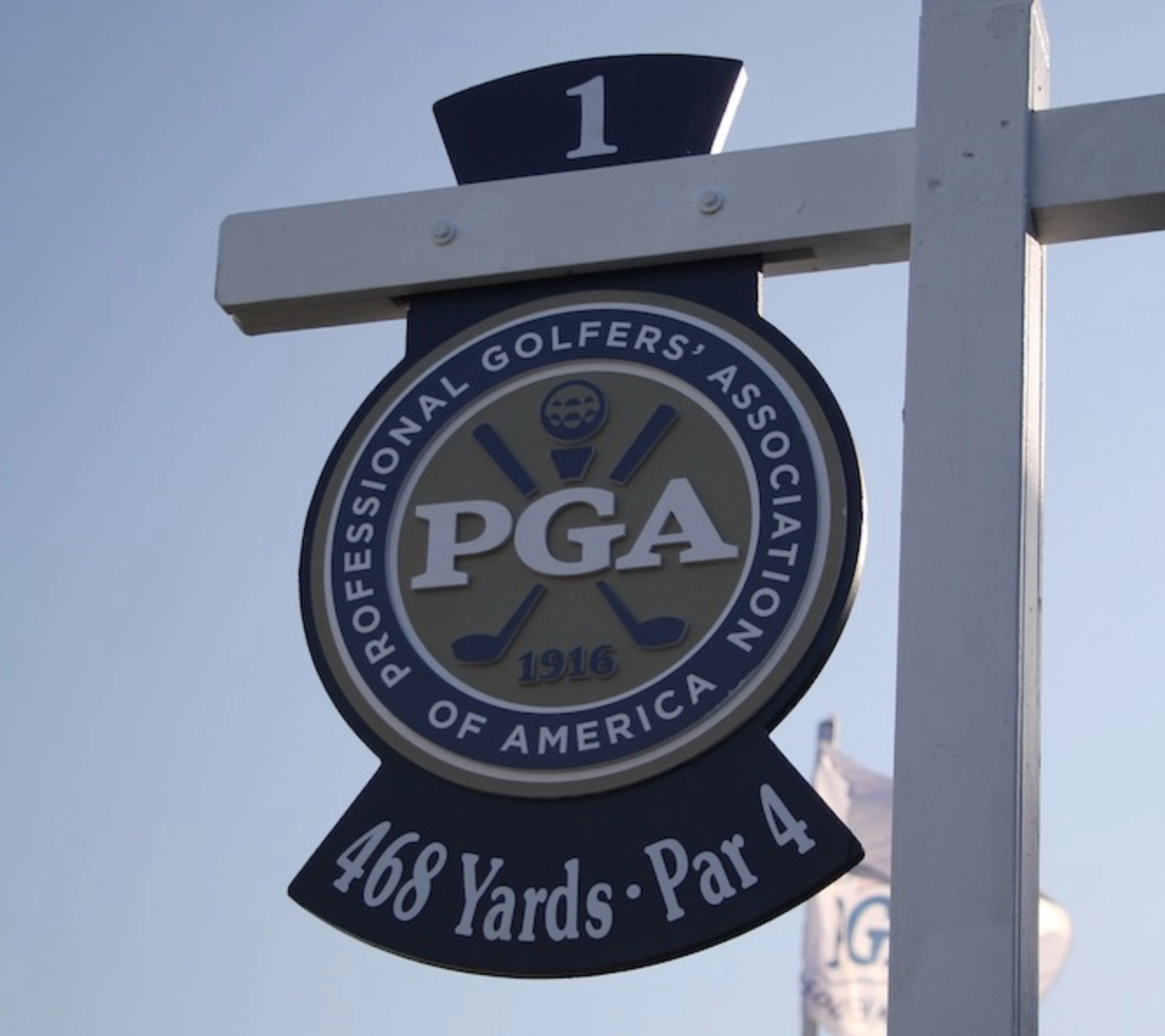 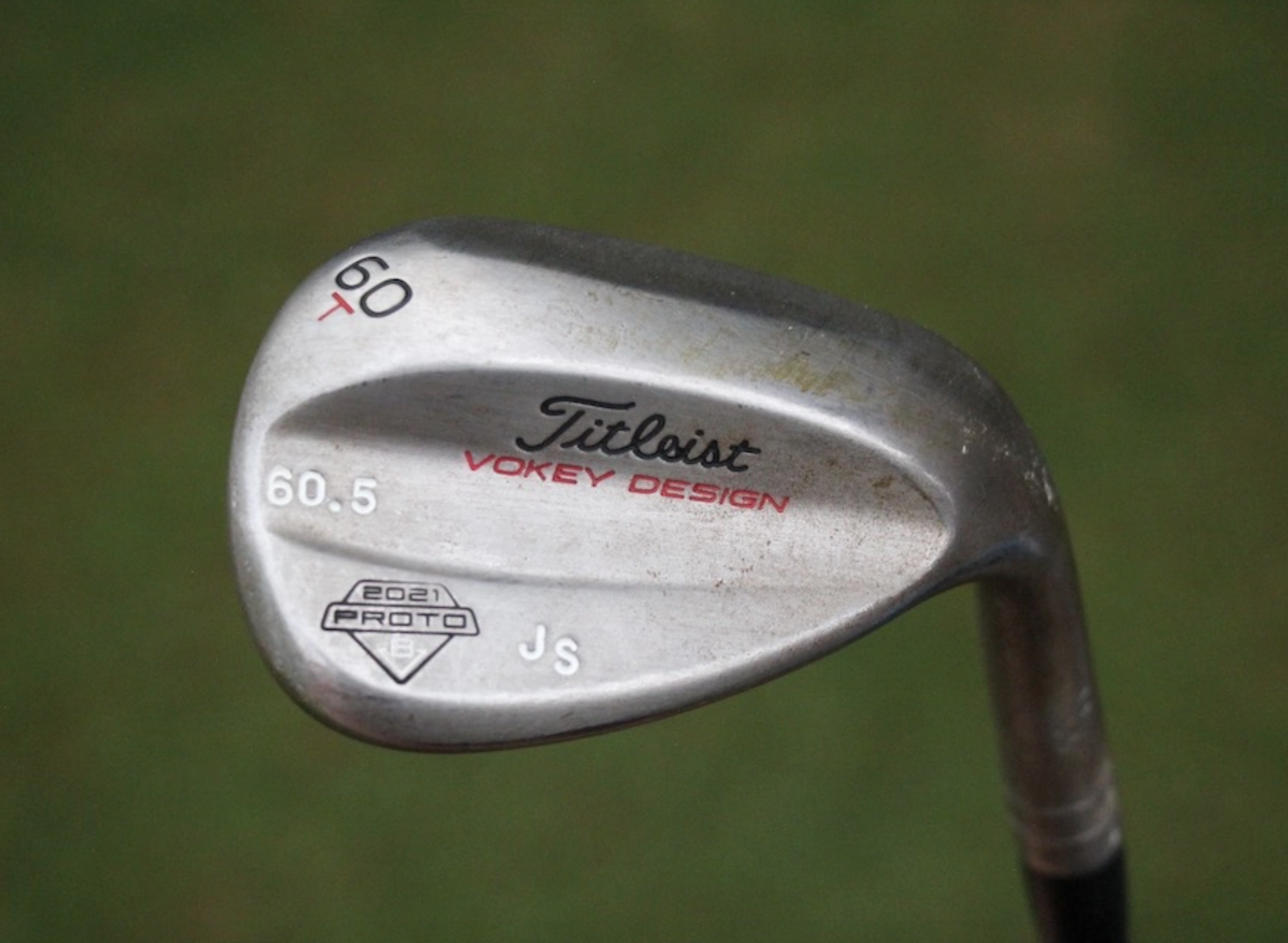 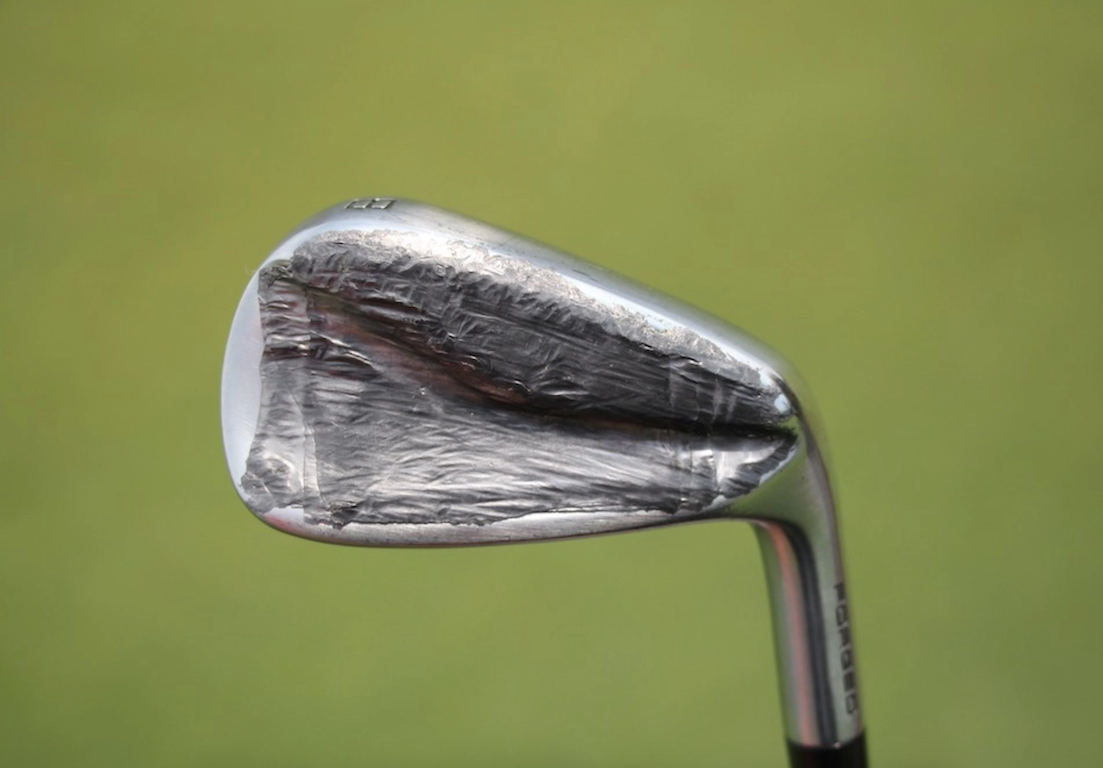 The defending champion, Phil Mickelson, may not be at Southern Hills this week for the PGA Championship, but Tiger Woods is making his second start of the year at a venue he has had success at in the past.

The 2007 champion hasn’t teed it up since last month’s Masters tournament, where he finished 47th. A month on, however, Woods has claimed that he is feeling stronger as he goes in search of a fifth PGA Championship.

While Woods gets ready to compete again, his old rival Phil Mickelson continues his absence from the sport. Lefty took a leave from golf earlier this year after suffering severe backlash for his controversial comments on the Saudi Golf League, the Saudi regime and how he was using the Tour as leverage against the PGA Tour.

Speaking to media on Tuesday, Woods revealed that he and Mickelson had very different views on where the game of golf is going, while launching a staunch defence of the PGA Tour.

“He has his opinion on where he sees the game of golf going,” said Woods of Mickelson. “I have my viewpoint how I see the game of golf. I’ve supported the Tour and my foundation has run events on the Tour for a number of years. I just think that what Jack (Nicklaus) and Arnold (Palmer) have done in starting the Tour, breaking away from the PGA of America and creating our tour in 1968 … I just think there’s a legacy to that. I’ve been playing out here for a couple of decades and I think there’s a legacy do it.”

“I still think the Tour has so much to offer, so much opportunity,” said Woods. “I understand different viewpoints, but I believe in legacies, I believe in major championships and big events, comparisons to historical figures of the past. There is plenty of money out there. The Tour is growing – like any other sport, like tennis, you have to go out there and earn it.”

Interestingly, Woods pinpointed social media as one of the reasons the controversy escalated as quickly as it did surrounding Mickelson:

“Social media has changed the landscape in how fast things can ramp up, whether it is real news or fake news or whatever it is, opinions get out there instantly,” said Woods. “It can sway very quickly one way or the other – what we are seeing right now in society is it is very bipolar, there is no middle ground, you stand one way or the other. It is very polarising and the viewpoints Phil has made with the Tour and what the Tour has meant to all of us has been polarising as well.”

Despite saying that it was disappointing that Mickelson would not be defending this week, Tiger has not reached out to Phil during his exile from professional golf. The reason for that decision is due to Tiger’s entirely different viewpoint on how the Tour should be run.

Tiger will tee it up at Southern Hills alongside Rory McIlroy and Jordan Spieth for the opening two days of the PGA Championship.