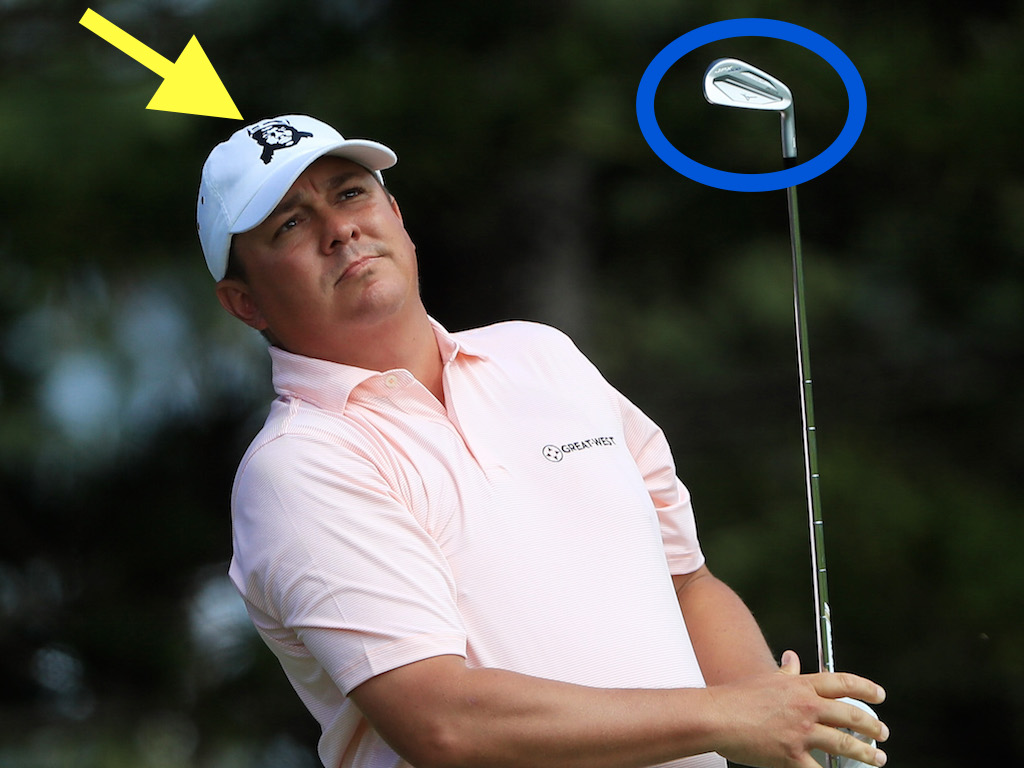 Abiding by The 10 Hat Commandments, Jason Dufner wore a Notorious B.I.G. hat during the 2018 Sentry Tournament of Champions. Without his Titleist hat, since he no longer has a golf club or hat contract with the company, Dufner gave us a peak into his off-brand collection this week in Hawaii. And it didn’t disappoint. During the week, he wore a Bear’s Club hat, a camouflage Toronto Blue Jays hat, an American flag hat, and most importantly, a Biggie Smalls hat.

Also, as I predicted in our Two Guys Talkin’ Golf podcast, Dufner switched into Mizuno JPX-900 Tour irons for the week. It was an easy prediction for me, since the JPX-900 Tour irons are what many pros have switched into when they’re fresh out of club contracts. Just add Dufner to the list. And while Dufner was spotted testing a TaylorMade M4 driver early in the week, he played in the event itself with a Titleist 917D2 driver that he used throughout 2017.

Dufner, who earned a spot in the Sentry TOC with his win at The Memorial in 2017, finished at 10-under par and T11. Not a bad showing, although he did lose by 14 shots to the freakishly good performance of Dustin Johnson.

Until Dufner inevitably signs contracts, his hat and golf club choices will be a must follow in 2018. And we’ll be here to keep you up to date on anything noteworthy.