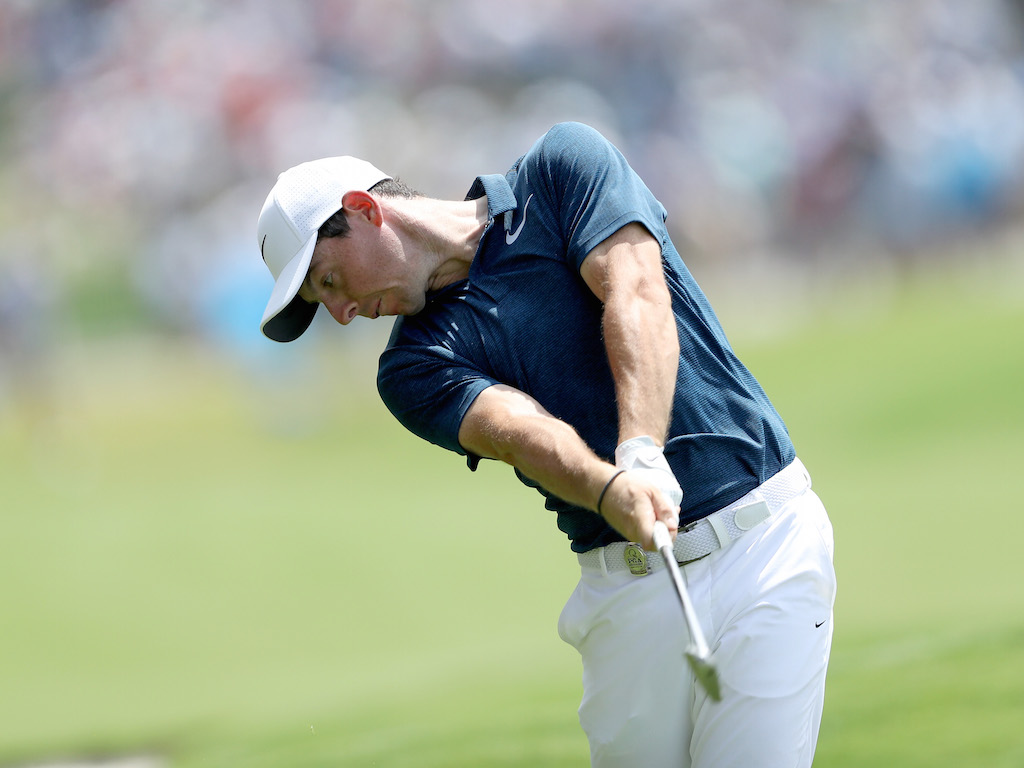 If you read my previous story, Tour Pro’s Revealed: 3 Tests to See How You Stack Up, you are well aware of the fact that improving your upper body power is one of three sure ways to increase your distance off the tee. If you have not, I strongly suggest you check it out to gain some context about what is to follow and what is critical for your golf game.

Through our testing and the testing done of many of the industry leaders in golf performance, we have found that the ability of golfers to generate “push power” from their upper body is critical to maximize efficiency and speed in the swing. The way that you can test your power is simple. Sit in a chair with your feet flat on the ground. Keeping your back on the chair, chest pass with both hands a 6-pound medicine ball as far as you can. When you compare this to your vertical jump as described in More Distance Off the Tee (Part 2 of 3): Lower Body Training Plan, the number in feet you threw the ball should be relatively close to your jump in inches.

If you threw the ball and it went 5 feet, you have an upper body power problem. If you threw the ball 25 feet and jumped only 14 inches, your upper body is not the problem — you probably need to focus on your lower body. It’s not rocket science once you understand what you are looking for. What can be challenging is knowing how to improve your power once you identify a problem. That is where the rest of this article comes in. What I am going to outline below are three of the most common upper body power exercises that we use with our amateur, senior and professional golfers.

This is one of the most basic exercises there is for developing upper body push power. Make sure your feet are about shoulder-width apart and don’t be afraid to use your legs to help maximize the punishment you deliver to against the wall!

Watching the video, you may be scratching you head and wondering why this is in the upper body power article when clearly the athlete is using his legs. The reason is that in the golf swing, power starts with the legs.

This one is simple. Laying on your back, all you need to do is push the ball up as high as you can, catch it on the way down and the explode it back up into the air as high as you can. If you incorporate this exercise into your routine even once a week, you will see huge gains in your ability to swing faster if this was a problem area for you.

That being said, power creation requires not only speed but also strength development. It is also important that you have a solid strength program to increase your ability to generate more force. While this is beyond the scope of this article, finding yourself a solid golf fitness expert will help you create your ideal program.

Inside the Ropes: 5 things you didn’t know about playing on the PGA Tour

Chris Finn is the founder of Par4Success and a Licensed Physical Therapist, Certified Strength and Conditioning Specialist, Titleist Performance Institute Certified Medical Professional and trained to perform Trigger Point Dry Needling in North Carolina. He is regarded as the premier Golf Fitness, Performance & Medical Expert in North Carolina. Since starting Par4Success in 2011, Chris has and continues to work with Touring Professionals, elite level juniors & amateurs as well as weekend warriors. He has contributed to numerous media outlets, is a published author, a consultant and presents all over the world on topics related to golf performance and the golf fitness business.

Golf’s Perfect Imperfections: Breakthrough mental tools to play the golf of your dreams

Incredibly important talk! A must listen to the words of Dr. Karl Morris, ham-and-egging with the golf imperfections trio. Like listening to top athletes around a campfire. This talk will helps all ages and skills in any sport. 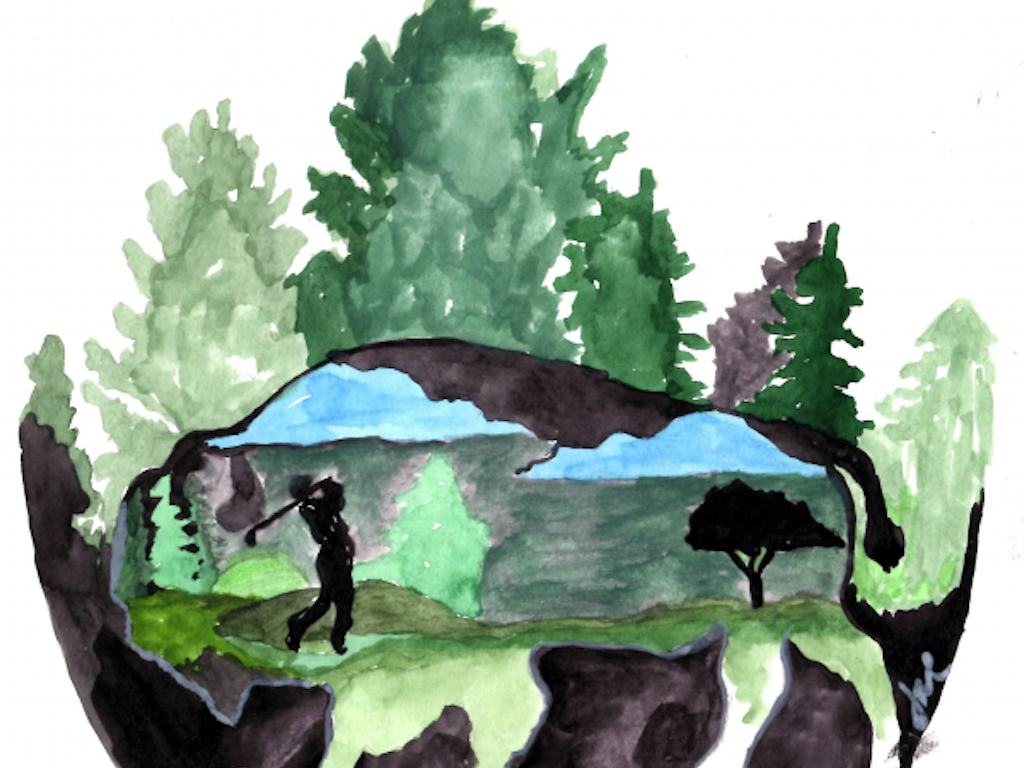 Here you’ll find the second installment of “A Golfing Memoir” as we trace a year in the life of Flip Hedgebow, itinerant teacher of golf. For January, click here.

He could never explain his given name. Why would a German family name their son “cirE”? Some mistook it for Sire and thought him presumptuous. As a lad, with fingers crossed, he hoped that other kids hadn’t the intellectual gumption to search a Gaelic dictionary, where they would find the translation of … wax.

Why do mothers name their children such odd names, and why don’t fathers object? Flip’s father had made a career of objecting to every sincere and frivolous pursuit the boy had undertaken. Why not object to cirE? Flip stared into the morning sun, preferring the more-than-momentary blindness, and surmised that the old man knew that it was a battle he couldn’t win. Carry this bowling ball around for nine months, pulling on organs, muscles, and bones, and don’t let me pick his name? uh-UH. Stored it all up and took it out on the kid.

Considering the brief nature of February, cirE “Flip” Hedgebow feared that planning was overrated, and that much was beyond his control. He had transitioned many times before, from south to north and from north to south. After a few years, he gave little thought to each move. Yet, despite experience and wisdom, he felt possessed by neither. Flip was not wrong; the turbulence roiled beneath the surface of his calm demeanor. Work a pro shop long enough, and you learn to pass emotional tsunami off as a wink and a nod.  If you can’t, you don’t last.

February was an odd month in the Sunshine state. The amateur snowbirds had departed, and the fairly-experienced ones began to arrive. Difference? Amateurs arrive for the first month of the new year, bask in the warmth, then head home for two or three more months of cold, and get sick. The fairly-experienced brood (usually 4-5 years into retirement or freedom) had figured this out, through pain and suffering. They made their reservations one month later, stunned that time was available for them. There was a reason for that, but Flip wouldn’t consider it for a pair more of fortnights. What the departure of the amateurs meant, was lower revenues, across the board.

Amateur snowbirds bathed in the deceitful glow of recent loosenings. They spent like there was no tomorrow when, for most of them, there were too many tomorrows. Their departure meant that registers wouldn’t ring (his mentor used that expression) like the chapel on Sunday. In the world of cirE, registers were tablets that used Square, and chapels didn’t do business like they did in the past.

The fairly-experienced crowd had settled into a February routine. No longer trying every new thing, they spent their Valentines month in nearly-perfect symmetry. They knew which restaurants to frequent, and which sales would appear in windows, at which appointed hours. Frivolous purchases were no longer their wont, as the writing on the wall began to show in greater clarity. Flip cared nothing of this…he cared about the diminishing returns and the lightening of his pocket clip. This generation suspected that March was the better month for rolling into northern Spring, but those who held those dates, weren’t giving up before a literal fight to the finish. So February it was.

Something else that the February armada offered, was time on the lesson tee. They weren’t giving up on youthful potential and conquest, at least not on the golf course. What they could not offer in the clubs, they could occasionally summon when money was on the line, and that would have to do. The majority of them accosted Flip over matters of distance and new drivers. The savvy ones asked when he could show them a shot or three around the green, or from the trees. If Flip ever had to run a Calcutta to save his life, he lived in the certainty that those savvy ones, those scramblers, would be the ones to back. Since all of them paid, the lesson tee was a bonanza.

No matter the month, Florida was a gold mine compared with New York. No taxes, and even the most frugal snowbird tipped and bought more than folks in rural Empire state. Flip’s nest egg needed to swell a few sizes, like the Grinch’s heart, before April Fools’ Day arrived. Something else that needed to swell, was his peripheral vision. For the second time in as many months, the potency and potential of the red-haired woman escaped his notice, as did the farewell wave she gave to Flip’s next student. Good things come to those who wait, but do they also come to those who miss? 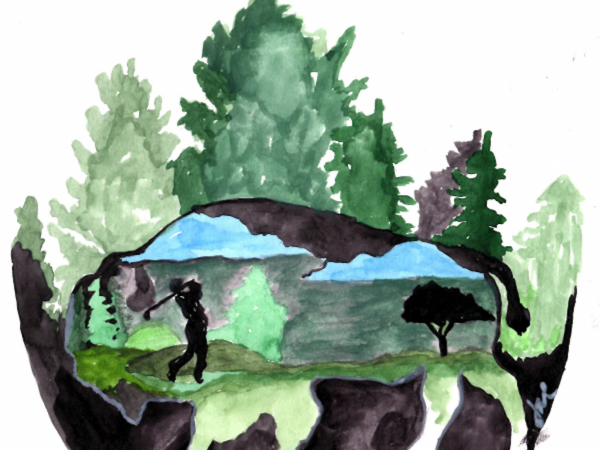