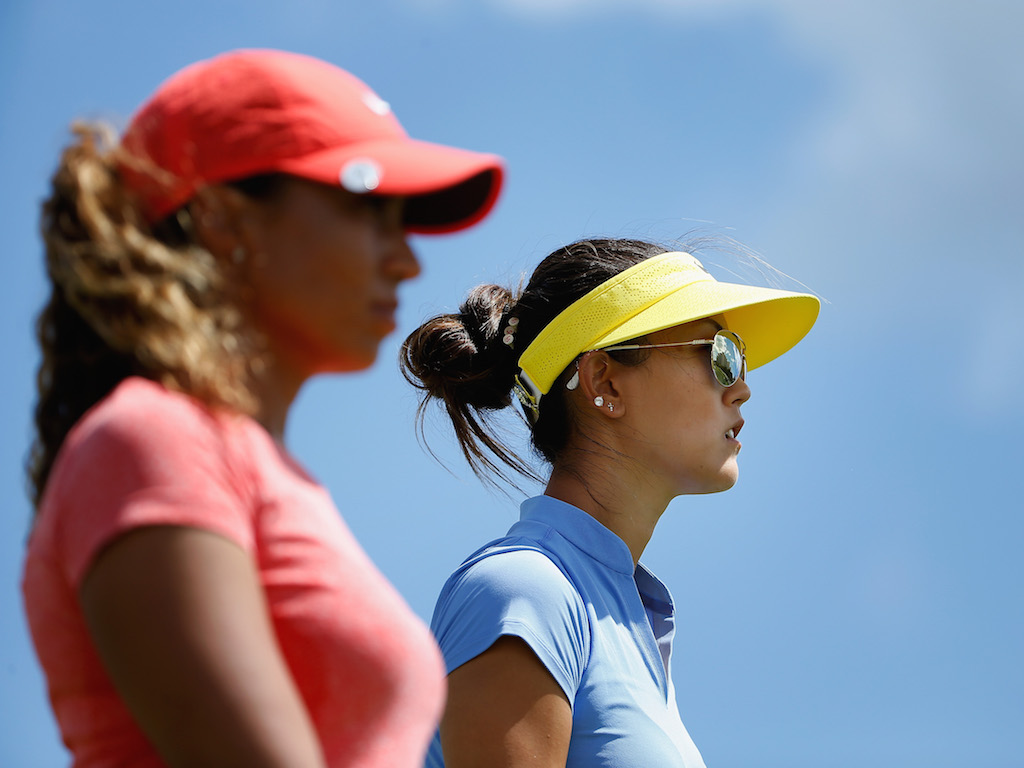 If you play golf, you probably watch golf on TV, too. For most, that probably means tuning into men’s events, or at least the four major championships.

But I have a question for you: Why do you watch men’s golf?

It’s completely understandable to want to watch the best and most popular golfers in the world. It’s exciting to watch the golfers you know and love, and witness them blasting 300-yard drives. That being said, if you’re looking to improve your own game, I suggest flipping on an LPGA Tour event, at least once in a while. The players are precise, consistent, and dominant in totally different ways — ways that likely look more comparable to your own golf game. Want to know why? Here are three reasons you should pick up the slack when it comes to watching women’s golf.

LPGA Tour courses (based on their average length) require shots similar to the ones played by the average golfer. While impressive, it’s challenging for me to relate to players in the men’s game who hit a 9-iron almost 200 yards. Most of us don’t have that shot in our bag. It’s more beneficial to me, and to most average male golfers, to see how LPGA golfers manage a golf course and the various shots. For instance, most golfers cannot go for the green on par-5 in two from 290 yards, so what yardage are the women laying up to? How are they attacking a 320-yard hole that isn’t drivable for them, or how do they deal with the second shot from 220 yards on a long par-4?

You can learn a lot from LPGA players in how they maneuver around a golf course while hitting the golf ball similar distances that you do.

With the average swing speed on the PGA Tour being 113 mph with a driver, it’s a pretty tough thing to duplicate – even for the very low-handicapped amateur player. The average swing speed for a 14-handicap male player is around 93 mph, which is almost identical to the average speed of an LPGA Tour player (94 mph). There’s a rhythm and a tempo that comes along with that speed, which the everyday player can identify with. Next time you tune into the LPGA Tour, put a golf club in your hand and mimic their tempo; this may help you smooth out your transition, or learn to slow down altogether!

Professional women golfers play the game how most people want to play (or, how most people should try to play). They are unbelievably accurate, rarely hit it out of play and are very consistent. These players will reinforce the lessons amateur golfers receive from their instructors. Every time I turn on coverage, I am amazed by the course management skills of every player. They rarely find themselves in a precarious position. I think every amateur golfer’s game would improve by channeling some of the accuracy of these women. The bomb-and-gouge style of play often seen on the PGA Tour is effective, but only if you have the strength and speed to escape from the rough or other difficult situations that style leads to.

Let’s be clear: This is not to say that the phenomenal talent that you see week-in and week-out on the men’s tour isn’t worth watching – it is. But if you’re a golfer interested in all aspects of the game (and bettering the parts that you struggle with), you should be flipping on women’s golf coverage, as well. If you’ve got a tee time the next day and don’t have time to get or watch a lesson? Watch a few holes of that week’s women’s event. It’s important to absorb information to improve your game. The men may have the daring feats that everyone wants to pull off, but the women have the game that will translate easier to yours. Do yourself, and your game, a favor and check them out.

WATCH: How To Remove a Stuck Tip Weight

Liz (Carl) Fradkin is the Championship Manager for the U.S. Women's Amateur Championship, Team Manager for the Curtis Cup and Women's World Amateur Teams and a PGA-USGA Rules of Golf workshop instructor. Prior to joining the USGA, Liz was captain of the Rutgers University women's varsity golf team.