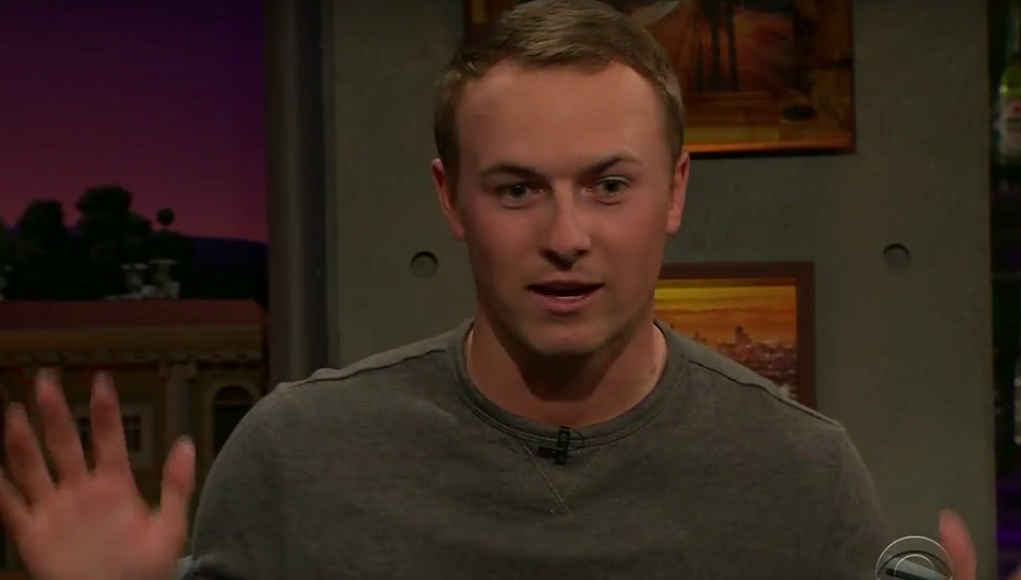 Jordan Spieth sat down with James Corden on The Late Late Show last night. Fortunately, the host worked in a couple of questions about his recent golf excursion with 44th President of the United States, Barack Obama.

Spieth, who golf fans should be happy is blossoming into an excellent storyteller, told two stories about his round with the former President.

The genesis for the first story: Spieth asked President Obama about the difficulty of the job and his advice for future Presidents. Obama gave a lengthy thoughtful reply that ended with him talking about…aliens.

You have to hear Spieth tell it. Then, stay for Spieth’s story about how their team match ended.

Great stuff. Obama has a reputation as an on-course trash talker. Spieth, as we know, is a dogged competitor himself and likes a good needle. If you’re a fan of golf, you have to be hoping for and Obama-Spieth head-to-head showdown.

And thanks to the magic of the USGA Handicap System, it can happen. Heck, mic them both up in a match for charity and record the whole thing. You’d watch, right?

Maybe Obama will spill some details about Area 51 in the process?