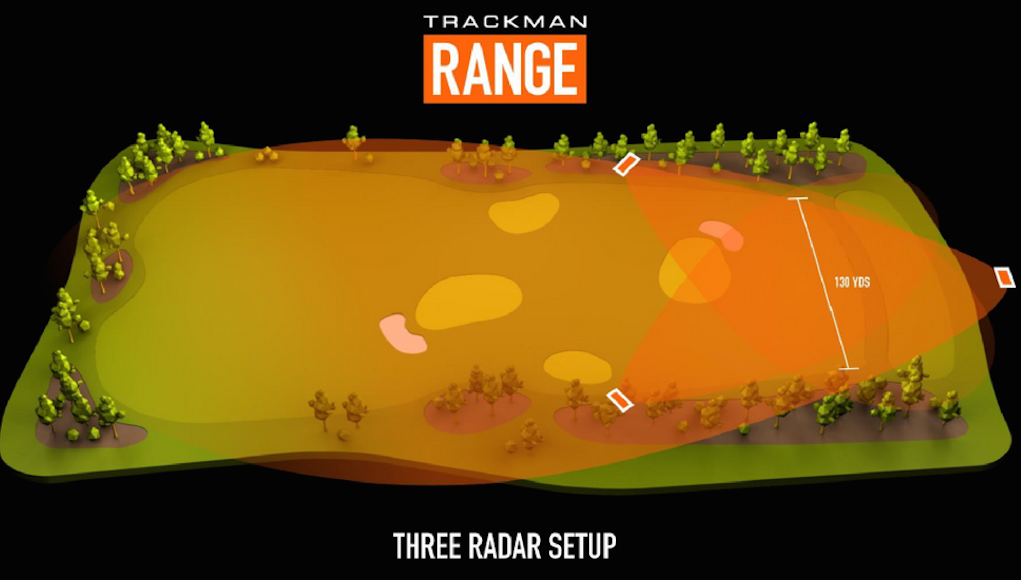 In May 2017, GolfWRX Contributor Adam Crawford published a story titled, “Is the future of golf hiding in Trackman’s code.” It detailed a new technology from Trackman called “Trackman Range,” which was at the time was only available in the company’s home country of Denmark.

Imagine walking onto a driving range, setting your bag down behind a selected spot of turf, and pulling your phone out. You scroll through your apps and select the Trackman app. Once you log on to the app, you’ll be connected to the Trackman server at said range, and then you’ll be prompted to hit a calibration shot. You take a swing, look at your phone once more, and the prompt will ask you, “Was this your shot?” You confirm it is and then you’re locked in.

Now for the next however long you’re at the range, Trackman will provide you the same data the pros are getting for each and every shot with the data hub right on your phone. While you’re checking your numbers, it will also be doing the same exact thing, at the same exact time, for the 75 other golfers hitting balls down range. And you didn’t have to pay a penny extra.

U.S. golfers don’t have to imagine this technology anymore… that is, if they’re willing to visit the Detroit area. Trackman has entered a partnership with Carl’s Golfland, a Michigan-based golf retailer and practice facility, to install its Range Solution at the company’s 15-acre Bloomfield Hills practice facility. The technology will offer golfers real-time stats for launch angle, ball speed, carry and total yards from the Trackman app, which golfers can download for free. Club head data won’t be available, but according to Trackman, future enhancements of single and multi-player range games will be offered “soon.”

As a Metro Detroit native, I’m ecstatic to have this technology available in my backyard. As much fun as places like TopGolf are, they’re no substitute for a Trackman range session. I hope this technology spreads.

Driver switch for Schauffele ahead of the Ryder Cup 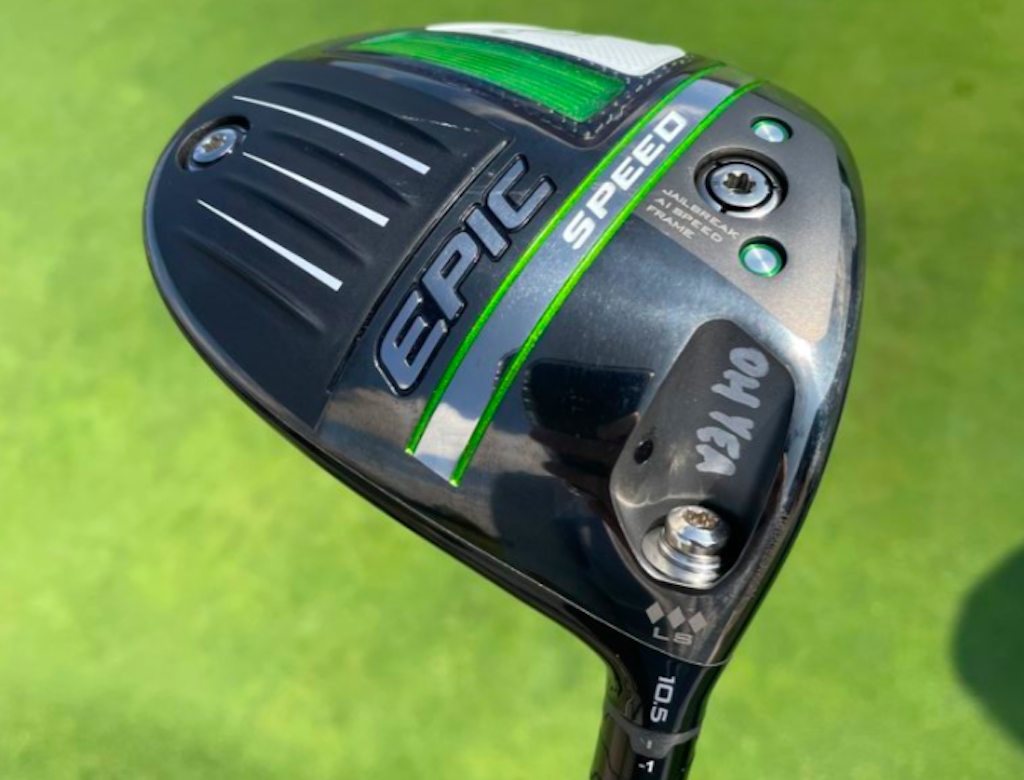 According to Callaway, the switch is the final piece in the optimization puzzle that began when Schauffele made the switch into the Chrome Soft X LS ball (the LS stands for low spin) in early June, before a run that saw him finish in the top-10 in the U.S. Open and win the Olympic men’s golf competition. 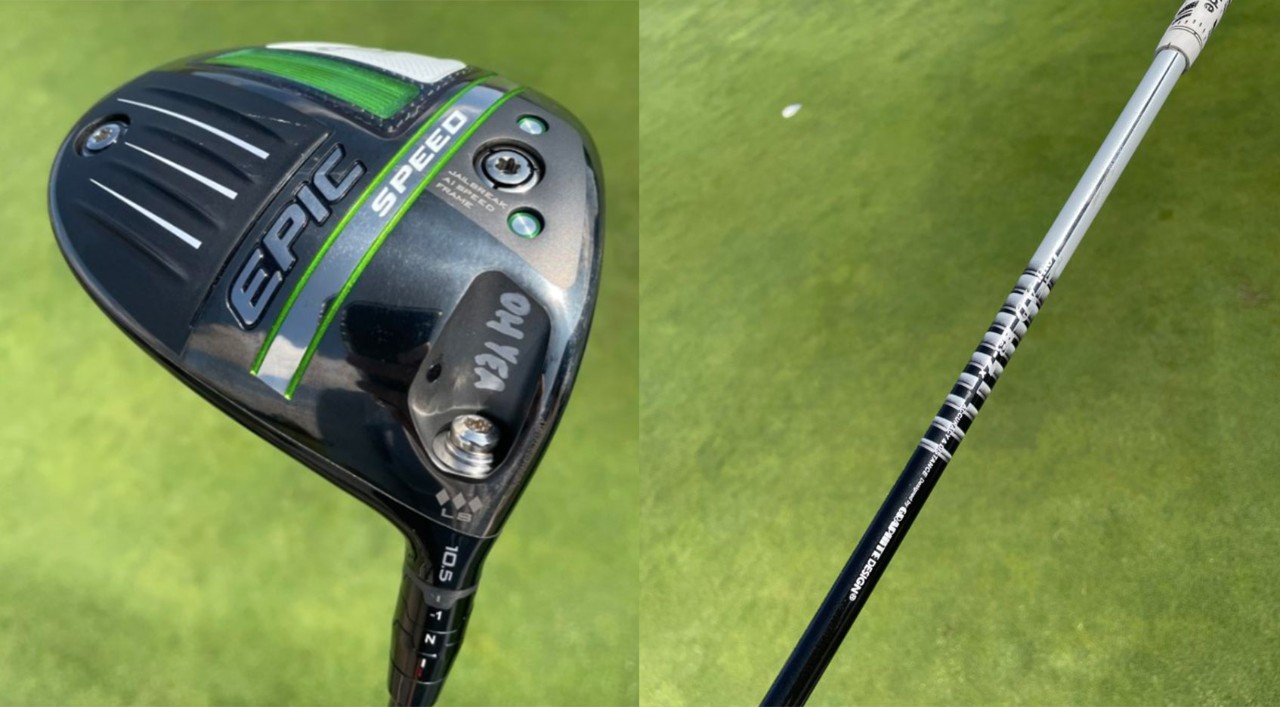 Schauffele is committed to using the ball for its across-the-bag performance, but the lower spin rate was compromising his ability to hit the tight draw he prefers off the tee.

In a quick-fix solution ahead of the TOUR Championship, Callaway TOUR rep Kellen Watson, installed a Graphite Design Tour AD IZ 7 X shaft to help Schauffele squeeze out some more spin with his driver. Schauffele continued his East Lake success that week, shooting the third-lowest 72-hole score of the week to finish fifth in the FedExCup.

However, for Schauffele and Callaway, a solution that allowed him to keep his Graphite Design Tour AD BB 7 X shaft in play was the ultimate goal. 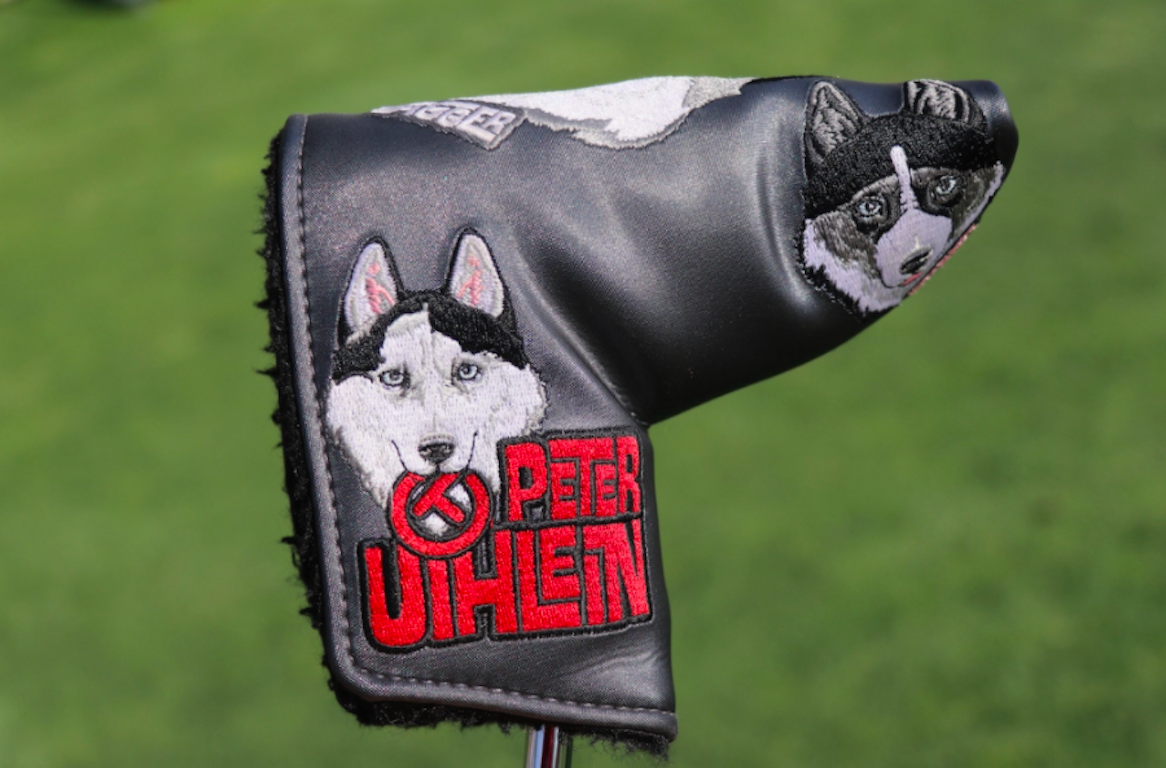 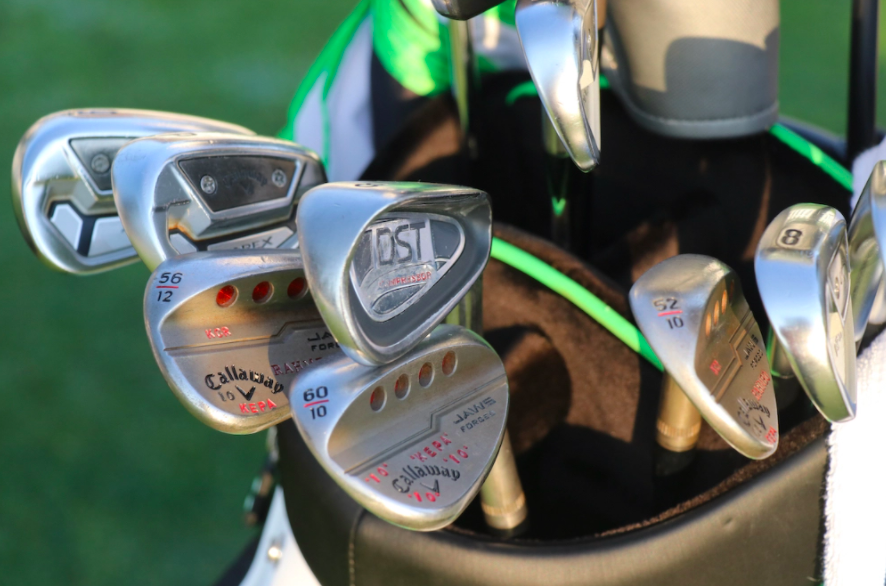 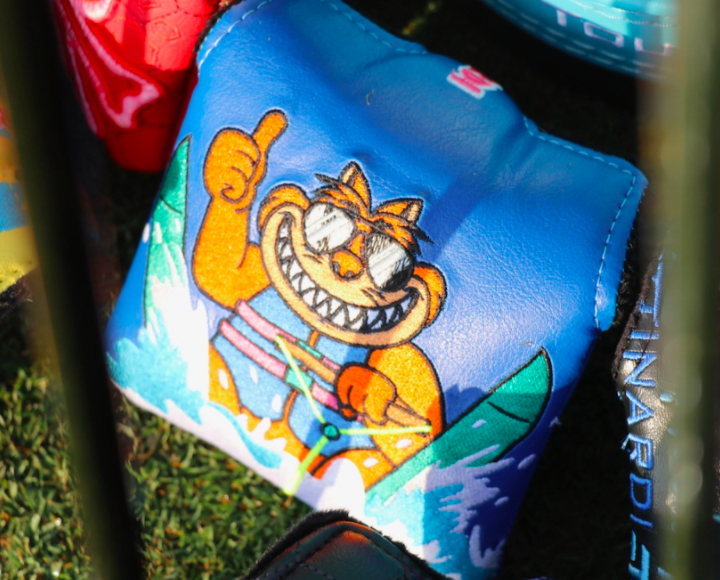 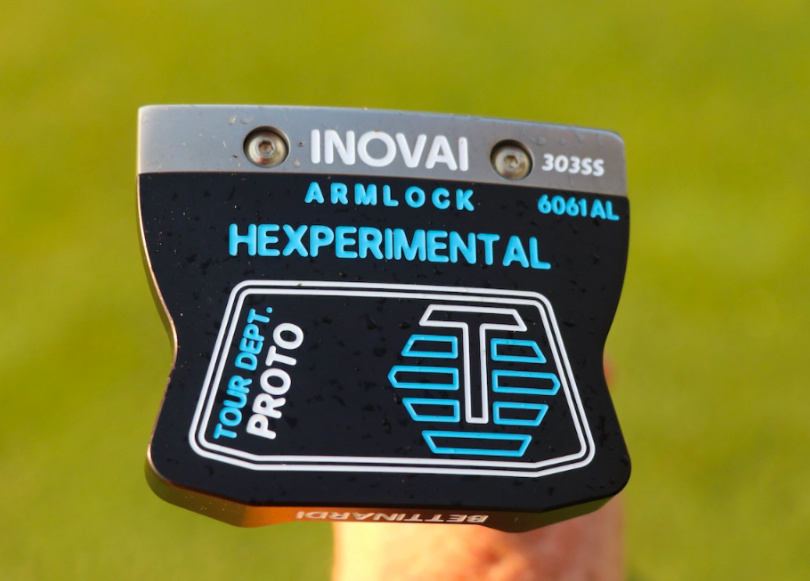 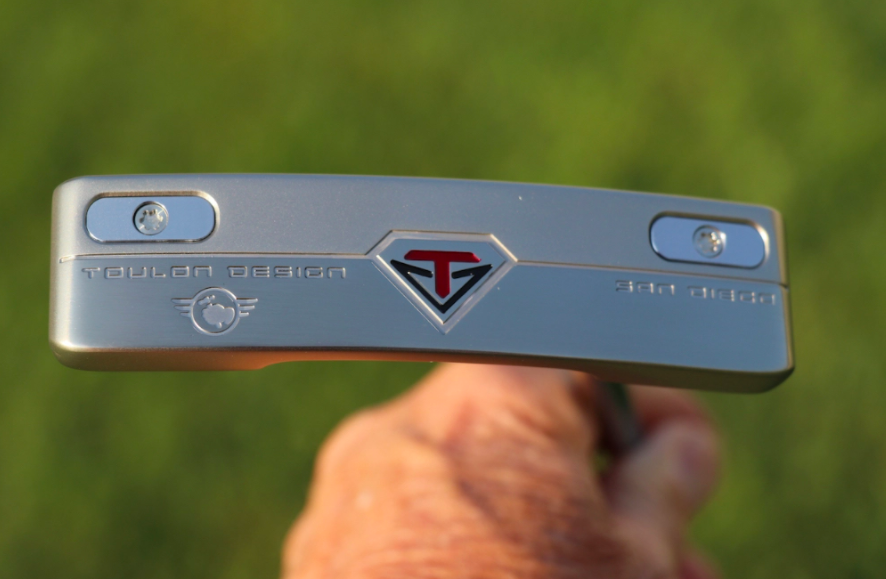 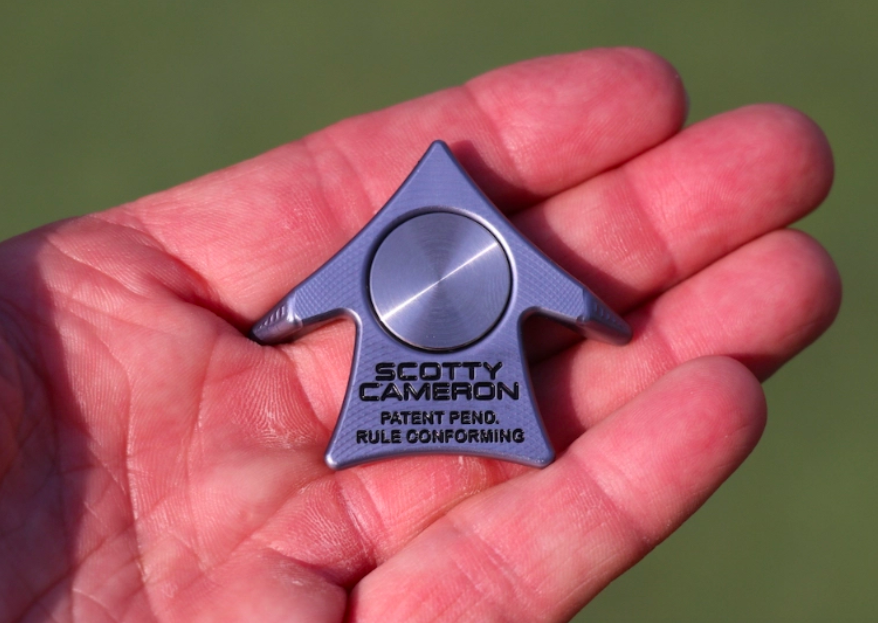 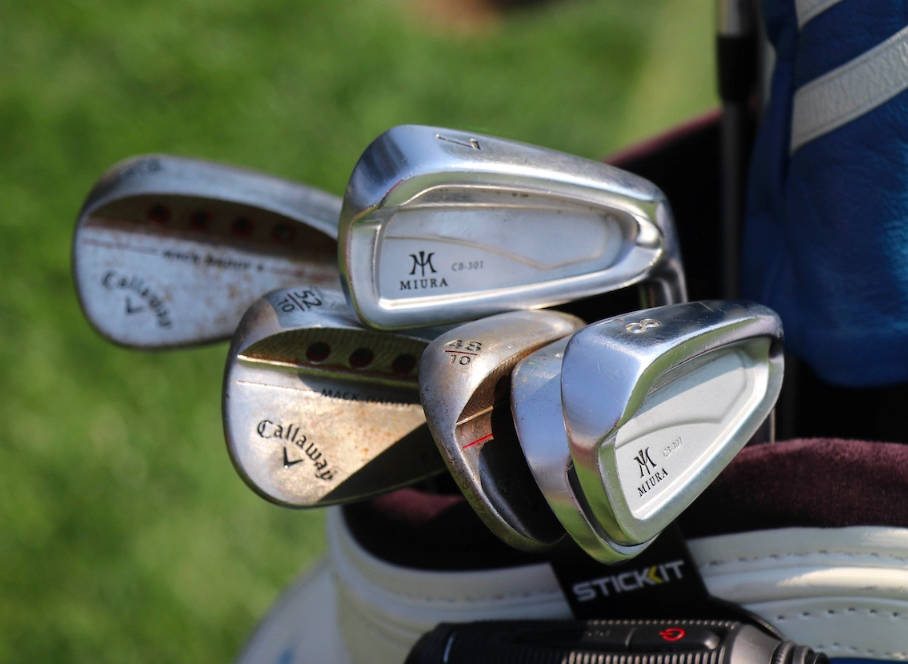 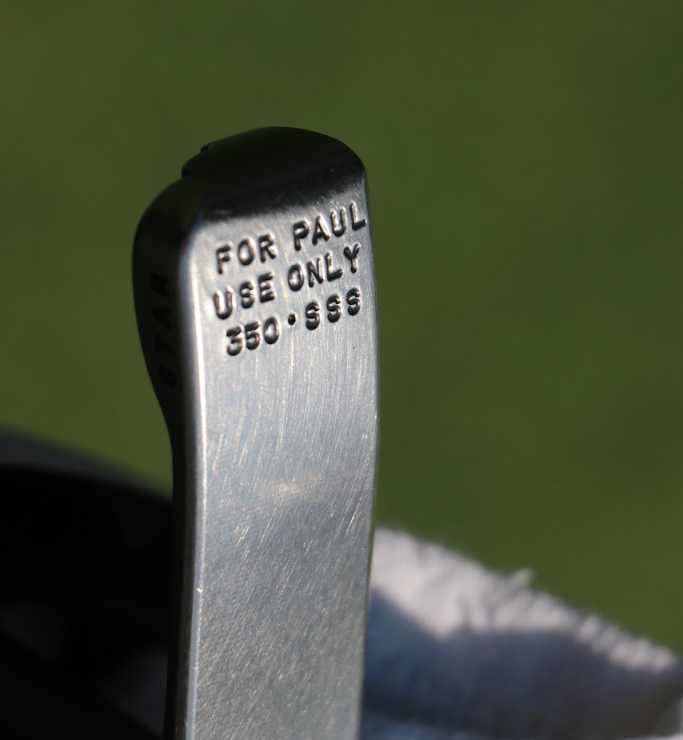 GolfWRX has an assortment of photos from the 2021 BMW Championship at Caves Valley Golf Club in Owings Mills, Maryland, including in-hand photos of equipment, shots from the range, exclusive photos of new Scotty Cameron T11 and T11.5 Prototype putters, and more.

Links to the galleries, below.

Here are a few of the most interesting shots from the BMW.

Scotty Cameron T11, T11.5 putters are prototypes and for tour players only. 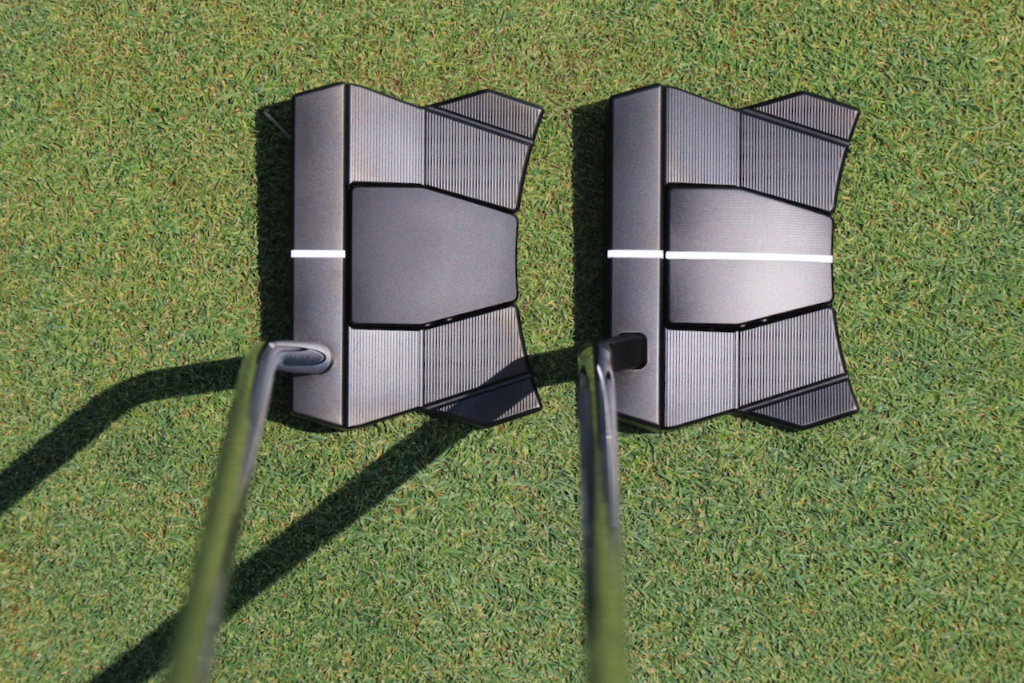 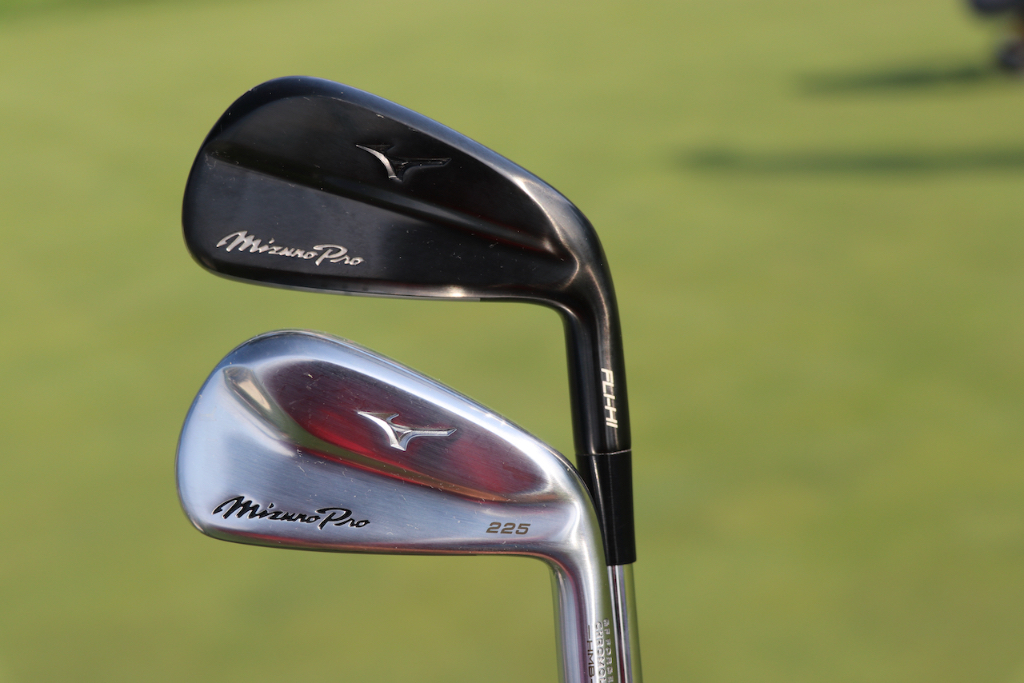 Gotta like the SuperStroke tour umbrella grip! Only Jordan! 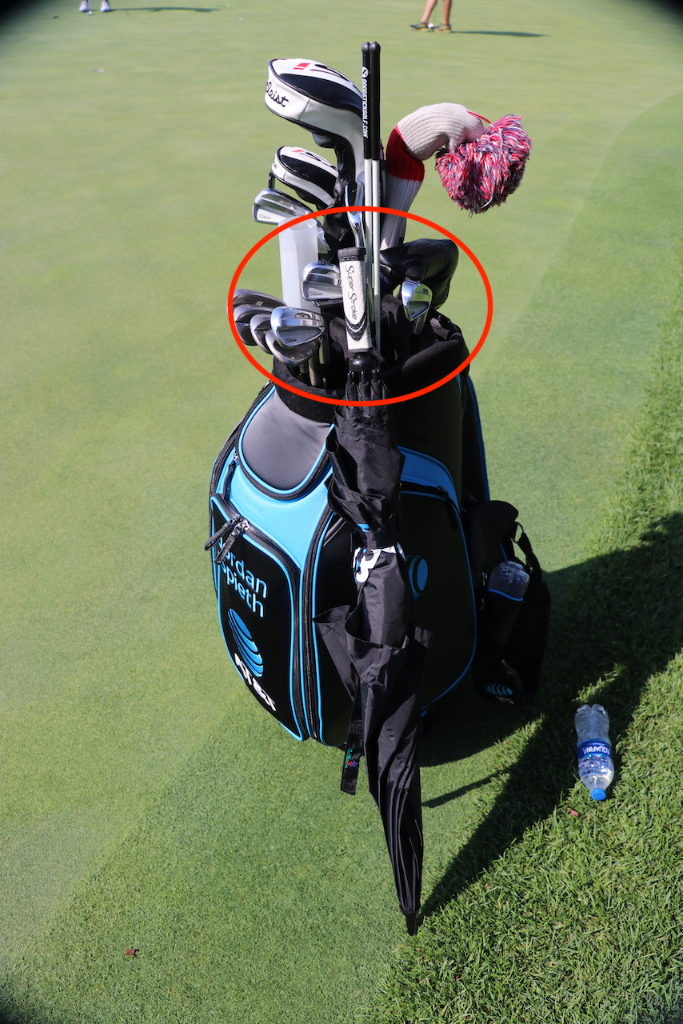 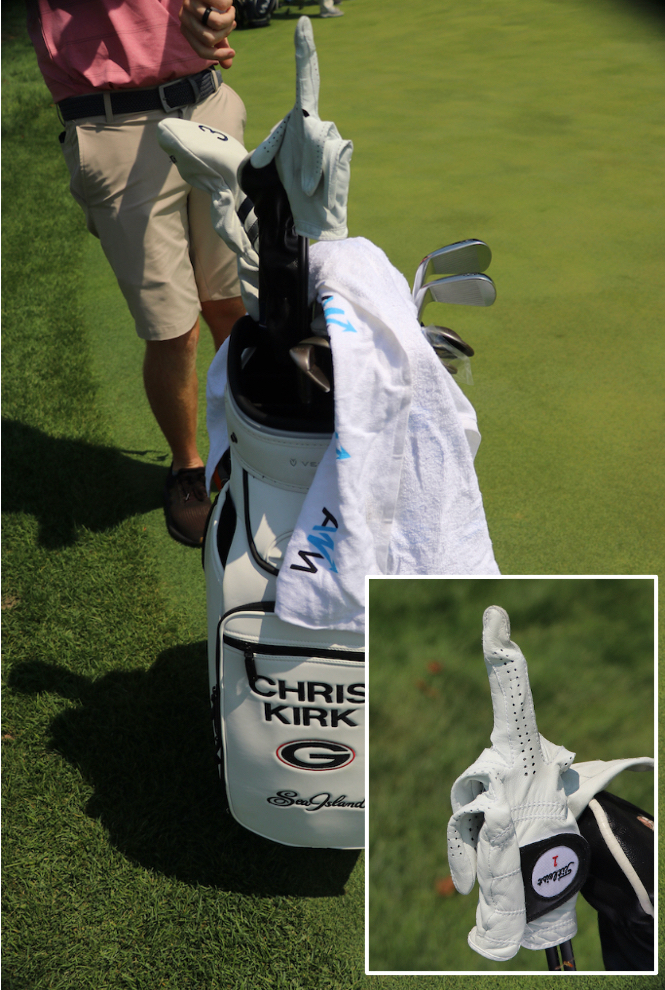 Paul Casey gets special treatment from Scotty. Normal pros get “for tour use only.” But if you have met Paul, you know he is good people. 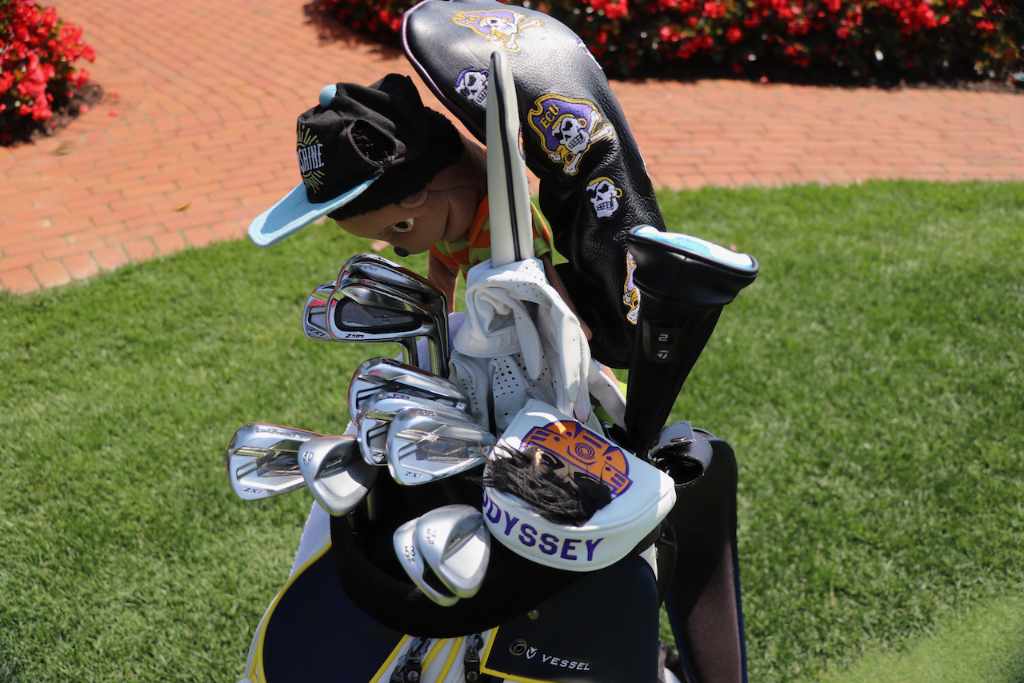 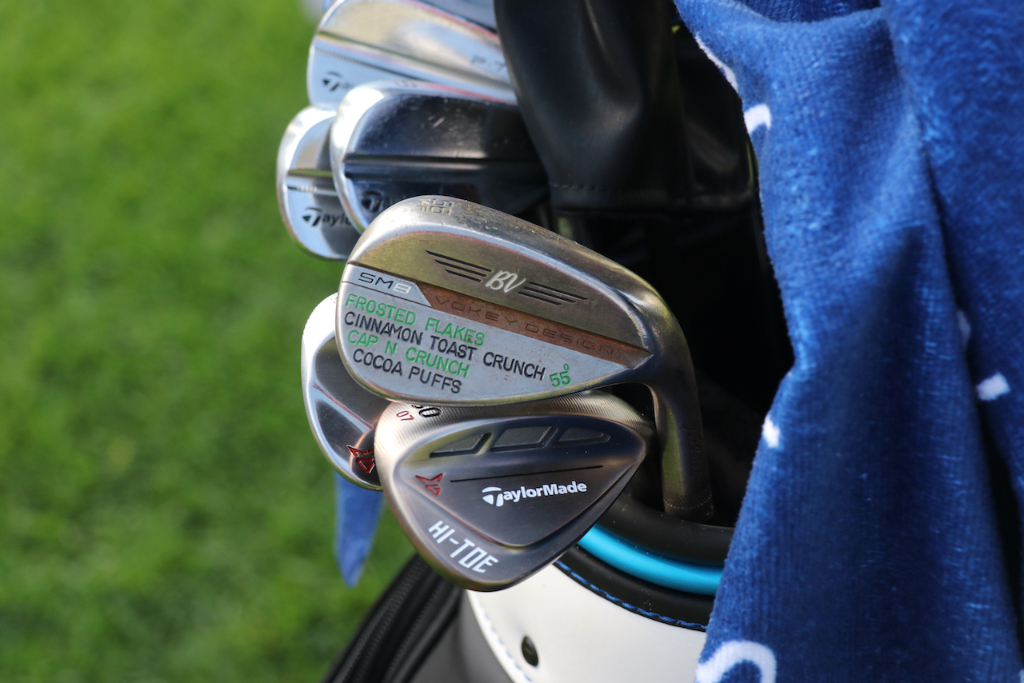 Corey Conners with new Ping i59 irons in the bag. 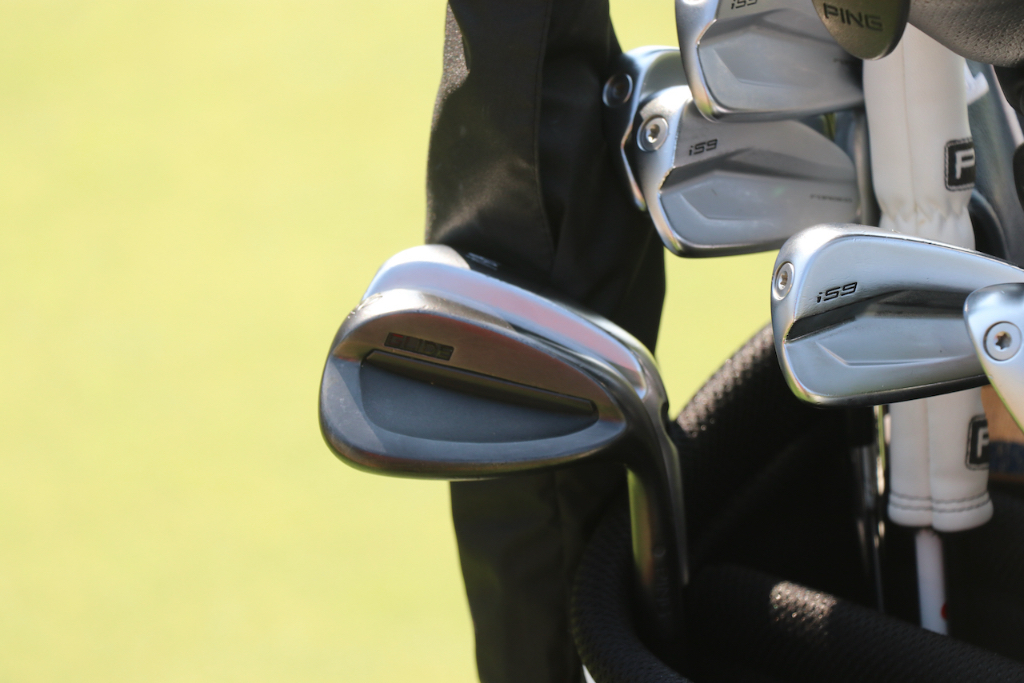 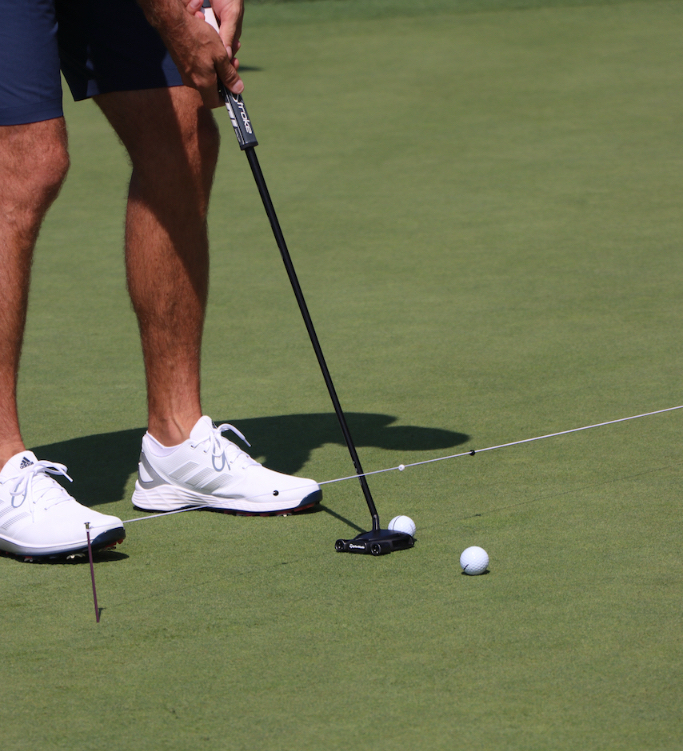 All our photos from the 2021 BMW Championship