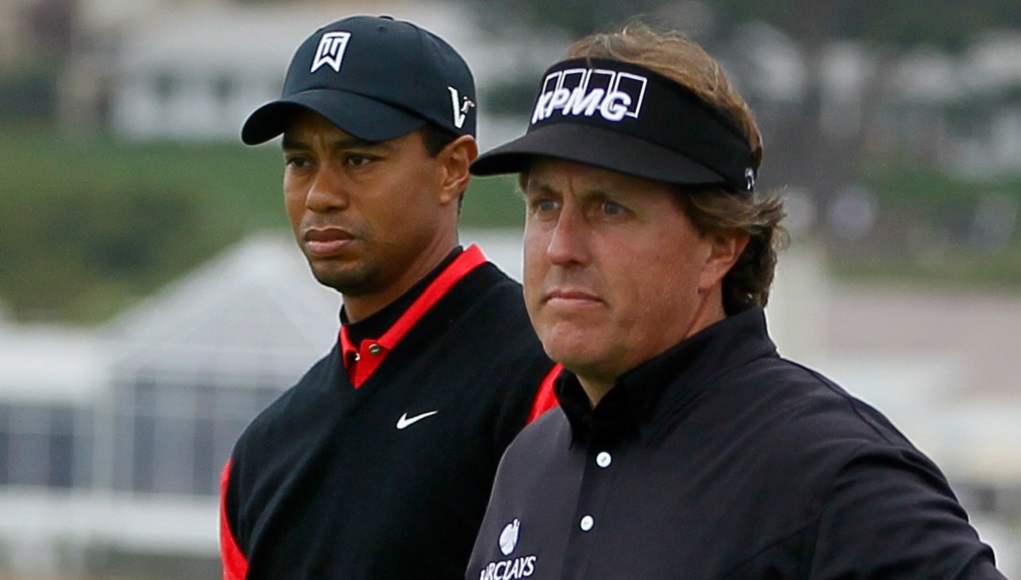 You know this story: Nobody suffered more under Tiger Woods’ regime of Tour domination than Phil Mickelson.

From 1996 through 2013, Tiger Woods won 79 times on the PGA Tour. Phil Mickelson won all but nine of his 42 PGA Tour tournament titles during that same stretch of time. So, it stands to reason, Phil would have won a few of those tournaments, right?

So when Mickelson, who is competing in his 100th major, was asked ahead of the PGA Championship how his career would have been different if Woods had never said, “Hello, world,” you’d expect him to say, “I’d have won more.”

Instead, the singular left-hander essentially said the opposite.

“I feel as though had Tiger not come around, I don’t feel I would have pushed myself to achieve what I ended up achieving, because he forced everybody to get the best out of themselves.”

“He forced everybody to work a little bit harder. He forced everybody to look at fitness as a big part of the game of golf, and I think that’s actually helped me with longevity, working with my trainer, Sean Cochran, for 14 years now, trying to stay flexible and so forth to elongate the career.”

“And I feel like that’s been a big part of it and he was a big influence on that. So I don’t think I would have had the same level of success had he not come around.”

Is this how Mickelson really feels? Is he just being gracious? Ernie Els, for his part, offered a much more glass-half-empty (and reasonable) take.

“But, you know,” Els said. “I could have had a couple more, definitely, without him around.”

Definitely. Check out Phil and Ernie below, courtesy of Golf Channel.

"So Phil, what if Tiger had never come around?" #PGAChamp pic.twitter.com/FX4D6UvLrg

How far can Rory McIlroy drive the ball in a space suit? Find out.