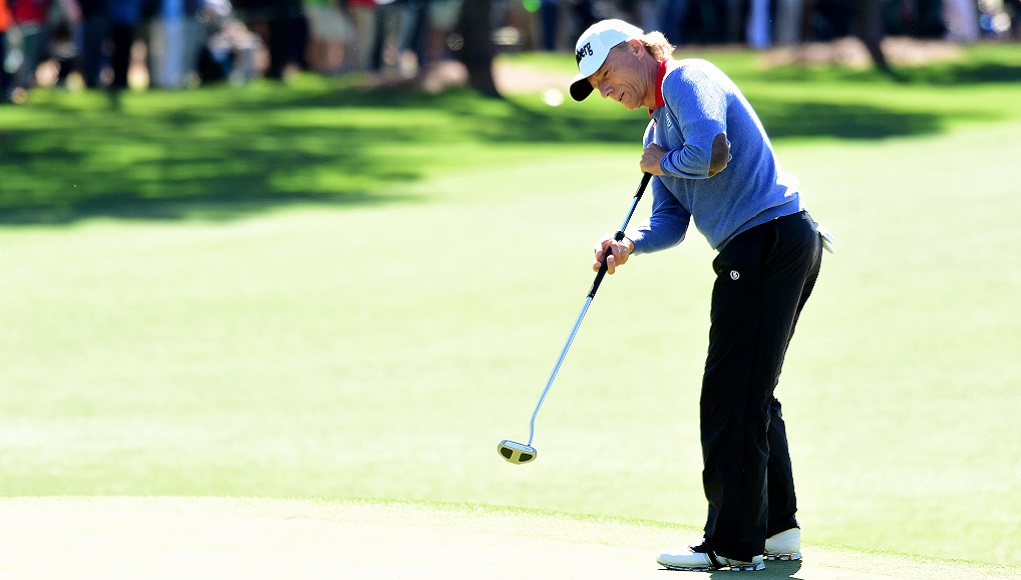 In response to both public and media scrutiny of their putting strokes, Bernhard Langer and Scott McCarron have released a joint statement insisting they are fully compliant with the Rules of Golf.

Interestingly, the authors of said Rules, the USGA, seconded the joint statement with a statement of their own (Hey, we just report this stuff).

So without further ado, the trifecta of statements, starting with persona non grata Bernhard Langer.

McCarron says he doesn’t anchor…and he’s willing to show anyone who’s in doubt.

“I’d like to emphatically say that I do not anchor my hand, arm or club against my body during my putting stroke. I have worked with the USGA and PGA Tour Champions rules officials to ensure that I am within the Rules of Golf, and I have extended many invitations to demonstrate and teach people how to use a long putter without anchoring.

“I have never competed dishonestly because I have the utmost respect for the game of golf, and I will continue to represent myself and the sport to the best of my ability.”

The USGA, since they drew the line in the sand, had to acknowledge which side of the line Langer and McCarron fall on.

“We are confident that Rule [14-1b] has been applied fairly and consistently and have seen no evidence of a player breaching the Rule, which does not prohibit a hand or club to touch a player’s clothing in making a stroke.”

“Integrity is at the heart of the Rules and how the game is played worldwide, and this essential value has made the game enjoyable for all golfers.”

For the sake of our collective sanity, USGA: Conventional-length putters or anchors away. This middle ground is maddening.

Jon Rahm’s ball mark: To penalize or not to penalize?