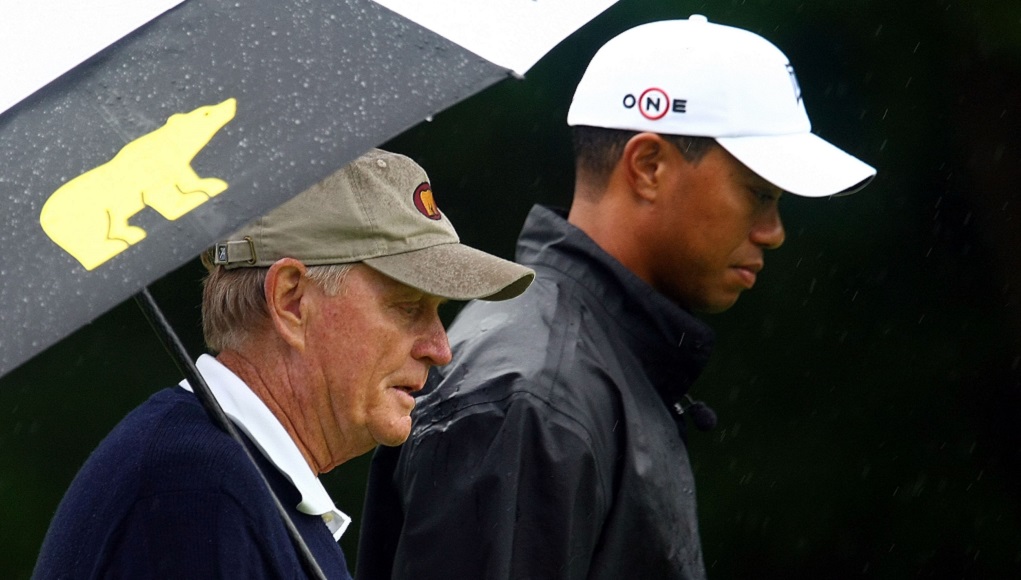 Before we discuss Jack Nicklaus’ recent take on Tiger Woods’ future prospects, let’s ponder a different question: Why do we care what Jack Nicklaus thinks? Is it just because every time Jack talks Tiger, it’s fodder for another article? Is it because we believe Nicklaus has some insider information about Woods?

Well, with respect to those general questions about Nicklaus talking Woods, we can skirt that discussion for now, because there is something of note here: The Golden Bear is offering a different perspective on Woods’ future prospects in light of the golfer’s recent difficulties.

Nicklaus, as we know, has maintained a consistent drumbeat of the following sentiment throughout Woods’ setbacks in recent years: He’ll be back. He’ll be healthy. He’ll break my record. Now, however, Nicklaus is saying something different.

While attending a charity event in Aldie, Virginia, Nicklaus offered the following thoughts on the 14-time major champion’s future.

“He might come back and play — I think it’d be pretty tough for him…and as many problems as he’s had recently,” Nicklaus told USA Today on Monday. “His problems are more life problems than they are golf problems right now.”

Woods remains in treatment for substance abuse issues for an unknown amount of time. He’s not expected to return to professional golf this year.

“He’ll have a very hard time. I don’t know whether Tiger will play much golf anymore.”

Now, it sounds like Nicklaus is more concerned by Woods’ fourth back surgery in as many years than his second trip to rehab, but it’s nice to see Nicklaus is sick of toeing the party line. The chances of a Tiger Woods comeback that will result in TW winning another five majors has been unlikely for two years at least.

With one of the last and most prominent holdouts in the “relentless optimism” camp, it’s a dark day for public sentiment regarding any Woodsian return to glory.