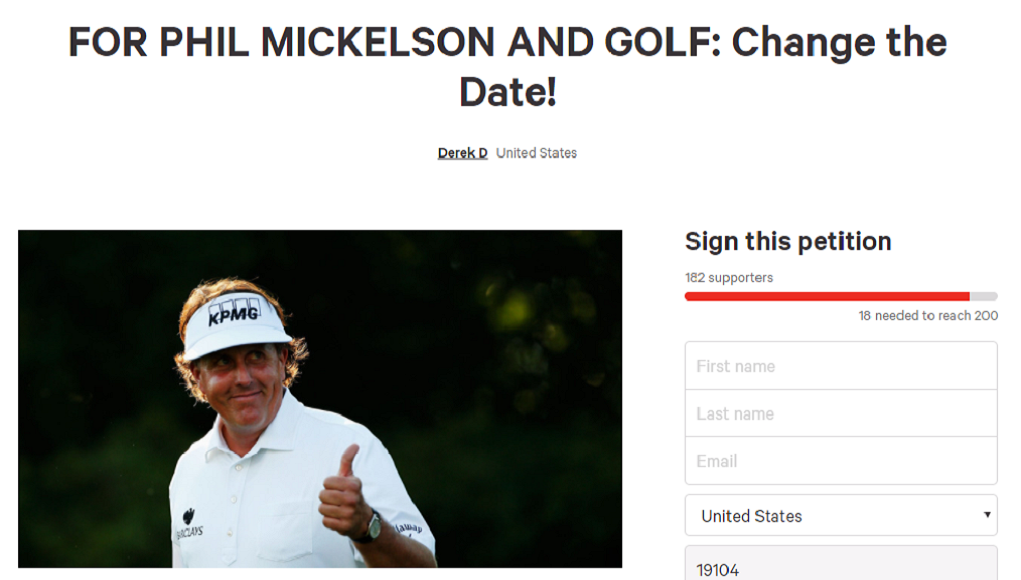 Mickelson is yet to officially withdraw, allowing for improbable and unforeseen occurrence (such as the first round being suspended due to bad weather). So, it’s all but certain the left-hander won’t be making a bid for the career grand slam this year.

Certainly, this fact isn’t sitting well with many golf fans. One in particular, a club pro by the name of Derek Deminsky, is trying to do something about it.

Deminsky started a petition at Change.org to “change the date” of the Pacific Ridge School’s graduation.

Here’s what he writes in the petition.

“On behalf of golf fans everywhere, I am requesting to see if there is ANY WAY possible to reschedule your graduation ceremony to Wed June 14th (or before) to allow Phil Mickelson to play in this year’s U.S. Open and continue his quest for the career Grand Slam.”

“For Phil not to play to see Amanda speak is absolutely beautiful and shows the kind of caring father and family man he is, but if there is ANY WAY POSSIBLE to move it to the day before, I and MILLIONS of golf fans everywhere would GREATLY appreciate it!”

While there are too many factors in play for the school to change the graduation date, most likely, you have to appreciate the effort of a Phil Phanatic to see Mickelson at Erin Hills.