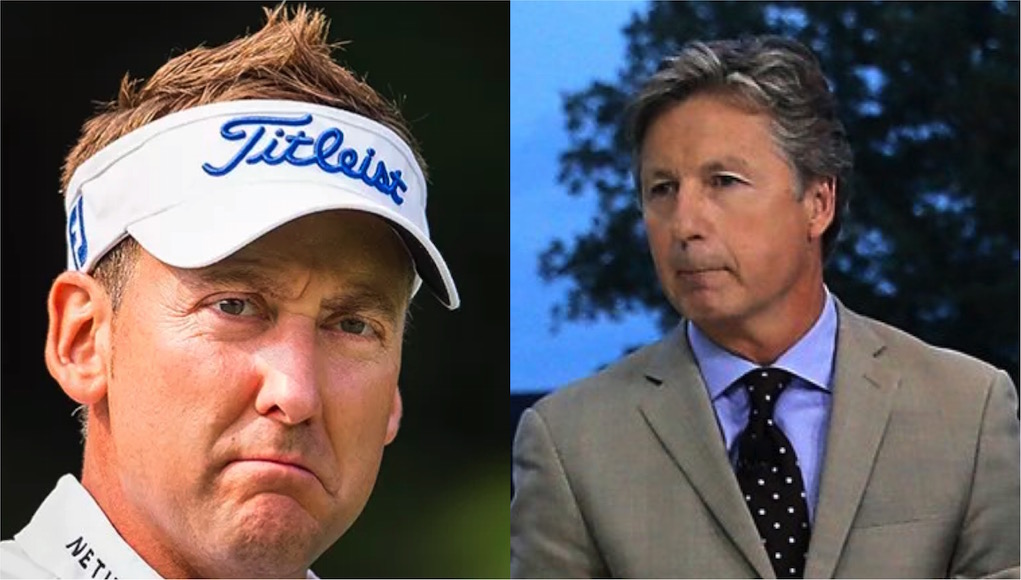 Golf Channel analyst Brandel Chamblee used his television platform on Sunday to call out Ian Poulter on not playing to win The Players Championship — a bold claim, for sure. But Poulter’s response implying Chamblee isn’t even qualified to make that claim is even more bold, in my opinion.

In case you missed what happened: With 238 yards to the pin on the par-5 hole No. 16 at TPC Sawgrass’ Stadium Course, with his ball sitting up in the rough, Poulter decided to lay up and then proceeded to play his approach to the center of the green away from the flagstick. He also played away from the pin on No. 17 — the island green — hitting it to the meat of the green. On paper, it does indeed sound as though Poulter wasn’t doing everything he could to win the tournament, but the wind was up, his lie on No. 16 brought the water over the green into play, and going at the far right flagstick on No. 17 is reckless; that’s not to defend him, those are just facts. With his T2 finish, it should also be noted that Poulter will now keep his Tour card, which was recently in serious jeopardy.

After being called out by Chamblee, Poulter said this in response on Twitter.

Sorry to disappoint, I can only dream of being as good as Brandel.. it’s clearly very easy sitting on your arse… thanks for the support. https://t.co/hK8rs8NcXW

This line of thinking will just never make sense to me.

Brandel Chamblee isn’t your uncle who can’t break 80 but claims he could stick it on 17 on Sunday. He’s not some armchair quarterback throwing beers back on Sunday while flipping between The Players Championship and the Yankee game. Chamblee is a professional golf analyst and also played golf at an extremely high level. Who would Poulter say is more qualified to analyze the golf tournament? Would Si Woo Kim be more qualified to say Poulter wasn’t playing to win? Or perhaps Poulter’s caddie would be the best candidate since he wasn’t “on his arse” and was actually there, although that would raise some questions of neutrality.

Also, does that mean Poulter believes coaches who haven’t played at a high level professionally are not as qualified to coach as others who have? Would Ian Poulter himself make a better swing coach than Sean Foley because Foley hasn’t “been there” down the stretch in a professional tournament? What about Tour caddies; Does Poulter fire back at his caddie about not being “good” enough to suggest a certain club or shot?

I’ve never worked as a chef in my life, but I know when the meal is too salty. I also know that laying up on 16 with 238 to the green means you weren’t doing everything possible to win the event — and I didn’t have to play in The Players Championship to know that.

What do you think?