Saving money has been a hot topic of late since it seems the price of everything is going up. Golf is no exception. If you’re in Southern California, there are a multitude of muni choices that are easier on the wallet than joining a country club but feel less like a shabby muni. Here’s a quick rundown on three public courses that I’ve been to that have a certain quality about them that makes them worth at least a try:

Rancho Park, Los Angeles: This place has a lot of history and is located in a more upscale part of the city (Century City/Rancho Park). There are some trade-offs as it has a reputation of taking a very long time to get through because it is so popular. It’s been called the “most played course in the country” more than once. Most say that it’s a challenging course in a good way. The range often has a bit of a wait as well. While much of the facilities could use some renovation, the course is quite nice. Be patient and you’ll have a great time since you’ll spend between 5-7 hours depending on the day. I’ve read reviews that claim this can be closer to 8 hours on a busy day. Forget the weekend and use a sick day to go mid-day during the week. This has 18 holes, 6,688 yards, and is a par 71. The course record is 61. Weekends are $25 and weekdays are $20. Carts are available for $21 before 4:00 pm and $14 thereafter. (Oh yeah, and if you do play here, run over to Santa Monica Blvd and Ave of the Stars to the mall and eat at Houston’s when you’re done.)

San Clemente, San Clemente (South Orange County): Called “The Pride of the Pacific” this course is quite beautiful. Make sure you bring at least light jacket/sweater for most of the year as the breeze is directly off of the cold Pacific Ocean. It can be downright “frigid” in the winter months (trust me on this one). The pro shop, restaurant, and snack stand are immaculate and have better than average food and drink choices. There is a range but it fills up pretty quickly since it only has around ten stalls. The pace of the course is about 4-4.5 hours and the mellow vibe abounds. This course is also an 18 hole, is a par 72, and 6,447 yards. Prices are $41 for weekends and holidays, $33 on the weekdays, and $25 weekday twilight. Carts are $14 and pull carts are $2. (After your game drive down El Camino Real and pass the “downtown” area. Just north of where the bulk of the businesses are is La Siesta, where you get not only good food, but some of the friendliest wait staff in South Orange County.)

San Juan Hills, San Juan Capistrano (South Orange County): Also an 18 hole par 71, this course definitely has an upscale feel and is pricier than the other two. Again, a nice pro shop and restaurant are here as well as a rather large driving range with plenty of stalls. The wind can be a factor here but the hilly setting is quite nice. The estimated time is also about four hours. This place is definitely one of the best all-around as it seems to have the best of everything for every golfer. Monday – Wednesday you can walk the course for $40 or do it with a cart for $55. Thursday, Friday, and the weekend are cart only and $55, $60, and $73. The weekend rate of $73 is the same for holidays but there are also twilight specials throughout the week. (This is very close to the famous Mission so follow the signs to see it before you leave. There are some worthwhile places to eat right next to it as well).

Chopra Leads Buick Open by 2 After 3 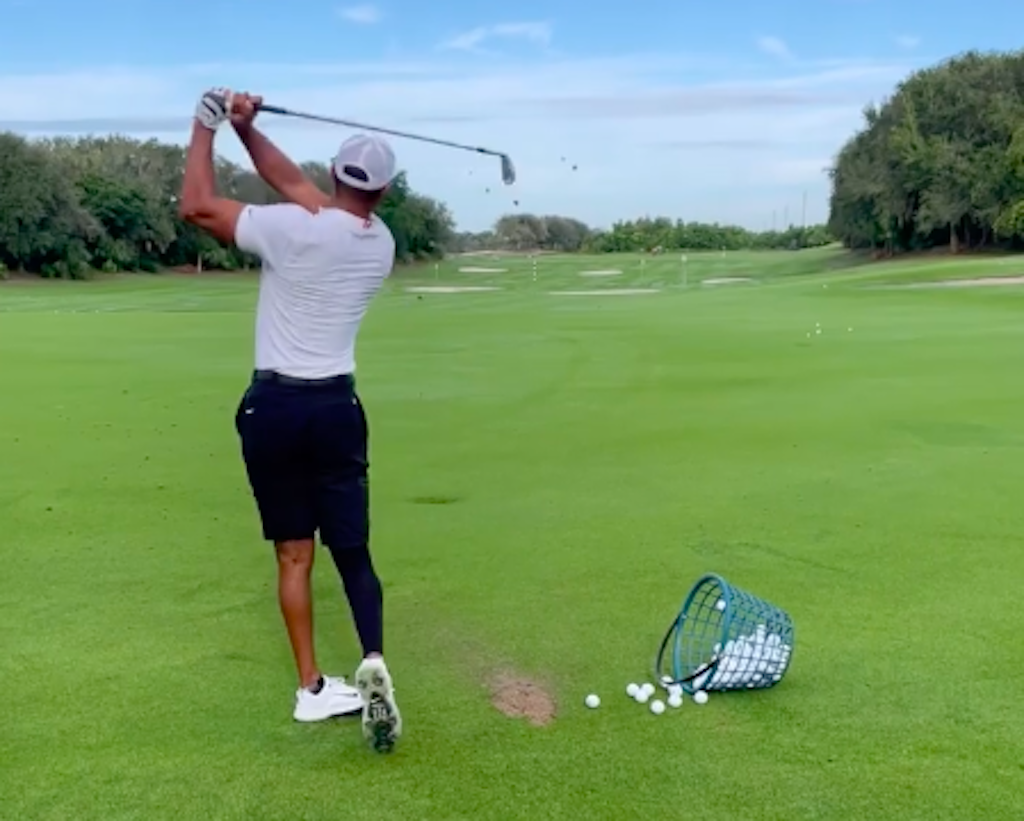 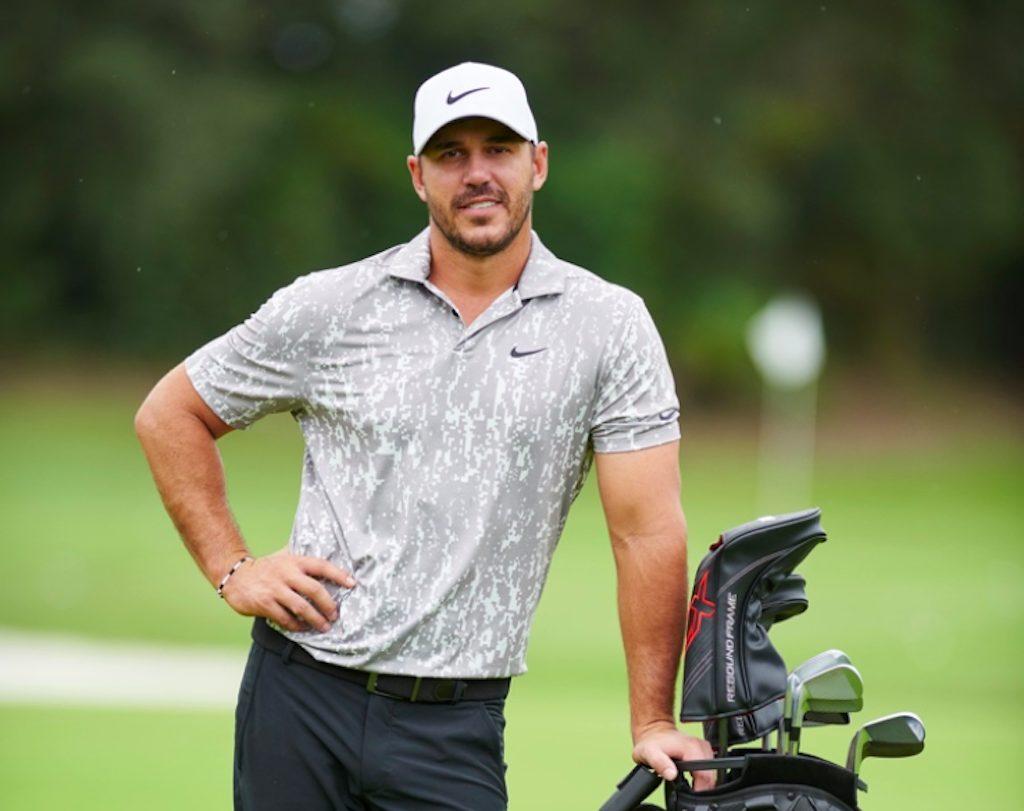 Srixon and Cleveland Golf have today announced that Brooks Koepka has joined its tour staff.

As part of the new deal, the four-time major champion will play a Srixon driver, Srixon irons, Cleveland wedges, a Srixon golf ball, as well as carry a Srixon Staff bag.

The 31-year-old began working with Srixon’s Tour Department earlier this year and played the brand’s ZX7 irons throughout the 2021 PGA Tour season.

“I am very excited to join my good friends Shane Lowry, Graeme McDowell and Hideki Matsuyama as a Srixon and Cleveland Golf Tour Staff member. I’ve been an equipment free agent for the past few years, so it will be fun to be involved with a company on a daily basis and be able to contribute to the development of their future equipment.

“I put the ZX7 Irons in play in January and it is the best iron I have played on Tour. I look forward to kicking off our new partnership this week in Las Vegas!”

“We’re extremely proud to have Brooks come on board as our newest Staff member. He’s one of the best players in the world and brings his major championship pedigree and validation to our brands. We’re excited for Brooks to join the Srixon and Cleveland Golf family and look forward to supporting him out on tour.”

Koepka will make his debut as a member of Team Srixon/Cleveland at Capital One’s The Match on November 26th against Bryson DeChambeau.

This is it. Really, this is it. This is really it. The soon-to-be-renamed European Tour is done. The PGA Tour is done. The LPGA is done. I’m done. Happy American Thanksgiving. It’s colder than the Canadian one, but a good cold breeze is bracing. It also reminds us to get inside, so that we don’t get sick, or frostbite, or some other malady. It also reminds us to be thankful for things like … shirts that don’t tear when you shoot 74 in the final round and fall from first place to another level of frustration (hypothetically speaking, of course.)

I remember that summer of 2019, when Collin Morikawa and two other college stars made their debuts on tour. The guy with the powerful, funky swing won right away. The other guy, the Nordic one, seemed destined to win soon enough (he would win in February of the next year.) Even though Morikawa won in 2019, pundits assessed him to be third in line to the throne. Two years have passed, and there is no line. the Iron Throne belongs to Morikawa.

The Californian from Cal-Berkeley owns two major titles, six worldwide wins, and his first Order of Merit. I’ve always liked that title. Way better than Race To The Cup or any other moniker out there. I’m bringing it back. Morikawa had a good hold on the European Tour’s season-long race, thanks to his Open title in July and his WGC last February. He came to Dubai with great focus, answering few to none of the pointed questions aimed his way. In contrast, and to his credit, Matt Fitzpatrick wasn’t giving up.

The Englishman wasn’t defiant, but he was gritty. He insisted that, as we all know, the tournament and the season were not over until the flagstick was replaced. Fitz did his part with a 66 on Sunday, moving all the way up to a tie for second with Alexander Bjôrk. At that point, sadly, Fitz was finished. He needed a win.

Who topped him? Morikawa, of course. His Sunday 66 at the Earth Course included five birdies on the inward half, when he simply decided to say By the way, I’m the best of 2021. Here’s my third win to prove it. Morikawa’s swing has zero moving parts that should not be moving. It is modern, but classic, if that is possible. If he chases zero distance over the next fifteen years, and simply plays well from tee to green, he should win five more majors and a few more Orders of Merit around the world.

Remember last week when Nelly Korda became Rolex Rankings number one again, despite not playing? Pretty sure that’s about to change again. Jin Young Ko steamrolled the field at Tiburón in Naples. The Original JYK was nine-under on day four, breaking out of a four-way tie for the lead at dawn’s first light.

Nelly? She had 69 for T5. Celine? 68 for T3. Nasa? She gave Jin everything she could handle. Hataoka signed for 64, and her 6th-hole bogey was her only blemish on the day. She matched Ko birdie for birdie, posting nine of her own on the final day. She made up strokes on three of the final four holes. Trouble was, Young Ko did not wilt. She turned in 30 and added three more chirps on the inward half, putting things away at the 17th with her last of the day.

The title was her fifth of 2021, and her 12th overall. Ko hit 63 consecutive greens this week, and is on a runaway-train path to the LPGA Hall of Fame, and it will be a pleasure to watch her do just that.

Jin Young Ko has her foot on the gas at the @CMEGroupLPGA pic.twitter.com/pBFu5RBlKd

Talor Gooch knocked on a number of doors this fall, most recently the Fortinet and the CJ Cup. At both events, he finished top-five, but could not break through for the “V.” At Sea Island, Gooch went into the final round with a one-shot lead over Sebastián Múñoz. Feeling balanced, Gooch went out and bookended his opening 64 with the same closing number. He made a pair of birdies on the front, then turned on the juice and recorded four more coming home. No bogeys found his card this day.

Mackenzie Hughes, the 2016 champion at the RSM, went out in 30 to pick up three strokes on Gooch. Feeling his own brand of juice, Hughes posted four more birdies on the back nine, but also stumbled to a bogey at the par-three twelfth hole. He missed long and left, and failed to get up and down for par. When Gooch made three at the same hole, minutes later, the road to victory got easier.

Two unofficial events (Hero and QBE) will take place in December, and the Tour will return to action on January 6th, for two consecutive weeks in the Hawaiian islands.