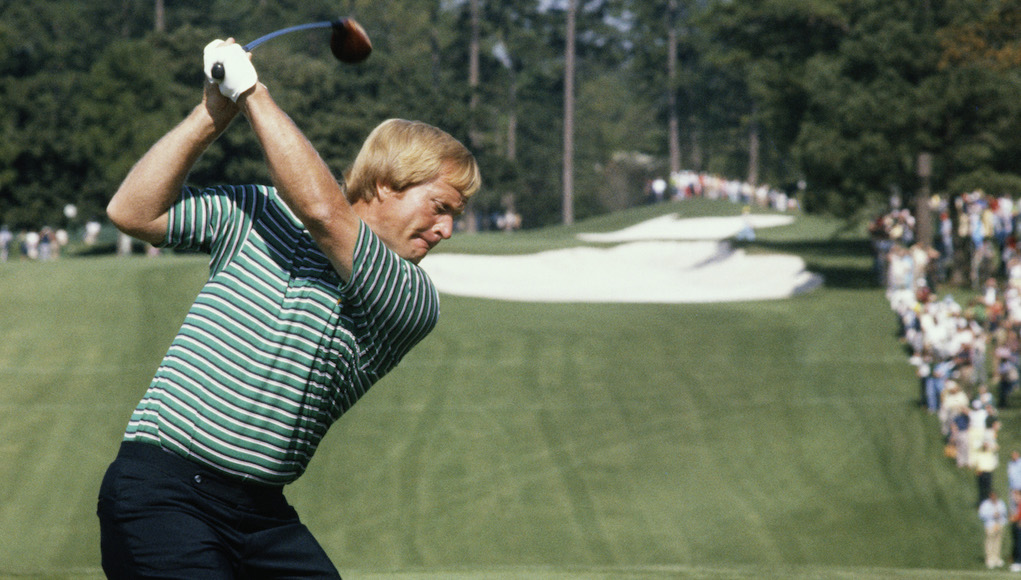 In 1980, Jack Nicklaus also led the PGA Tour in Greens In Regulation. So what would the longest and straightest driver in history who also happened to be just as sharp with his irons do to the competition? Far past his prime, Jack Nicklaus won half of the majors that year. He won his 16th and 17th career majors: the U.S. Open and the PGA Championship, which he won by seven shots. Incidentally, nobody in 150 years has ever won a major by a wider margin at that age. Six years later, he would become the oldest man to ever win the Masters at 46. Consider also that Nicklaus won the career grand slam, yet again, after he turned 38.

Jack had obvious physical advantages over his peers, but there had been others with similar physical gifts, such as Mike Souchak, George Bayer, Arnold Palmer and Tom Weiskopf to name just a few. What Jack possessed that nobody else has ever had to such a degree was the combination of power and accuracy, which was partly due to his physical strengths, but mostly due to his technical skill. He simply had the better swing, by far. 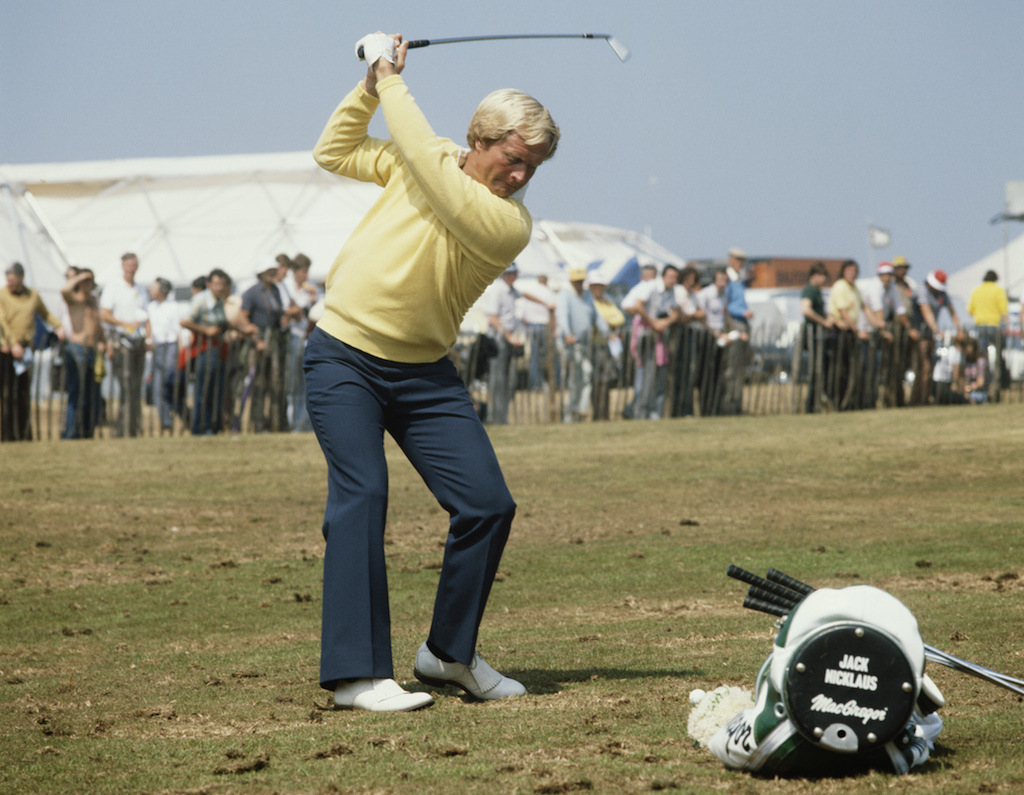 Yet, nobody that I know of today teaches the swing that Jack used. The closest to that philosophy is Butch Harmon, who teaches a wide takeaway and pays close attention to the footwork of his players. Jack Grout, who taught Nicklaus from adolescence, encouraged a wide takeaway to get the hands as high in the air as possible and to complement this movement with a full turn of the hips and great footwork. That means the left foot rolled in first and then lifted on the backswing, and then the left heel was planted to begin the downswing and the right heel rolled in and lifted as it was pulled off the ground by the full rotation of the body through the shot.

Why does nobody teach this swing?

Some argue to me that because equipment has changed so much, the swing should, too. Lighter, longer clubs don’t require as much of a build up in the backswing to produce power, and the difference in the center of gravity between a wood and a metal wood doesn’t necessitate that a player “cover” or “get up to” the ball with his right hip and spine angle. A metal wood has a center of gravity lower and deeper into the head than a wood, so one can and is encouraged to have more angle in his spine away from the target and to hit up on the ball to maximize distance.

This is a copout to the economics of the game. Distance sells, so every ad is about how long a driver will go. Teaching is biased toward maximizing distance, which requires one to hit up on the ball with very little spin. The ideal numbers for distance are readily available, yet nobody knows the ideal numbers for accuracy. But if it’s true that high launch and low spin give distance, then low launch and high spin should give accuracy.

Jack Nicklaus had the perfect blend of both, and that’s why his swing, or the philosophy that produced it, should be taught today to professionals and amateurs.

Even for the amateur, adding length to the swing will add length to their shots. And just as it will allow a professional to age gracefully — or spectacularly in the case of Nicklaus — it will allow the amateur to play with less pain in his body as he gets older. The former of these points was proven by Tom Stickney using Trackman data and published on GolfWRX just a few months ago. The latter, you might call a hunch, but it is a very well-educated hunch based upon watching and documenting what swings have lasted over 150-plus years of professional golf. It’s something I wrote about in detail in my book The Anatomy of Greatness.

Professionals are perfectly fit for their equipment. Most likely, amateurs are not, and so it is left up to them to get the most out of their bodies. When all things are considered, it is the more economical approach. To do this, they need only strengthen their grips and turn their hips.

To make sure you don’t sway, feel the weight on the INSIDE OF YOUR RIGHT HEEL at the top of the swing. To make sure you don’t over turn and tip too far to the left at the top of the swing, either set up well behind the ball at address like Jack Nicklaus or move off the ball a few inches in the takeaway. I recommend the latter because it keeps the club low and wide. It also keeps it from going inside too quickly on the backswing.

Junior Golfers: Ask Yourself These 4 Questions Before Picking Summer Tournaments

Former PGA Tour winner Brandel Chamblee is the author of the New York Times Best Seller "The Anatomy of Greatness," which examines the commonalities of the best golfers in history. He works as a studio analyst for The Golf Channel and is a mainstay on its "Golf Central" and "Live From" programs, where he has established himself as one of the most well-researched and opinionated figures in golf. In his PGA Tour career, Chamblee amassed more than $4 million in earnings. He was a three-time All-American at the University of Texas, where he earned a BS in Communications. Chamblee currently resides in Scottsdale, Arizona, and is a father of three.