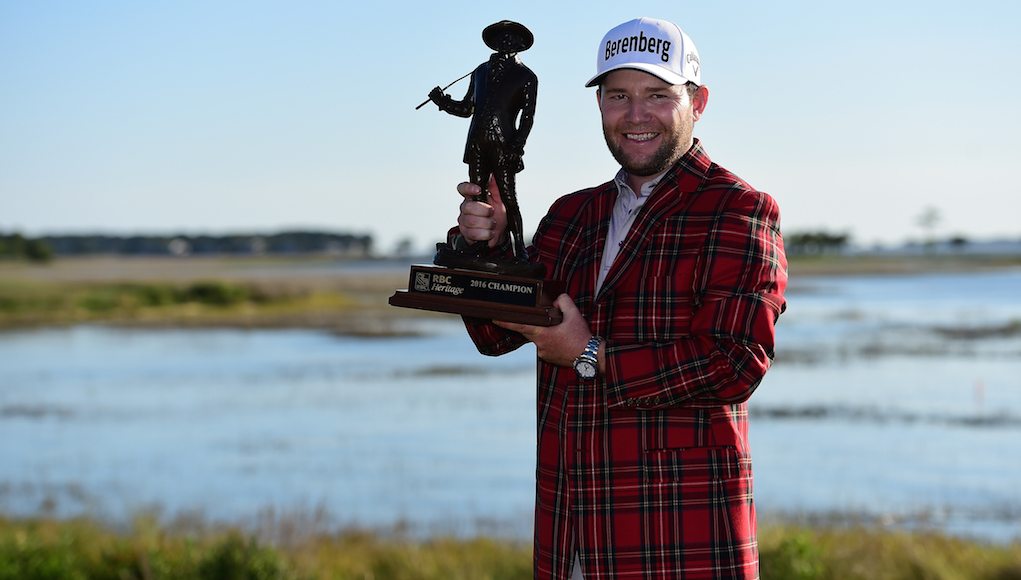 The PGA Tour moves up the East Coast to Hilton Head this week for the RBC Heritage. It’s tough to follow the Masters, especially after the incredible drama and playoff victory of Sergio Garcia, but it should still be an exciting four days of golf.

This week doesn’t have the strongest field of the year, eight of the top 30 players will be in attendance, but it’s highlighted by defending champion Branden Grace, Matt Kuchar, Tyrell Hatton and Brandt Snedeker. Everyone is looking to join an elite list of past champions including Arnold Palmer, Jack Nicklaus and Johnny Miller. There are quite a few storylines including the return of Davis Love III and Luke Donald’s chase of the elusive tartan jacket. Donald has six top-3 finishes at Hilton Head, but he’s yet to get the W.

The par-71 Harbour Town Golf Links, playing at just under 7,100 yards, is one of the shortest layouts on Tour, but it’s a consistent test for the players. It features narrow fairways and some of the smallest greens on Tour. It requires accurate and strategic driving; the severely contoured greens require the right approach angle for the players to have any chance at birdie. It’ll also be interesting to see how the course will play after last year’s hurricane. More than a few trees came down, so it’s possible that mistakes off the tee may be less penal than in previous years.

Past Champs in the field

My Pick – I’m going with the favorite this week; Matt Kuchar (+1,400). Kuch played great last week at the Masters with a T4 finish, capped off by an ace on No. 16 in the final round. He’s clearly in great form and has an excellent track record at Harbour Town. He won here in 2014 and finished in the top-10 in the last two years. Oh, and he’s made 12 straight cuts at the RBC Heritage.

Value Pick –  My value pick this week is Jason Dufner at +3,300. He’s a favorite of mine on and off the course. He’s an incredible ball striker and he’s rounding into great form. He finished T-33 last week and has made seven straight cuts. I think this could be the week he gets back into the winner’s circle.

Long Shot – I’m taking a shot on Stewart Cink (+8,000) this week. He hasn’t won since 2009, but he’s made the cut in 11 of 13 events this year and is a past champion here. He isn’t the longest player in the field but at Harbour Town that isn’t a necessity. He’s ranked 43rd in Shots Gained Putting and 21st in Scoring Average. It’s definitely a long shot, but just about anyone could win this week.

Will there be a playoff – Yes (+275) No (-400); I’m going with “yes” this week. It’s rare you get playoffs in back-to-back weeks, but in the last six tournaments there has been a playoff every other year, so I have to go with the trend on this one.

Top GB & Ireland Player – Luke Donald (+450); Donald hasn’t had the best year so far, but you can’t discount his record. Donald has six top-3 finishes here so he clearly loves the course. He’s pretty short off the tee, but that won’t hurt him. He ranks 8th in Shots Gained Putting, which could put him over the top.

Hole-in-One – Yes (-115) No (-115); I’m going with “No” this week. I can’t justify taking these odds on “Yes” and there wasn’t a single ace here last year. The 174 yard, par-3 17th is the best chance for a hole-in-one, but water on the left side makes it an intimidating tee shot. Players will be happy to hit the center of the green and take a two-putt par.

The 4 Biggest Myths About Biomechanics

The Best Guerrilla Golf Balls, One-Length Irons For Every Golfer?