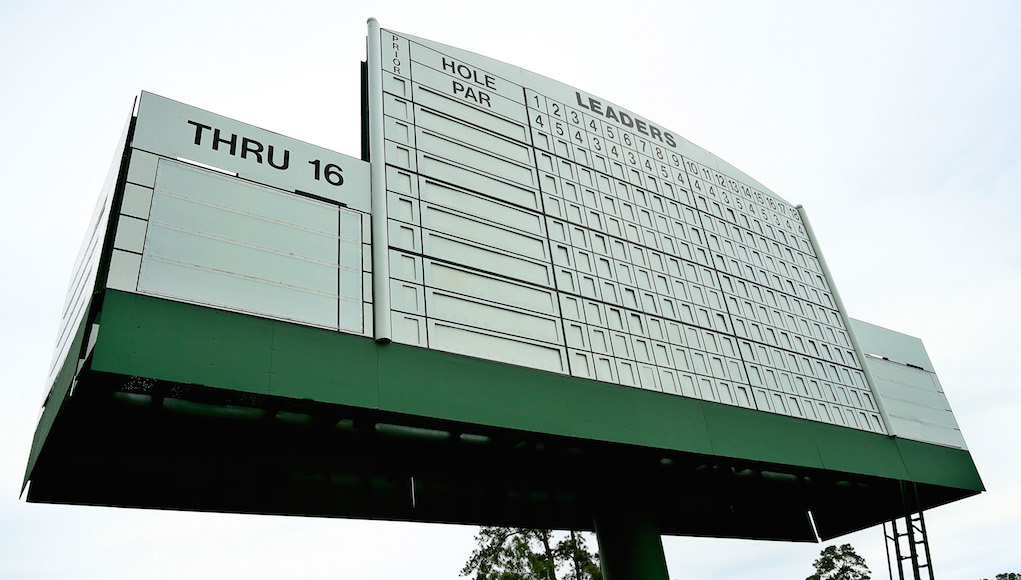 The wait is over. It’s finally arrived. Master’s week has officially begun, and for most golf fans it’s the best week of the year. If your productivity at work doesn’t drop 100 percent on Thursday and Friday, you’re doing something wrong.

The Masters doesn’t need much of an explanation; the history is common knowledge and the course is one of the most famous in the world. However, there are a lot of storylines this year. They will revolve around Jordan Spieth’s return after his devastating quad on No. 12 in the final round, Dustin Johnson’s first major as the No. 1-ranked golfer in the world, and Rory’s attempt at the career grand slam at the ripe old age of 27. While the field is the weakest of the four majors – it’s a much smaller and includes players with lifetime exemptions and special invitees – it’s still loaded. To put it in perspective, defending champ Danny Willett is listed at +12,500.

Augusta National needs no introduction. It’s one of the most famous and prestigious courses in the world; right up there with St. Andrews and a few others. The par-72 course measures out at 7,435 yards this year, and with heavy rain expected on Wednesday it will play even longer. Augusta demands excellence from all parts of a player’s games; it will be crucial to be long off the tee to allow for short irons that will stop the ball on Augusta’s firm and fast greens.

The general rule of thumb at Augusta is the better you putt, the better chance you have to win. Obviously making putts is key to scoring, but approach shots will be just as important this week. Getting off to a hot start and firing at pins while the course is still soft on Thursday and Friday could make the difference.

My Pick – I’ve gone back and forth on this for a quite some time. This is my favorite week of the year so naturally I’ve been thinking about it since last April. A lot has changed since then, but until recently I was confident I would go with Jordan Spieth (+800). Dustin Johnson (+600) has definitely made me rethink that. He’s won his last three starts and is beginning to separate himself from the rest of the pack. He’s appeared unbeatable for the last five weeks or so. But with that said, I’m still going with Spieth. For the foreseeable future, I think the path to winning the Masters goes through Spieth. He won’t win them all, but he will certainly be standing in the way. He obviously has a great history at the Masters; in three starts he’s finished T2-1-T2. He didn’t play well last week and missed the cut at the Shell Houston Open, but I think his head was already in Augusta. He ranks 1st in Shots Gained: Approach-the-Green and 5th in Birdie or Better Conversion. And, on top of all of his stats, I think he just wants it more.

Value Pick –  I’m going with Justin Thomas at +3,500. It’s rare to see odds like this for a player with three wins before the Masters so it’s worth the risk. I think he’s been devalued because of a few poor starts in recent events. It’s true that he’s not in the same form he was in Hawaii, but if something clicks he has the chance to make a ton of birdies. He ranks 5th in Total Shots Gained and 1st in Birdie Average. If he gets on a roll, he could be tough to beat.

Long Shot – I’m taking a chance on Marc Leishman this week at +5,000. If you’ve read some of my other previews or know me at all, you know I’m a Leishman fan. I think he’s one of the more underrated players on Tour. He’s made the cut at Augusta all four years he’s played, including a T4 in 2013, and he’s been playing great golf this year. He’s had seven top-25s in nine events, and he has a win and a top-10 in his last two. I think he’ll carry that momentum to Augusta and make a run.

Top Amateur – Curtis Luck (-135); I don’t love the odds here, but Luck is in a different league than the rest of the amateurs in the field. He’s the reining U.S Amateur and Asia-Pacific Amateur champion and the No. 1-ranked amateur in the world. What really gives him the edge in my book is the way he handled playing alongside Jordan Spieth in the Australian Open. In the spotlight he played great golf and proved he could handle the big moments.

Top Debutant – Thomas Pieters (+700); The popular pick is Jon Rahm, which I admit is a solid choice, but I’m all in on Pieters. He bombs it off the tee and has the ability to shape the ball however he chooses. That will definitely come in handy on the doglegs and when going after some tucked pins. Also, the way he played in the Ryder Cup makes him a great choice for Top Debutant. I think what kills most first-timers is nerves, but Pieters’ 4-1 record at the Ryder Cup showed that he’ll embrace the jitters and play his best.

Will there be a playoff – Yes (+300) No (-450); I’m going with “No” this week. The average margin of victory is just above two strokes, so I’m going with the trend even though I hate the odds. There have only been 16 playoffs in the 80 times the event has been played and three in the last 11 years.

Am I the only person in the world who thinks Lexi Thompson deserved a penalty?