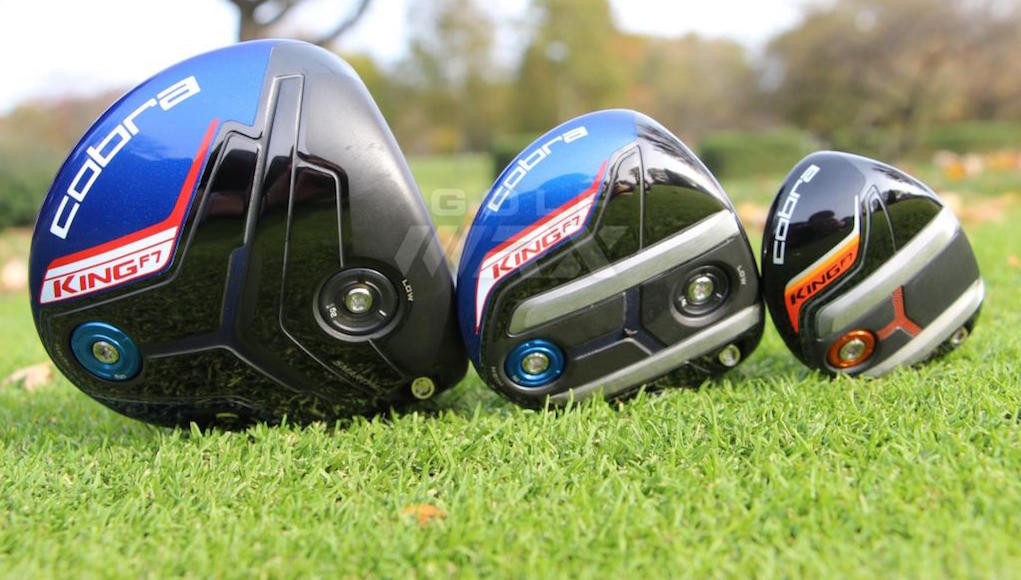 Cobra’s new King drivers — the King F7, F7+ and the new King LTD Black — may just change how drivers are sold. The secret is their grips, and the built-in technology could change the way golfers approach their tee shots.

Here’s what you need to know about Cobra’s new line. 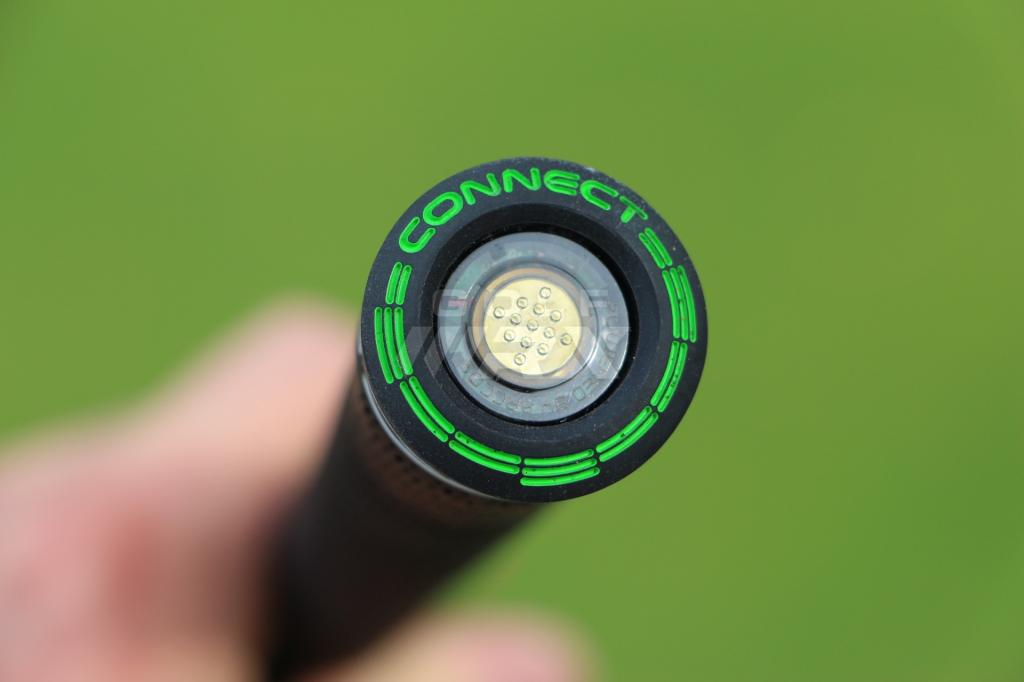 When you look back at this article in five years, you may remember it as the first time you ever heard about a tracking device built into an off-the-rack driver. And in five years, a lot more drivers may have similar technologies in their grips… or not. But for now, Cobra’s new technology allows golfers to track their performance on the course, share it with friends on social media, and compete against other golfers with the same technology in their club.

Here’s how it works.

Cobra Connect, which is made by Arccos, is housed in the grip of the club, and is fully automatic once you download the free Arccos driver app. Cobra Connect then sends signals back and forth from your phone to the grip, picking up the location of where you hit your tee shot and where you hit your second shot, thus determining distance and if you hit the fairway.

To pick up the location of your second shot, the app uses a proprietary shot detection algorithm and sensors on your smartphone, which allows driving distance and accuracy to be recorded in real time. Remember this all-important step, however; you need to have your phone turned on and in your front pocket for it to work. 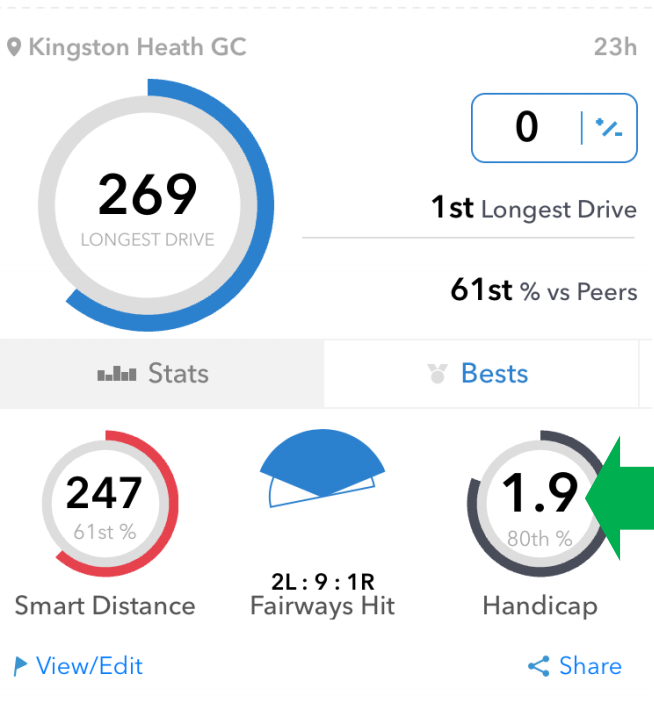 Cobra Connect users also have access to driving trends, performance tracking, global competitions and live game-improvement tips. Say you miss three fairways in a row to the right. You may have Rickie Fowler show up on your app with advice for curing a push or a slice.

Through the system, there’s a neat game called “King of the Hole,” where the longest drive on that particular hole keeps the crown. That means if Rickie Fowler plays golf in your area and hits a drive in the fairway and you play on the same course, you can effectively take the crown from him.

The app also doubles as an on-course GPS.

For an idea of what the user experience is like, check out the gallery below. Cobra Connect will come stock in the King F7 and F7+ in an Lamkin REL grip, and in a Lamkin UTx non-cord grip in the King LTD Black. Other grips are available through custom. 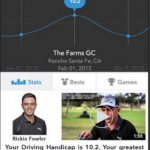 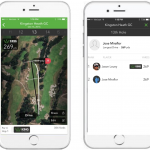 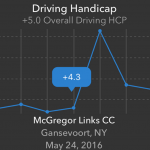 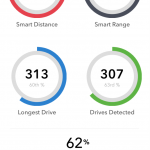 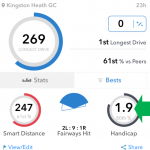 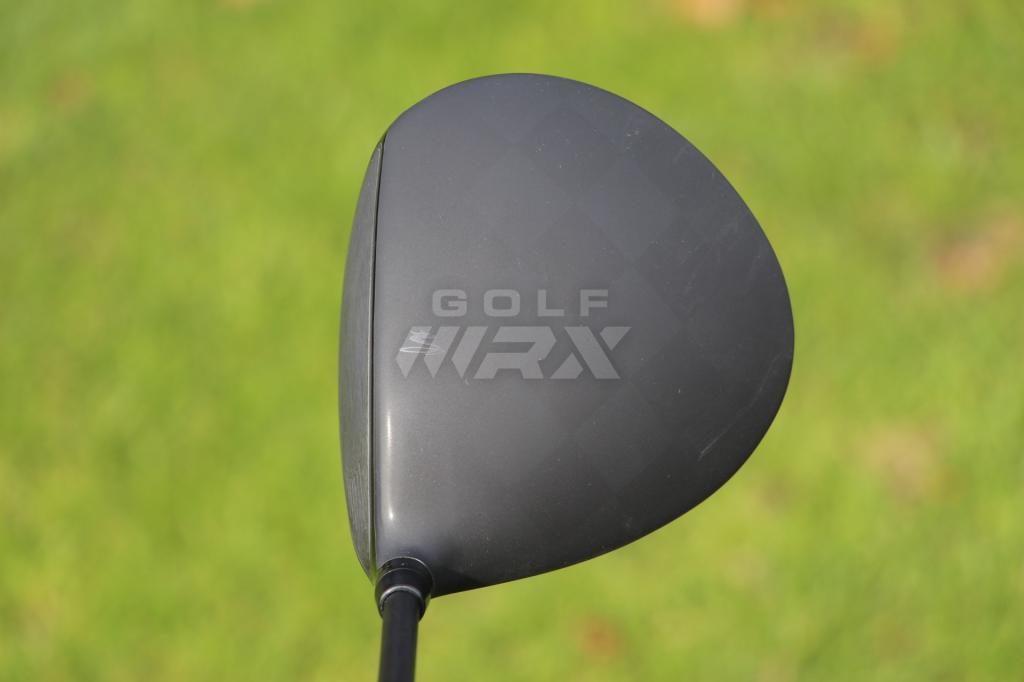 Cobra’s King LTD driver, launched in 2015, was wildly popular among GolfWRX Members. It employed what Cobra called a “Zero CG,” a design that led to more distance through a high-launching, low-spinning trajectory. It’s currently in the bag of Rickie Fowler, and performed extremely well in our 2016 Gear Trials: Best Drivers Club Test. So why not keep the same technology, but offer a better-looking alternative? Thus, the King LTD Black.

The original King LTD had a glossy crown, and Fowler’s familiar Oklahoma State color scheme — orange and black. This year, Cobra is offering the same driver, but with a matte black crown. All of the orange graphics have been replaced with gray. 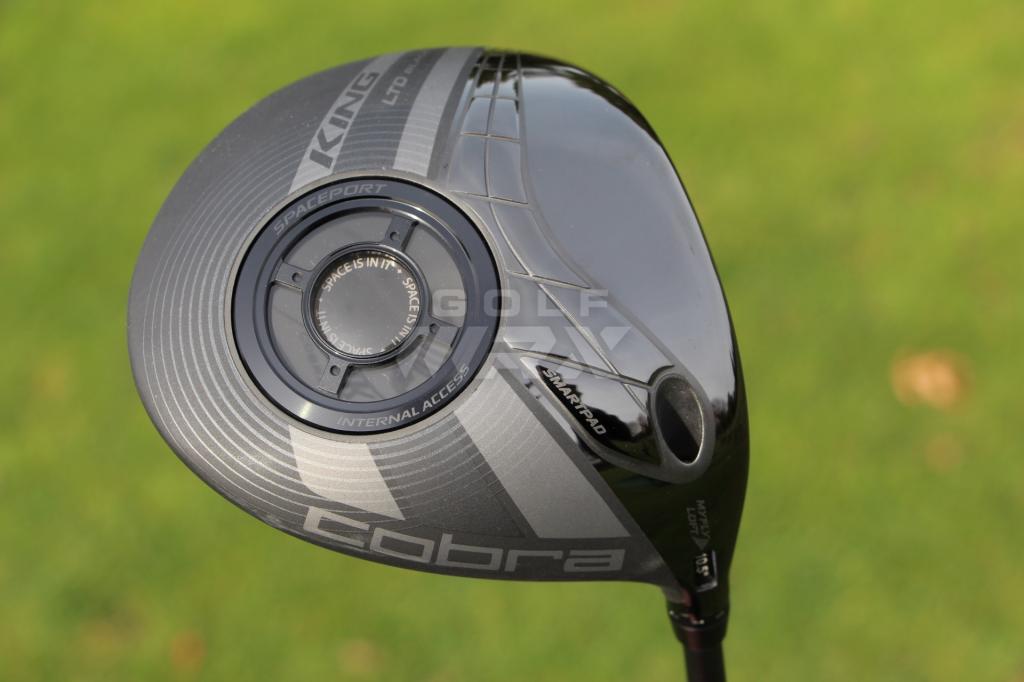 Cobra amps up the Carbon 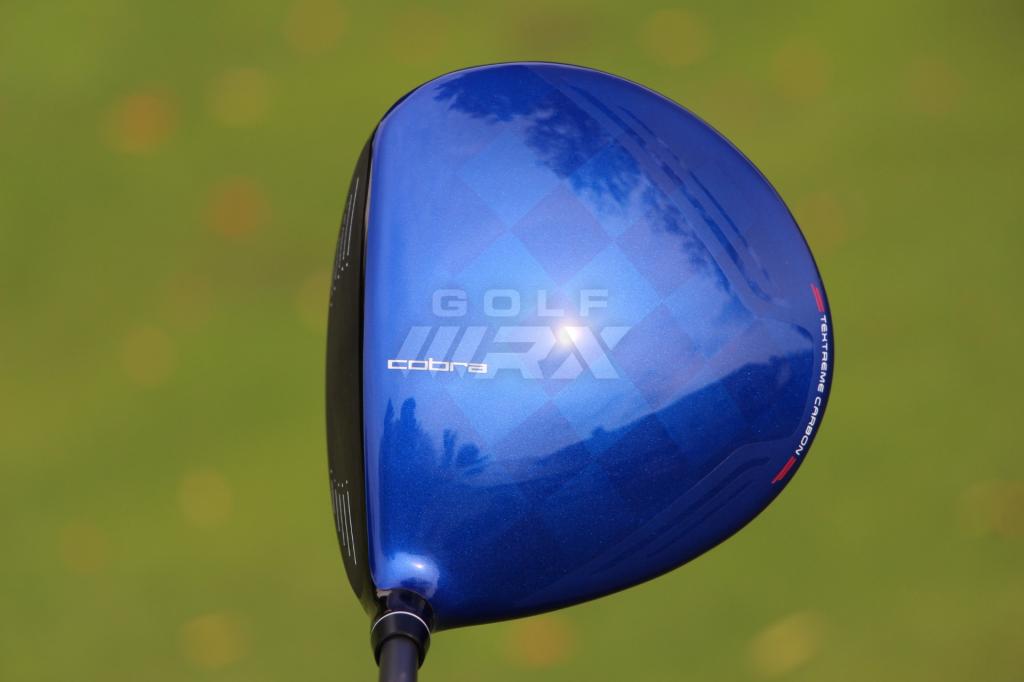 Cobra says the material change allowed its engineers to save 7 grams of weight from the crowns of the King F7 drivers, which enabled them to add more adjustability to the clubs. 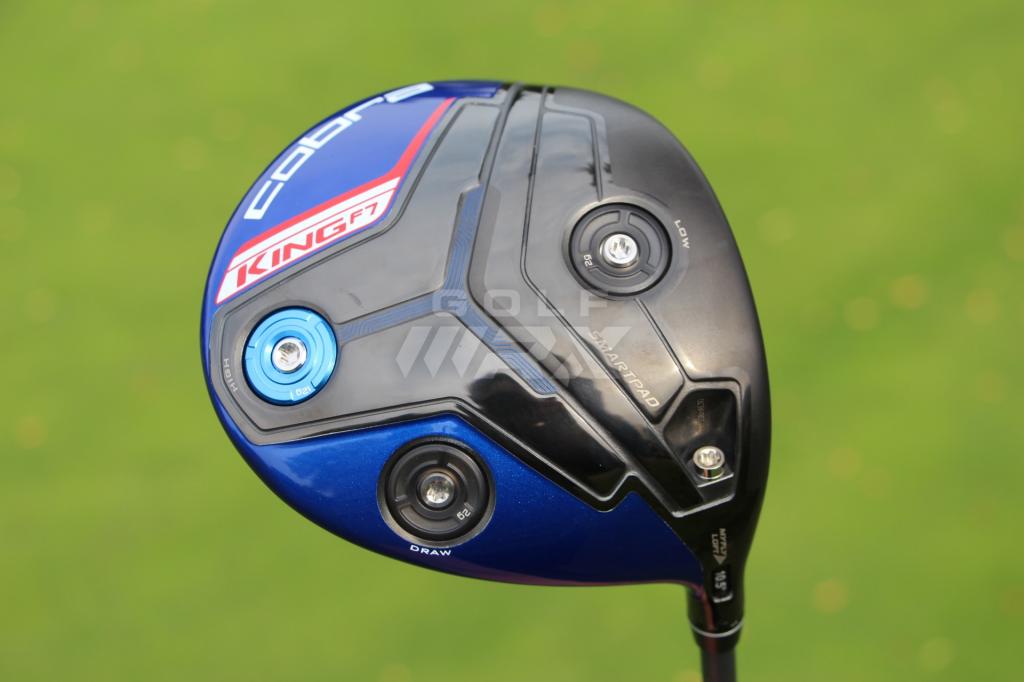 Also, the King F7 has a 5 percent larger club face than its predecessor, and is made with an updated E9 Ti 811 structure with variable face thickness, meaning the sweet spot will play effectively larger than the King F6.

The King F7 will be available in three colors (black, blue and silver).

The King F7+ is also made from forged 811 titanium with variable face thickness for higher ball speeds on off-center hits. Stock shafts will be Fujikura’s Pro XLR8 shafts, but 25 other shafts will be available at no upcharge through custom. 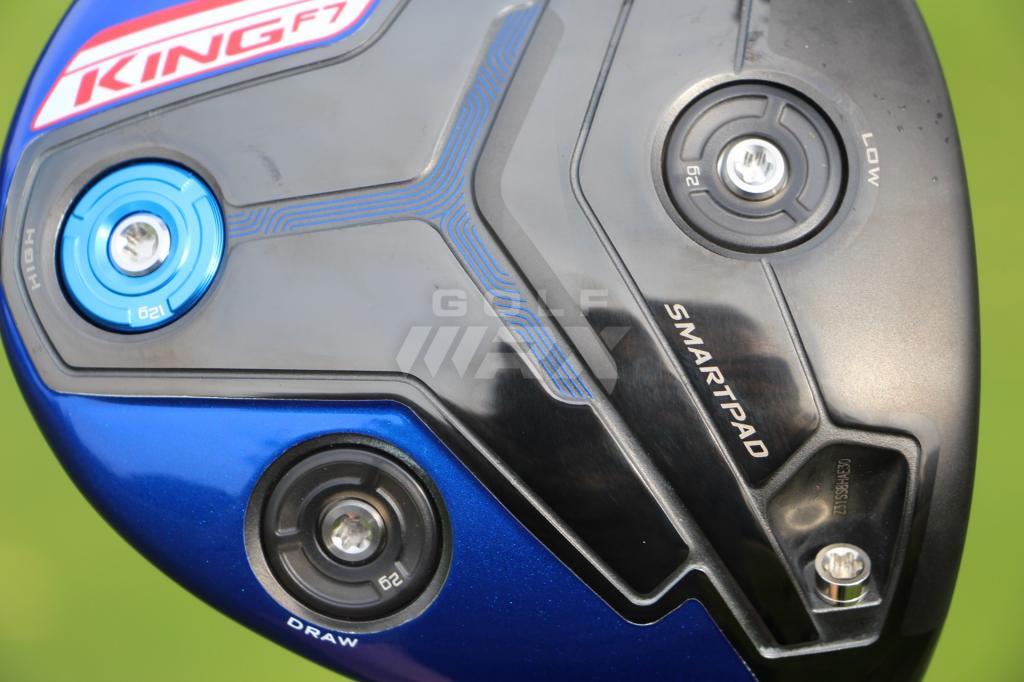 The heaviest weight (12 grams) is differentiated by color; the color of the weight depends on the model.

The first thing you may notice about the new King F7+ driver is that it doesn’t have the weight track that was featured on the King F6+ driver. According to Jose Miraflor, Director of Product Marketing at Cobra, that’s because Cobra could not improve on the consistency it wanted to provide to golfers with the track design.

The King F7 and King F7+, however, make strides to improve consistency with their new adjustable weight system. It uses three weight ports that house either the heavy 12-gram weight, or one of two 2-gram weights. They allow golfers two neutral settings — lower spin (heavy weight forward) and higher spin (heavy weight back) — and a draw-biased setting. The draw setting is new, and one that addresses a long-time problem in golf among amateurs, and even pros.

“Eighty percent of golfers still struggle with a slice,” Miraflor said. “The center of gravity (with the draw setting) will help them to close the club face at impact… Even guys like Rickie (Fowler) and Bryson (DeChambeau) said they wanted something they could turn over.”

So there’s no more weight track, but for slicers, this may be for their benefit. 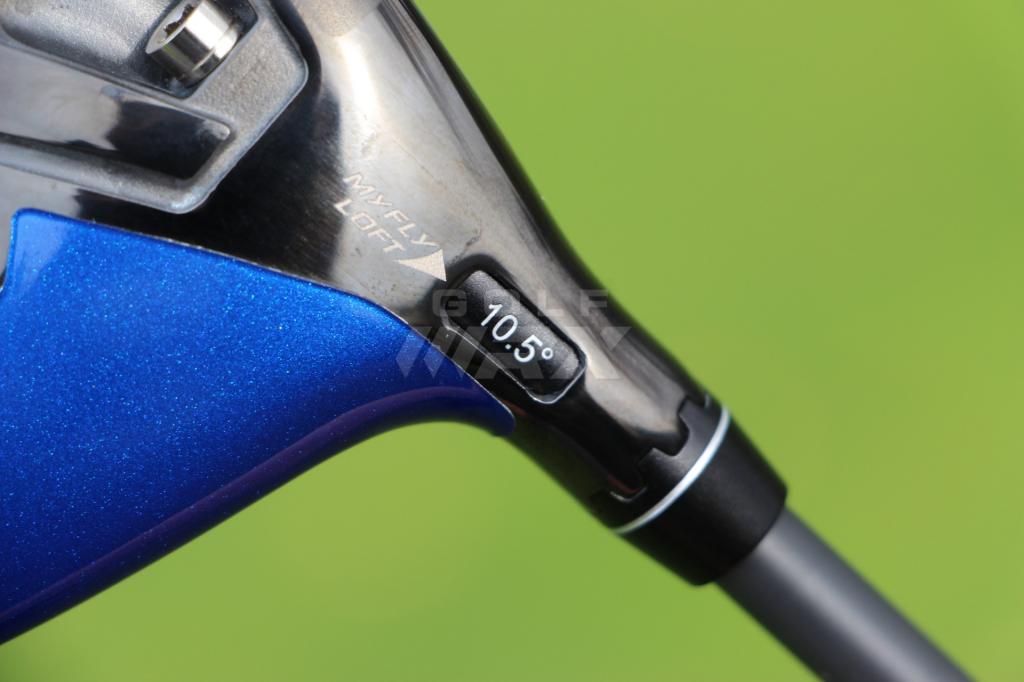 Now that there’s more uniformity to the King F7 line of drivers, you may be wondering what the difference is between the F7 and F7+ drivers. While they are made with the same technologies, the F7+ is made with what Miraflor calls a “standard head,” instead of the “oversize head” the F7 uses. That means the King F7+ has the more compact look better players tend to favor.

Also, the F7+ is available in lower lofts, which will likely benefit those with higher swing speeds. The King F7’s MyFly hosel has settings ranging from 9-12 degrees, while the King F7+ ranges from 8-11 degrees.

Staying on the rails 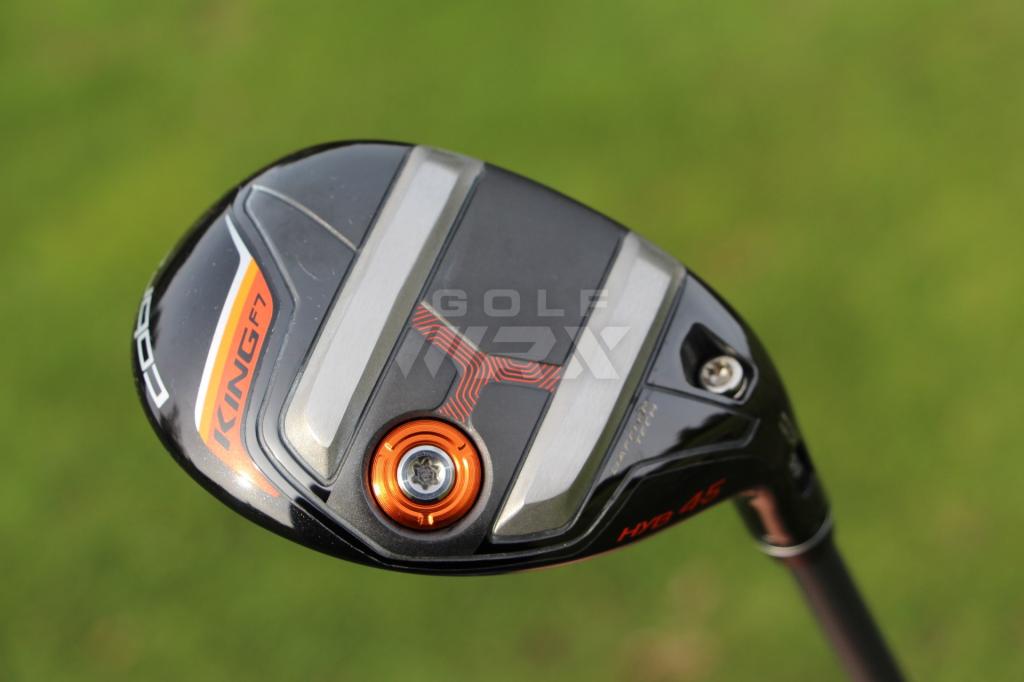 If you watch the PGA Tour, you may have seen an odd-looking utility club in Rickie Fowler’s bag. It’s called the Cobra F6 Baffler, and it features rails on its sole that look a lot like train tracks. The front of the rails are designed to improve turf interaction upon entry into the ground, while the back of the rails help the club glide out more smoothly.

Why not put that technology into all of the new King F7 fairway woods and hybrids? Well, that’s what Cobra did. 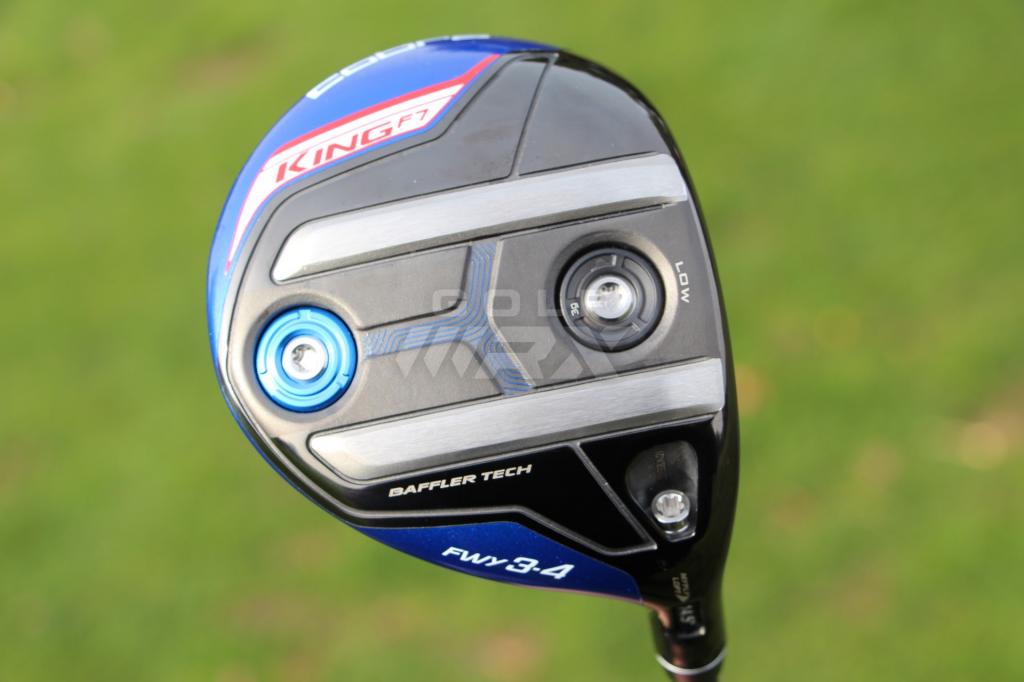 The fairway woods and hybrids use a progressive rail design where the rails get deeper as loft increases. That means the 3 wood has the most shallow rail design, because it’s intended to be hit using a sweeping motion, while hybrids have the deeper rails, because they’re designed to be hit with a more descending blow.

This graphic from Cobra below shows off the progressive design. See more in-hand photos of Cobra’s King F7 fairway woods and hybrids.

The King F7 fairway woods are made with a 475 high-strength steel face insert, and will be available in three different head models: 3-4 wood (13-16 degrees), 5-6 wood (17-20 degrees), 7-8 wood (21-24 degrees). Like the King F7 driver, the King F7 fairway woods have CG adjustability by way of two weight ports that house a 20-gram weight or a 2.5-gram weight. Cobra says flip-flopping the weights move CG either 3.5 millimeters forward (to create a lower ball flight) or backward (to create a higher ball flight).

Fairway woods will be available in three colorways, while the hybrids are available only in black-and-orange.

Fujikura Speeder Evolution III: What you need to know