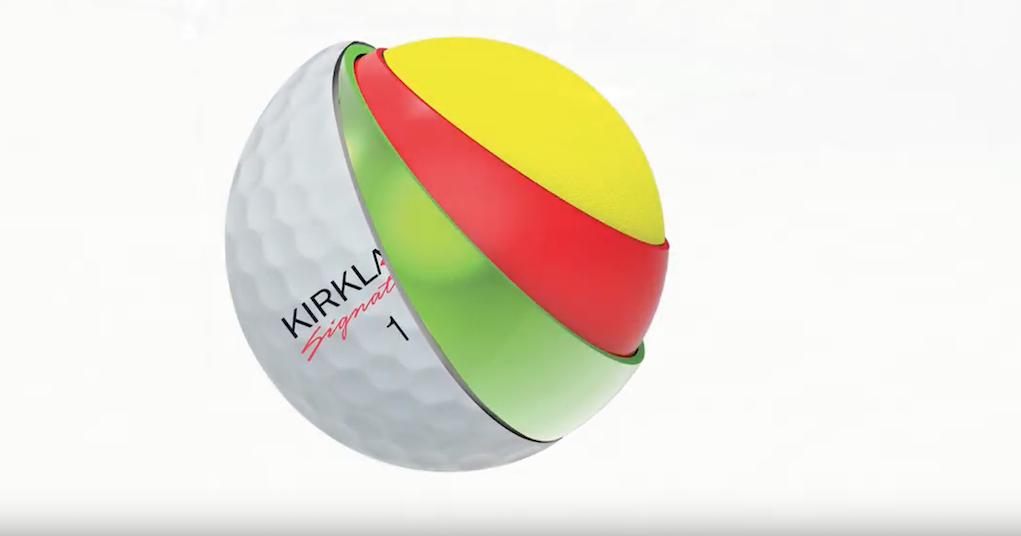 Costco, the home of wholesale, is a wonderful place where you can buy a 12-pack of steaks, a year’s supply of ketchup, two pounds of cheese balls, refurnish your house and re-up your wardrobe… all in one trip. Now, you can also pick up two dozen, four-piece urethane golf balls for $30 at certain local Costco warehouses, or online.

The golf balls are branded with the Kirkland Signature name, which is Costco’s in-house brand that makes all sorts of things: alcohol, food, house supplies and much more. Costco says the Kirkland brand must be equal to or better than the national brands, and must offer a savings to Costco members. The $15-per-dozen Kirkland Signature golf balls are USGA conforming, and are produced by Nassau Golf Co. Ltd of South Korea.

Sounds good, but what are real golfers saying about the Kirkland Signature golf balls?

GolfWRX members, who are some of the most knowledgable golfers in the world, have not hesitated to weigh in on the Kirkland-branded balls, filling up a 31-page forum thread (and counting).

“Same driving distance, and flight pattern (as the b330rx),” Forum member Two_Putt said about the Kirkland Signature Balls. “I can’t check the ball on the green but I did notice that it didn’t run out as far. Overall in my opinion a great value and my new ball of choice.”

As you may know, another popular manufacturer making four-piece urethane golf balls is Titleist with its Pro V1x, which sell for about $48 per dozen. A few forum members took it upon themselves to test the “KSigs” against the Pro V1(x)’s. Some of their reports below.

Coreyhr: “Here’s my hot take on the Kirkland. I normally game a Pro V1x and that’s what I was comparing against on my Skytrak. The feel off the driver in my opinion is better than the ProV, seriously the best feeling ball off the driver I’ve ever hit. The irons however left a lot to be desired for me. They felt clicky off of long and mid irons compared to the ProV. I don’t quite understand why one feels so good but the other not so much. I hit enough shots that strike shouldn’t be the culprit. The Kirkland was 2-3 yards longer for me during a 6 iron comparison due to lower spin than a ProV. Launch and peak height were virtually identical. Launch with a driver however was actually about 2 degrees lower with the Kirkland interestingly enough. I won’t be putting the Kirkland in the bag during tournament play, but absolutely will use it for those afternoon rounds after work. This thing is a serious threat to the big boys in the market.” 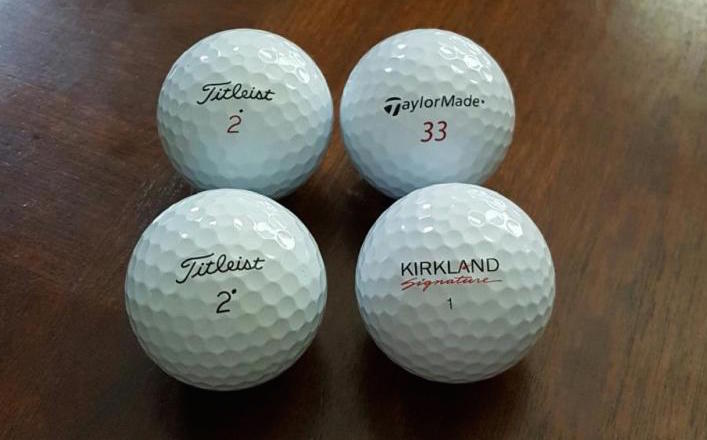 “Lots of comparisons to the pro v1/v1x’s. There more similar to the project a’s in looks(almost identical), feel(tad firmer), and spin after playing them imo. When you put the $15 a dozen perspectives into consideration there isn’t any negatives that can really be justified I guess. Hopefully the price doesn’t jump $10 by spring but even then it would still be a great deal.”

tw_focus: “…Overall it’s a nice ball, BUT I think I will stick to ProV1s. I don’t spend a whole lot of money on golf balls (4x boxes of ProV1s during sale time have lasted me the season), the major cost / investment is my time. I don’t want to play with anything less than the best, and I think the Kirkland balls are slightly worse (though I admit a much better value).”

suprfli6: “Played 18 with one yesterday and it actually felt firmer off the driver than my usual Pro V1, but similar distances and spin with every type of shot I played. It was cooler than I’m used to so maybe that contributed to the feel difference. Too soon to tell for sure but personally it seemed to perform like a typical urethane tour ball so considering the price I’m optimistic.”

gripandrip: “Not like this will be a surprise, but I think I am a convert as well. Played two rounds this weekend, one on a links course in 25mph winds (on the shore of Lake Erie) and the other under normal conditions. No noticeable loss of distance, decent flight through the wind, acceptable spin on and around the greens. I am typically a Pro V1 player. Do these balls feel as good off my club as a Pro V in all instances? No. But close enough that I will probably change, for a while at least. However, I won’t be buying large quantities. If I bought 50 dozen balls, they would probably have to be cleaned out of my basement after I die. That’s a lot of balls.” 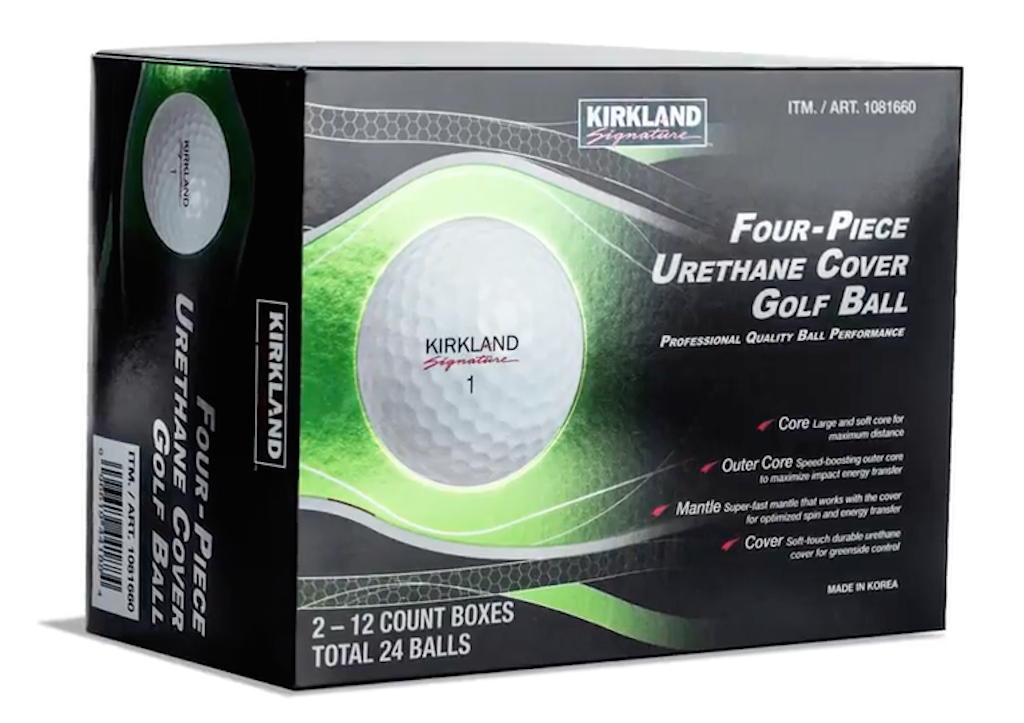 MarkCPA: “…Overall, I’m very impressed given the price of the ball. I saw no material differences in the K-Sig performance-wise vs. any other premium ball I’ve got good experience with including the TM TPX and the ProV1X. It has very good greenside control and is plenty long. I already placed an order for four dozen. I don’t see how anyone who wants a tour caliber ball but hates dropping $45+ on a dozen balls wouldn’t give the K-Sig a try.”

RSinSG: “…As I wrote earlier, I play ProV1x that I get for $20/dz from Golfballsdirect.com and to be honest I like the KSig’s as much if not a little better. I’m not saying they are a better ball than the ProV1 – only that I like them. If you’re on the fence try them. $15 a dz is a crazy good deal. I just ordered 3 more boxes before the free shipping ends.”

And remember, as per Costco’s policy, if you don’t like the product, you can always take it back for a full refund.

“I saw a lady return a jar of peanuts to Costco minus the jar,” forum member FiveSixAce said. “A gallon zip lock bag full of peanuts. They took it back.”

Tough to tell if he’s joking or not.

Related Topics:Costcogolf balls
Up Next

Exotics XJ1 Fairway Woods: What you need to know