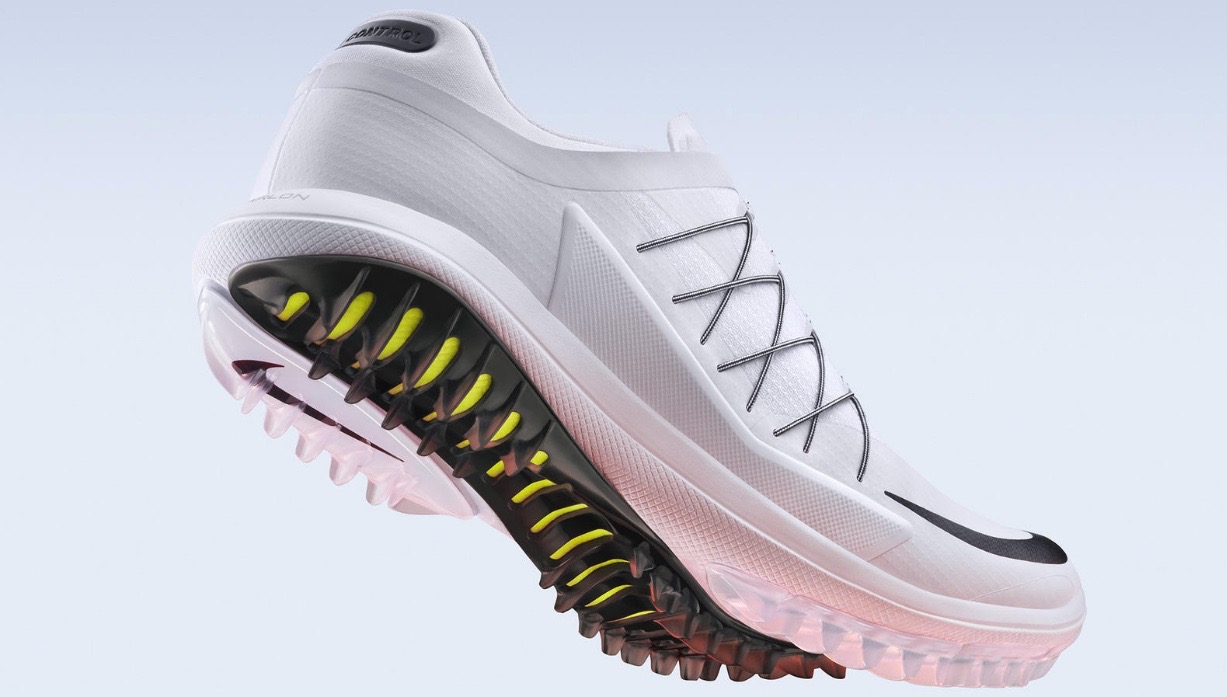 In an Instagram post by Rory McIlroy, the golfer unveils that Nike’s yet-to-be-released Lunar Control Vapor golf shoes use the new spikeless outsole, which is inspired by the tread on snowmobiles.

The outsole has a protruding series of “tooth-like tracks” that allow for more points of contact during the golf swing, Nike says, allowing the shoe to “continuously engage with the ground as weight shifts from heel to toe.” 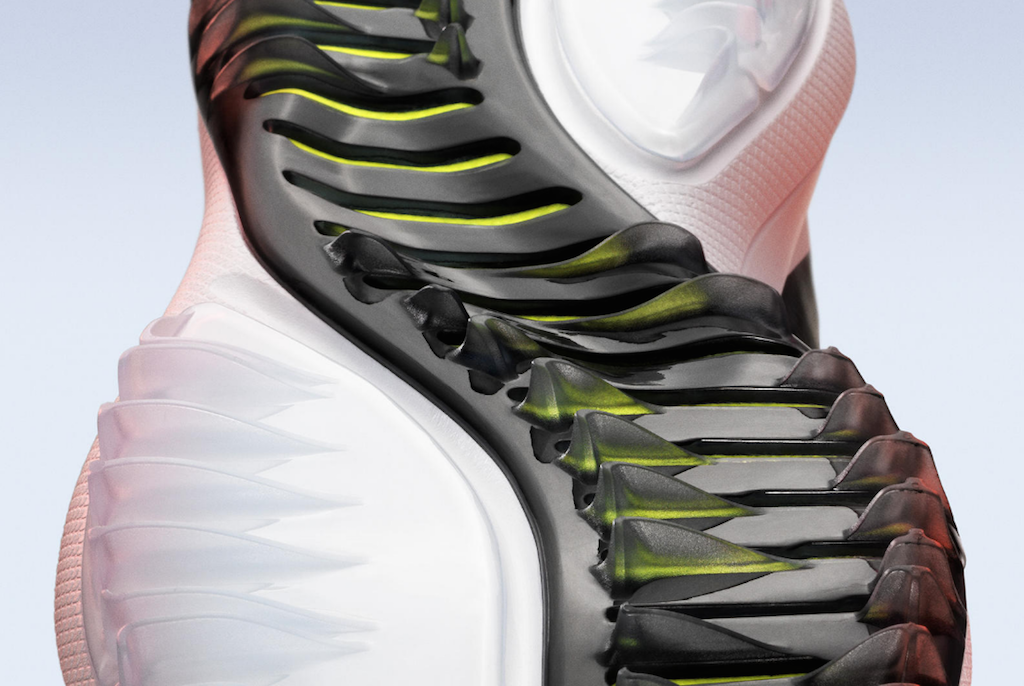 “For as long as I can remember, I’ve played golf in spiked footwear, and up until two years ago those spikes were metal,” McIlroy said. “Through its drive to innovate and bring the sport to new places, Nike has created a new traction system that provides me with a stable base to push off the ground and deliver the distance I need off the tee.”

The Lunar Control Vapor shoes employ Nike’s full-length Lunarlon midsole, as well as the company’s Flywire construction for added cushioning and stability. They use a lightweight microfiber upper, and come with a two-year waterproof warranty. 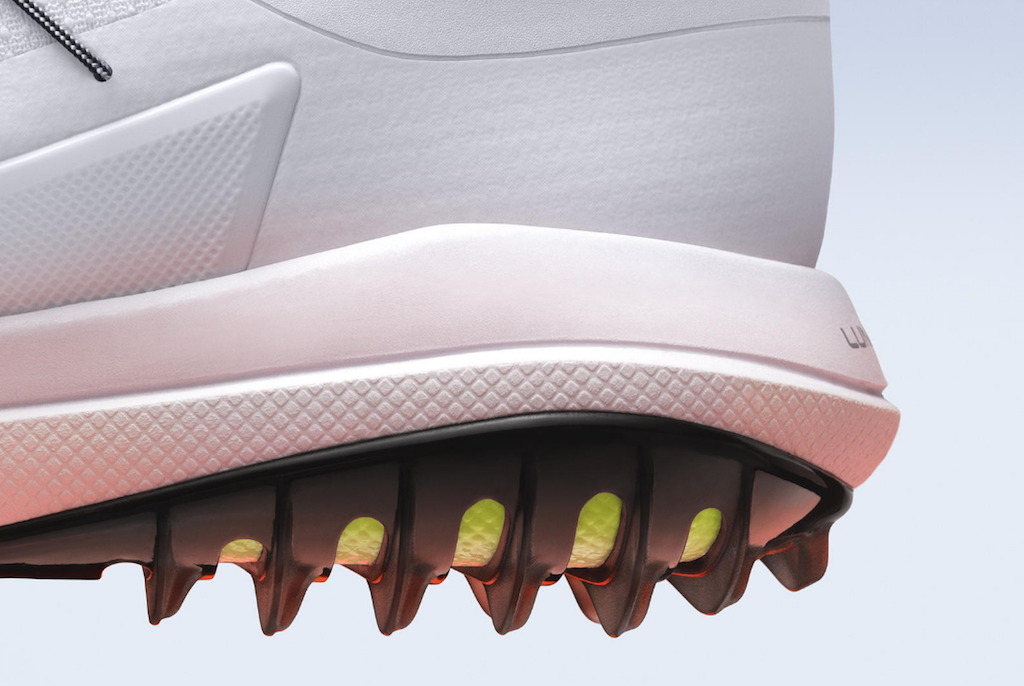 “From the beginning, our goal was to help athletes perform at the highest level,” said Gentry Humphrey, vice president of Nike Golf footwear. “Nike Articulated Integrated Traction’s geometry provides great traction on any surface and disperses stud pressure. Not having to place receptacles on the outsole means more room for extra foam underfoot to provide amazing cushioning.”

According to Nike, McIlroy will be wearing the Lunar Control Vapor this week at the WGC-HSBC Champions in Shanghai.

The golf shoes will go on sale November 22 through the Nike+ app in limited-edition colorways. Additional colorways will be released November 25 on nike.com. 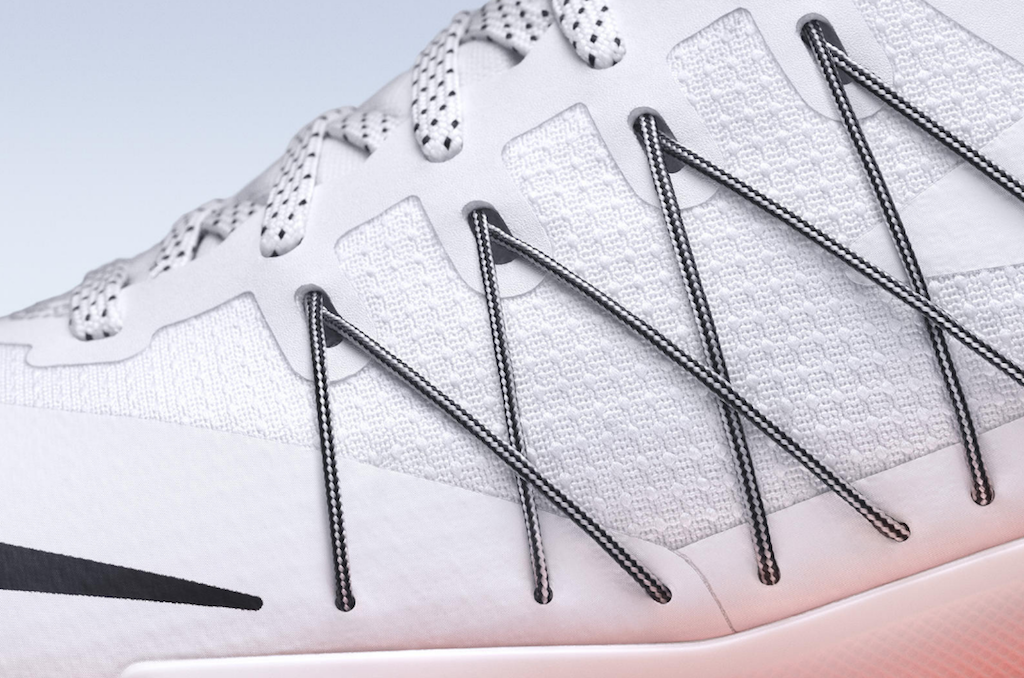 Wait… how did he do that? Watch this amazing trick shot