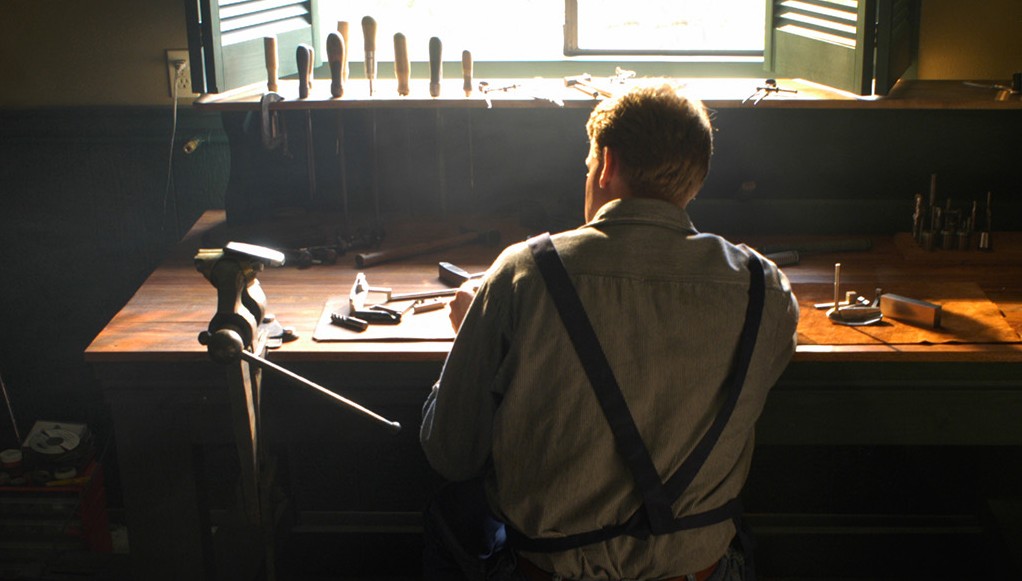 Most of us have our own ideas about what we do and don’t like about putters. Maybe you’re a blade-style player who would never imagine putting a mallet putter in the bag, or maybe you’re constantly switching putters with no real allegiance to any particular design or brand.

I’ve had my own journey with putters and with no conclusive evidence I wanted to know what the engineers and designers focus on when creating putters. Maybe it would illuminate some new concepts to make that ever so difficult decision of picking a putter a little easier.

I sat down and talked with Austie Rollinson, Principal Designer for Odyssey, and David Edel, founder of Edel Golf, and talked about what they focus on during the design process.

You can listen in below, or read through the top-3 things I learned further down.

The number one focus you’ll hear these world-class designers talk about is alignment.

“Three percent the golfing population can aim their putter correctly, in terms of lateral and vertical aim,” Edel says.

Of all factors, alignment has the biggest impact on where the ball ends up, and even a single degree of misalignment can result in a shot that is far removed from its target. Even more than MOI (we’ll talk about that next), improved alignment when setting up to a putt should be your main focus.

The reason you see so many different styles of putters — with their different lines, hosels, head shapes, lie angles and lofts — is because we all see things differently, and what works for you on the putting green might not work for me. Each of these variables has an impact on if you see a putter as open, closed when setting up to a shot.

“I believe in the basic premise that my job as a fitter or a putter maker is to make what a person sees is real and what they feel to be real.,” Edel says.

For example, by moving attention backward on a putter, it tends to look open. When you do a laser test you can see it’s square to the target, but to the mind it looks wide open. On the other hand, when you move the attention forward, the putter tends to look closed.

A club’s moment of inertia (MOI) basically tells you how forgiving it will be if you fail to hit the ball on the center of the putter’s face. A high MOI means that the head of the putter is less likely to twist around on impact and potentially affect the distance of the shot.

“Where that face is pointing is going to be more important than if you hit it off center a little bit and you lose a little ball speed because of that,” Rollinson says.

Designers focus on building putters with high MOI so that you can maintain a consistent ball speed even when you hit the ball a little off the toe or heel. How do they do it? By moving the weight away from the center of gravity (CG).

The CG on most putters will be the center of the face of the club and slightly lower on the face. 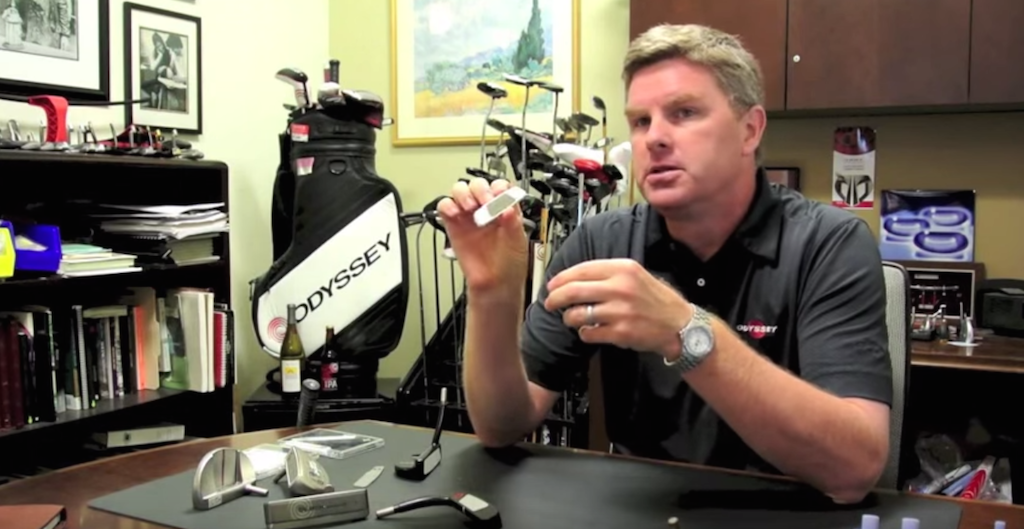 “If you have [the CG] low, you tend to hit the ball above the center of gravity,” Rollinson said. “The putter will twist in a way that will help promote forward roll.”

To get the weight as far away as possible from the center of gravity, designers create large mallet putters to maximize MOI and create putters that twist less and maintain ball speeds on off-center hits for better distance control.

What is feel? Most would say feel is how hard or soft the ball feels coming off the putter… which we also learn has a lot to do with sound.

“Feel is the sound of it (the ball) off the face… also the ball speed,” Rollinson says. “Making sure that the sound and speed match up in their mind to what they want to see.”

They way to change feel is often with inserts. Odyssey has most notably done this with its legendary White Hot insert, which was made with a urethane material that was originally used in Callaway golf balls. Not only can you get a soft feel and maintain high ball speeds with a good insert, but it also allows engineers to move weight around in a putter design.

“That’s another aspect of the insert, as it enables us to move weight around and make the putter roll better and more forgiving,” Rollinson says.

Should you focus on MOI when making a putter choice? Rollinson says most golfers are better off finding a putter that looks good to them, and one they can align to their target consistently.

What Works for You

There’s no magic putter that will work for every golfer. We all see things differently, and everything from what’s going on with our eyes to how we set up over the ball has a massive impact on quality of a putt.

Don’t ever settle with a putter. Focus on finding one that helps your alignment and gets you in the best possible place to hit consistent putts.

Squaring Things Up with Slope: A Not So Friendly Nassau

Cordie has spent the last four years working with golf instructors, helping inform thousands on business and teaching best practices (if you're a coach or instructor check out http://golfinthelifeof.com/). Through that he's realized that it's time for the way golf is taught to be changed. When looking at research and talking with coaches and academics, he's launched the Golf Science Golf Science Lab , a website and audio documentary-style podcast focused on documenting what's really going on in learning and playing better golf. 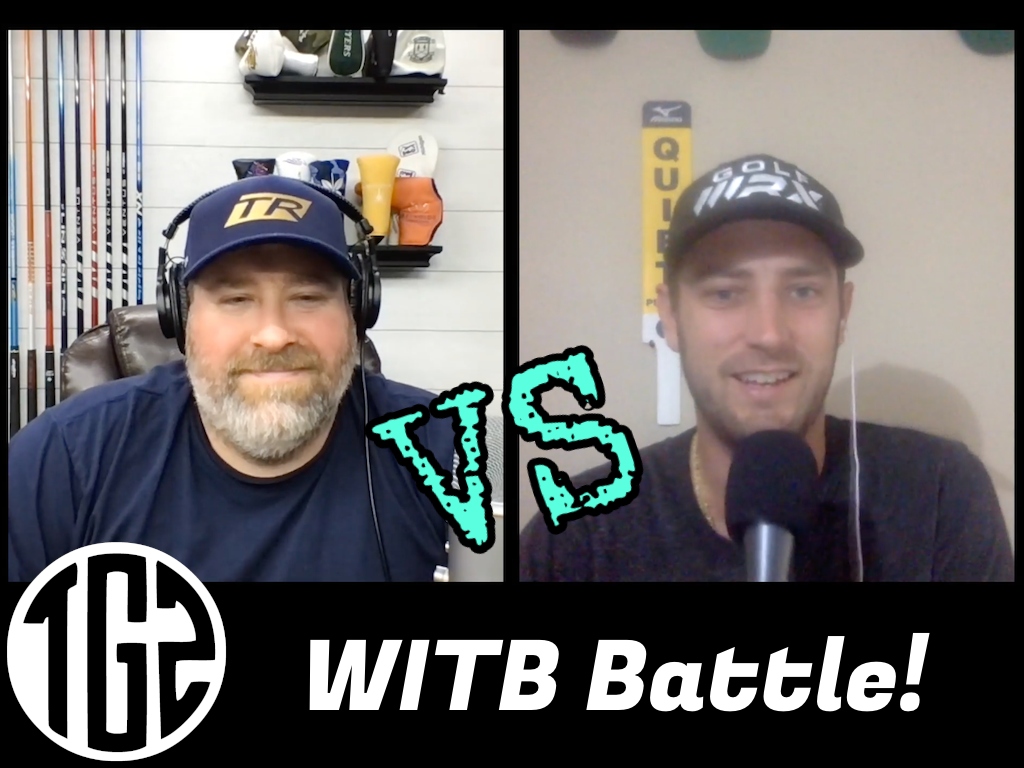