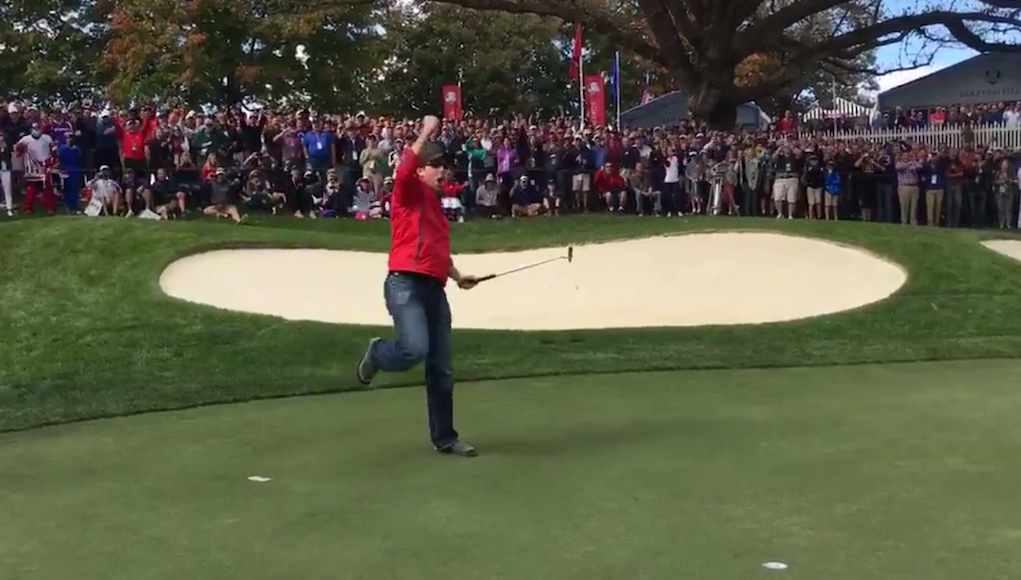 There’s been some legendary putts in the world of golf: Jack Nicklaus at the 1986 Masters, Payne Stewart at Pinehurst in 1999, Tiger Woods at Torrey Pines in 2008. Well, now we can add “Heckler at Hazeltine in 2016,” which now needs only be referred to as The Putt.

Here’s how the story goes.

There are hecklers at every single sporting event around the world, telling the players they’re bums, they stink, and that even they could do better than the athletes themselves. With all the pressure on, this guy talked the talk and walked the walk. Unbelievable.

Fan chirping Team Europe? at Ryder Cup practice?, is asked to put money where his big mouth is, for $100. Amazing. pic.twitter.com/mzlDzu2ASR

Here’s another angle of The Putt posted by Rory McIlroy below.

Danny Willett didn’t do himself any favors with these tweets