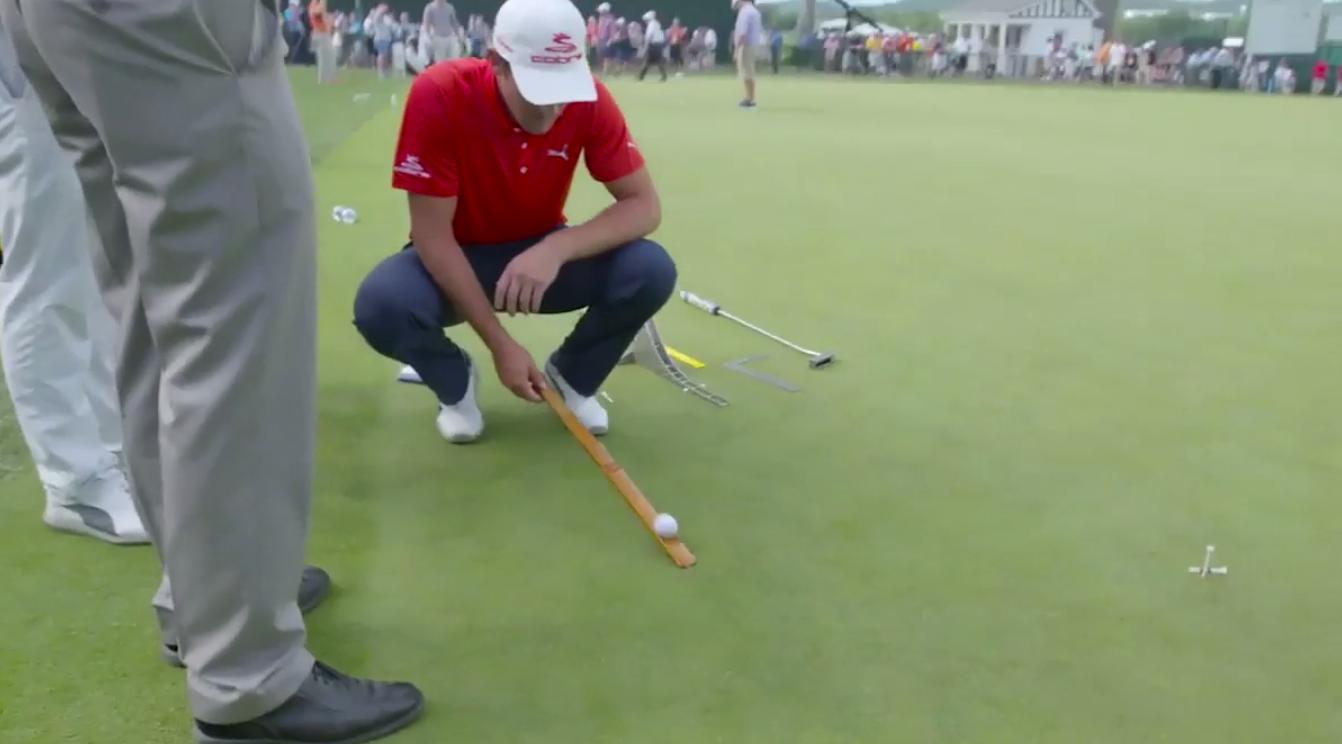 Bryson DeChambeau is a unique individual, and we love him for it. And while stories of the SMU alum and physics major’s singular approach to the game have been written ad nauseam in recent months (have you heard he plays single length irons!), this was cool to see: DeChambeau getting a look at the original Stimpmeter and geeking out accordingly.

By the way, Bryson went full Bryson in this @FOXSports video. https://t.co/tyit8p1I0M

DeChambeau, who opened with a 1-over-par 71, also indicated, seemingly, that when he was approached with the device at the start of the video, he was “calculating the deviation in the x-direction.” You’ll have to watch the clip to see what that heck he’s talking about on that front, but it sounds interesting.

Fun fact: The Stimpmeter was invented 80 years ago, and it traces its origins to Oakmont. Edward S. Stimpson, captain of the Harvard golf team and Massachusetts state amateur champ, produced a prototype of his device after heading about how Gene Sarazen putted a ball off the green at Oakmont into the bunker, victim of the wildly inconsistent green speeds that were common at the time.

Steve Stricker: Tiger Woods robbed me of my confidence, meaning as a golfer