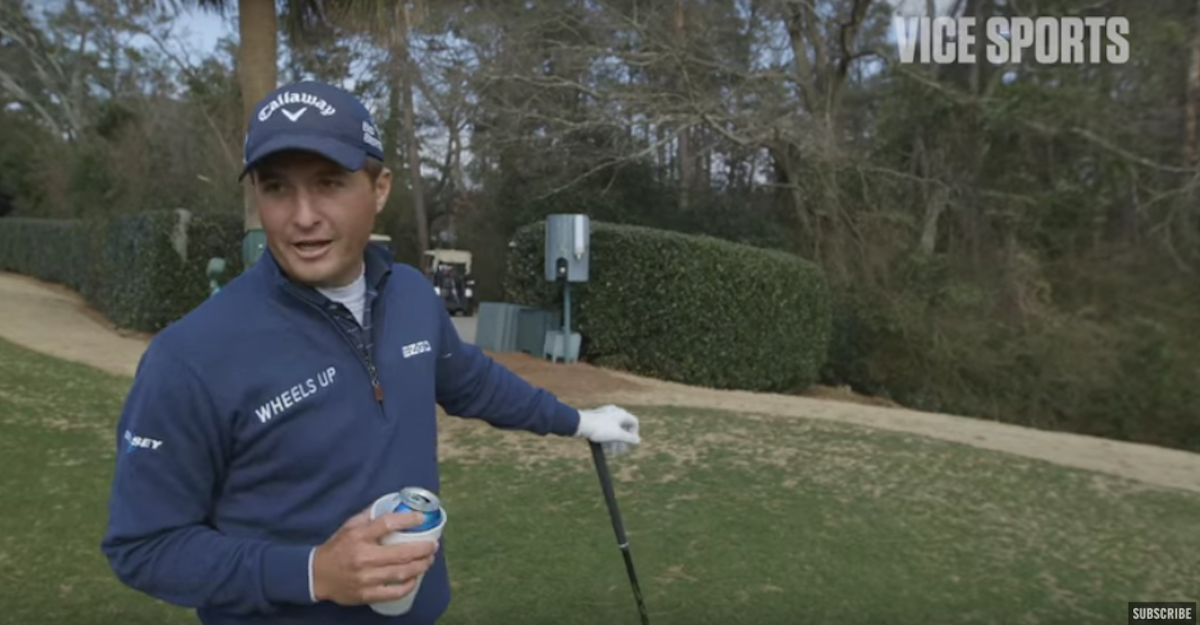 In reply to a Twitter query from a gentleman named Jim Manion asking, essentially, what he had to do to play a round with Kevin Kisner at the golfer’s home course, Palmetto Golf Club, Kisner responded saying, “I would let you play anytime with me @palmettogc1892 but I’m suspended bc of my @VICESports video. Seems fair!”

First question: What is this video? Second question: Is he serious in saying that he’s been suspended from the Aiken, South Carolina course?

@jjmanion @HitchWoodsAiken I would let you play anytime with me @palmettogc1892 but I’m suspended bc of my @VICESports video. Seems fair!

And when asked why he wasn’t practicing at Palmetto, Kisner replied…

Wow. He’s serious. Returning to the first question, here’s the video in question, produced by Vice Sports (in partnership with Callaway). It was posted to the forward-thinking news (and sports news) website April ninth, prior to Kisner’s debut at the Masters. It details, in short, a bit of the golfer’s downtime, which includes a healthy dose of recreational golf with friends (and accompanying friendly wagers). Oh, and beer…and a golf cart race. Check it out below.

Kisner was kind enough to reply to me on Twitter, confirming that he and everyone in the video was suspended from the club.

@BenAlberstadt yes, along with everyone in video who are members as well. Pretty comical

MUST WATCH: Jordan Spieth’s Masters collapse as a Nintendo game