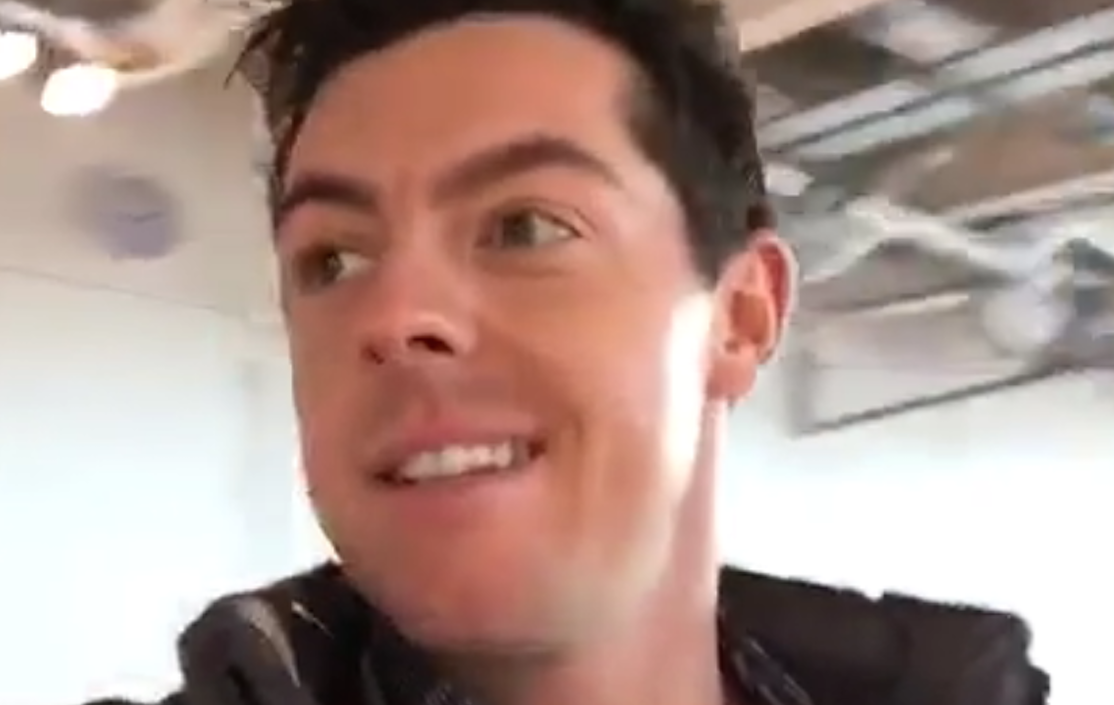 Rory McIlroy, who won’t be “home” to Palm Beach Gardens, Florida until February (as he told his Facebook fans), visited the Dublin offices of Facebook today.

He took the opportunity to broadcast live on Facebook (you can do that now?) offering a tour of a portion of the facility that was somewhat lacking. However, he did showcase the employee ping pong table at the facility, which is, well, not fair, as well as assorted sweets and coffee.

Beyond “what time is it?” and “red or blue?” Rory’s fans had a some interesting questions for the golfing superstar, which punctuated the several awkward silences/moments that make up much of the video until near the four minute mark, when the queries really started rolling in.

First, this face, which McIlroy made in response to a user saying s/he’d named a child after McIlroy. “I don’t know if that’s a good thing or a bad thing,” McIlroy said. 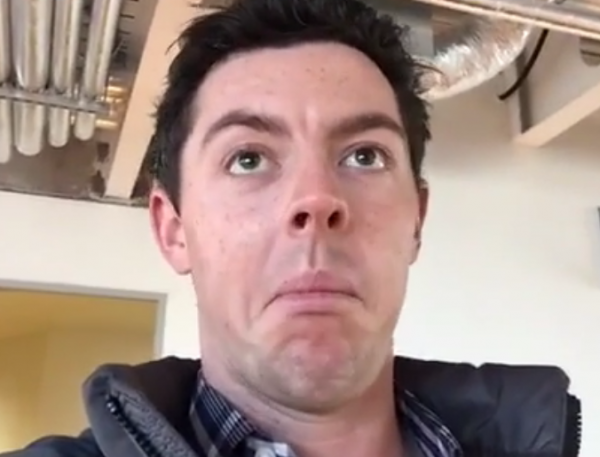 He called St. Louis, “Saint Lewey” which is probably excusable from a native European. However, citizens of the Gateway to the West may feel differently.

A passionate Red Devils fan, he’s no fan of Louis van Gaal, which he mentioned twice.

In response to “Who would win a wrestling match: You or Jordan Spieth?” McIlroy said: “Me, obviously.”

He’s never played disc golf. Which is probably good, given what happened last time he had a kickabout with the soccer ball.

He wants to play Cabot Links.

“American football or soccer?” “Both.”

“Augusta is the best course we play all year.”

When asked “G450 or G550?” He responded, “G550.” Presumably the question referred to his preference in GulfStream plane, something 99.99 percent of us won’t have to consider.

Favorite club? Driver (Which, if you drove it like he does, would be your favorite, too).

He said he likes golf in Scotland…preferably in the summer, adding to his “fair-weather golfer” reputation.

Offered a very diplomatic answer to “What do you want for Christmas?” “I’m happy with what I have.”

Now perhaps you hate social media and its primacy in culture and the media landscape. And yes, McIlroy isn’t the polished, image-and-branding obsessed superstar some might favor. And no, he wasn’t offering penetrating insights or pondering the nature of existence.

But it’s difficult to image the 25,000 people who have liked the McIlroy video on Facebook, the 17,000 commenters, or those who caught Rory live were anything but thrilled with the superstar’s impromptu broadcast.

And as a child who grew up eagerly penning letters to my favorite athletes who eagerly rushed to the mailbox every day to check for replies, it’s nice to see one of best in his sport informally engaging fans through via Facebook. This new order of things, how can it not be good for the fans?