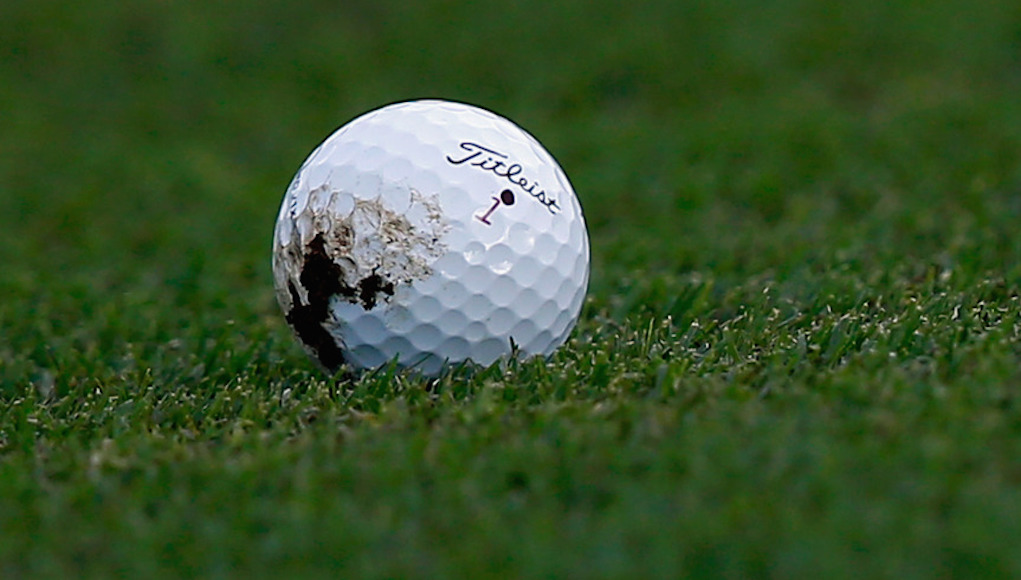 Recently, I had a few people ask whether we have done any research at Ping on the effects of mud on a golf ball, or “mud balls.” It turns out that one of our engineers had encountered a significant amount of mud on the right side of his ball in a tournament earlier this year. Unsure what the effect on ball flight would be, he aimed for the middle of the green and watched his ball draw into the rough, well left of the green. This spurred a debate as to whether the effect of mud on ball flight could be consistently predicted.

To test our hypothesis we set up a G30 4-iron on our Ping Man robot and set the swing characteristics to a faster swing-speed player. The club speed prior to impact was set to 95 mph, leading to center hits carrying a little over 220 yards with a Titleist Pro V1x ball. We then teed up a number of balls with mud caked on different areas. Some had mud covering the entire surface of the ball, while others had mud applied to one area – either the front, back, top, bottom, left or right side of the ball.

We used a lot of mud to try to maximize the effect and get the most measurable results. However, our high-speed video analysis of impact showed that much of the mud fell off the ball immediately, regardless of how much mud we applied.

A short statistics lesson is needed to interpret the results. Ping Man is extremely consistent and so usually no more than three shots are needed in any configuration to establish a reliable set of data. In our bar charts, the average of the three shots is the bar itself, while the “error bars” on either side of the bar show what we call a 95 percent confidence interval. This means we are 95 percent confident that if we took 1,000 or even 1 million shots on Ping Man, the average would fall in this interval.

Does mud on the right of the ball cause it to bend consistently in one direction? 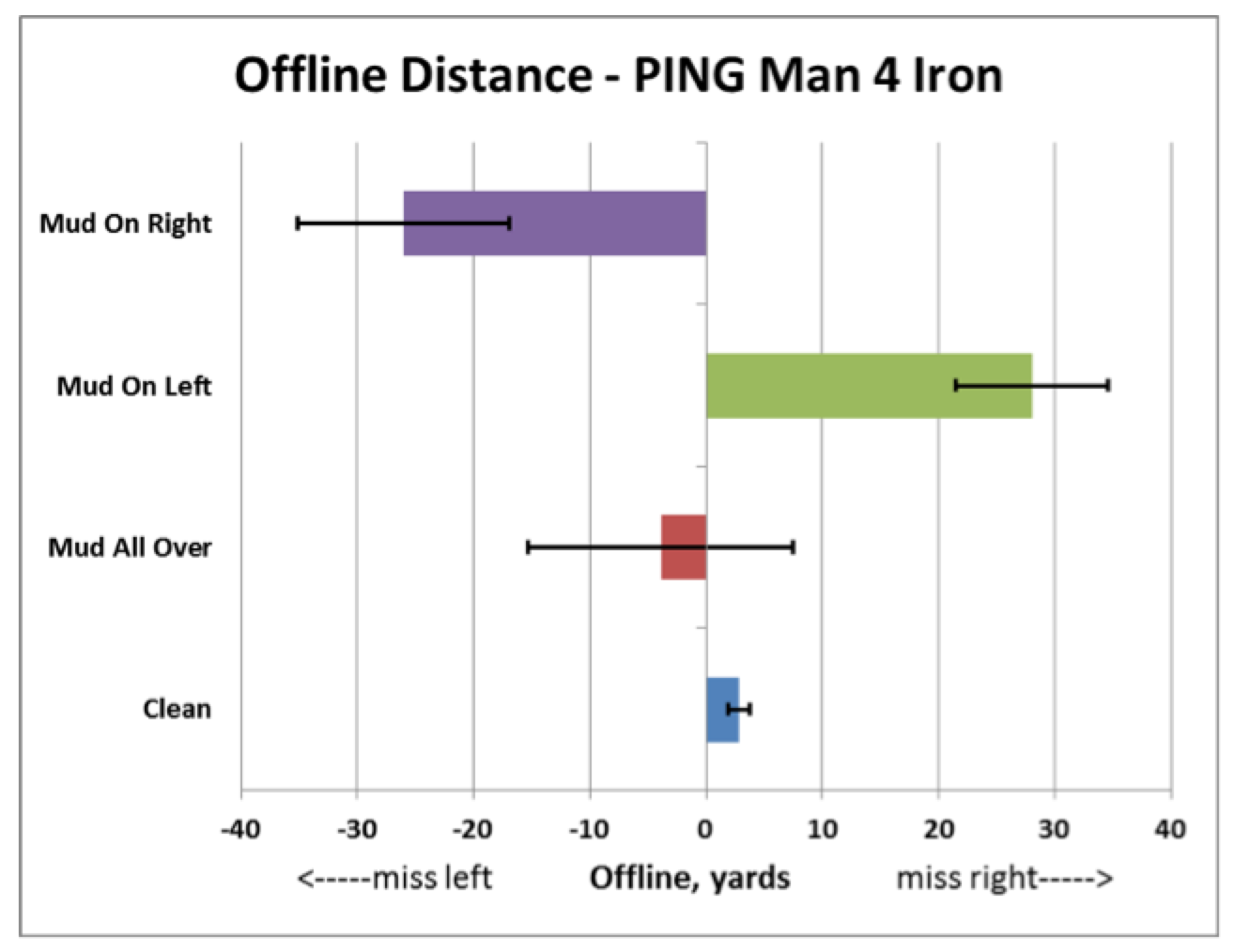 The average offline distance for a clean ball, a ball covered in mud, and balls with mud on the left or right.

The answer is categorically yes. Figure 1 shows that balls with mud on the right ended up around 25 yards left of the target on average – a statistically significant result. Likewise, with mud on the left, the ball ended up around 25 yards right of the target. With mud all over, the balls ended up statistically no different to the clean balls. You can see that the error bars are much wider for all of the mud balls than the clean balls. The mud is making the ball flight less consistent, which is no surprise. However, the take home message is that if you find your ball on the fairway with mud on the right side, aim right of your target and you can be confident that the ball will curve a long way to the left. This was tested by one of our engineers in competition not long after we conducted the test and he was able to aim right with confidence and find the middle of the green.

Does mud on the ball cause it to fly shorter? 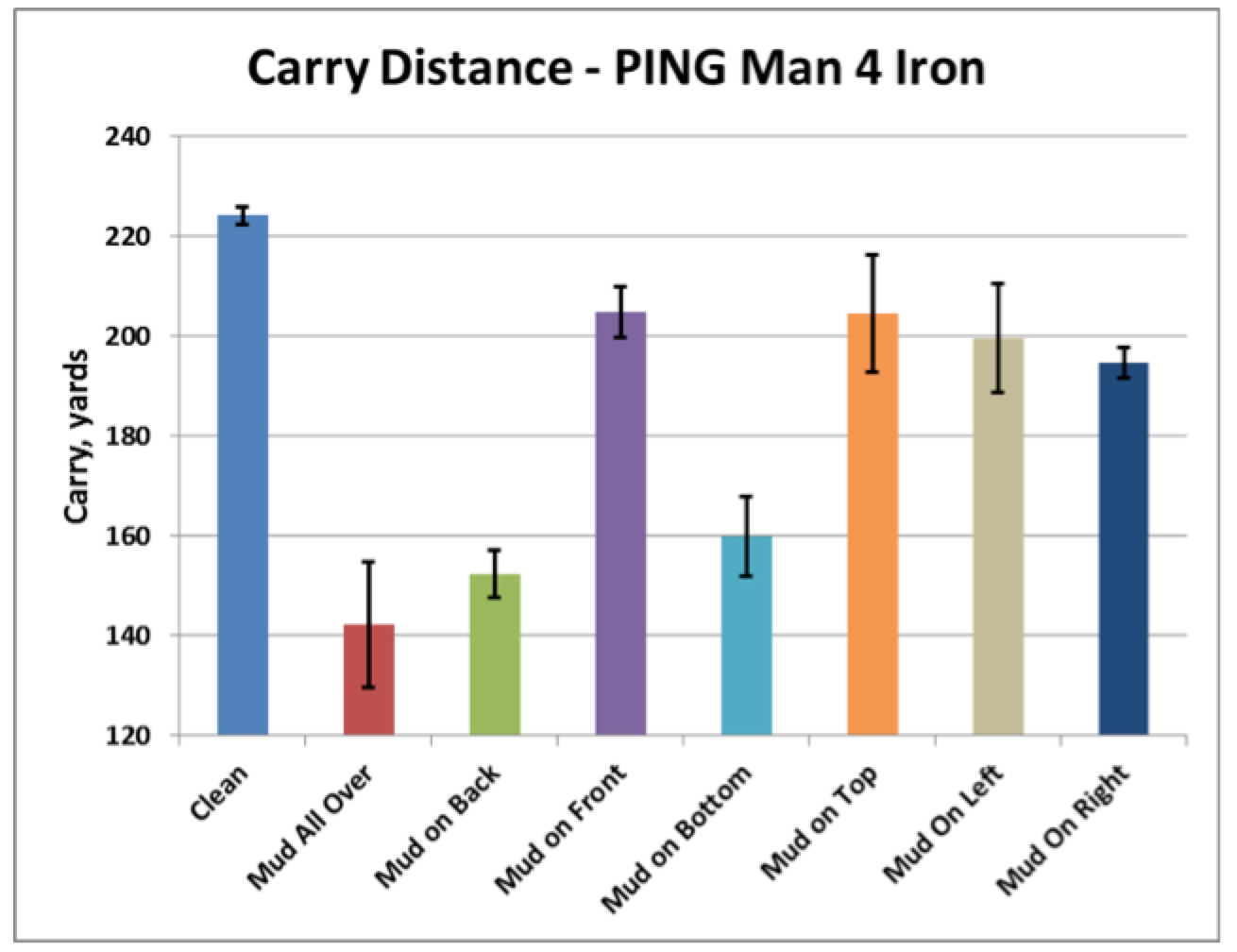 Figure 2: Average carry distance for a range of different mud conditions when compared with a clean ball.

Figure 2 shows the carry distance of all the configurations we tested. There was a significant drop in distance for all of the mud balls, but the most dramatic drop by far occurred when mud interfered with the club-ball interaction. With mud on the back or bottom of the ball, the club impacts mud before the ball and — no surprise — mud is not great for energy transfer. Even when mud does not get in the way of the club, ball speed is lower, which is a result of some of the energy in the club head going toward accelerating mud rather than the ball. The message here is: Take an extra club if there is a lot of mud on the ball, maybe even a couple of extra clubs. Our test shows the extreme case because we used a lot of mud, but the effect will exist whenever there is an impediment like mud on the ball.

This kind of little experiment reminds me how fortunate I am to work in an engineering department where if we have a question based on observations during a round, we have all the tools at our disposal to answer that question in a systematic and reliable way. I hope this helps shed a little light on what you can do if you’re unfortunate enough to find mud on your ball during a round.

An inside look at playing in a PGA Tour Pro-Am