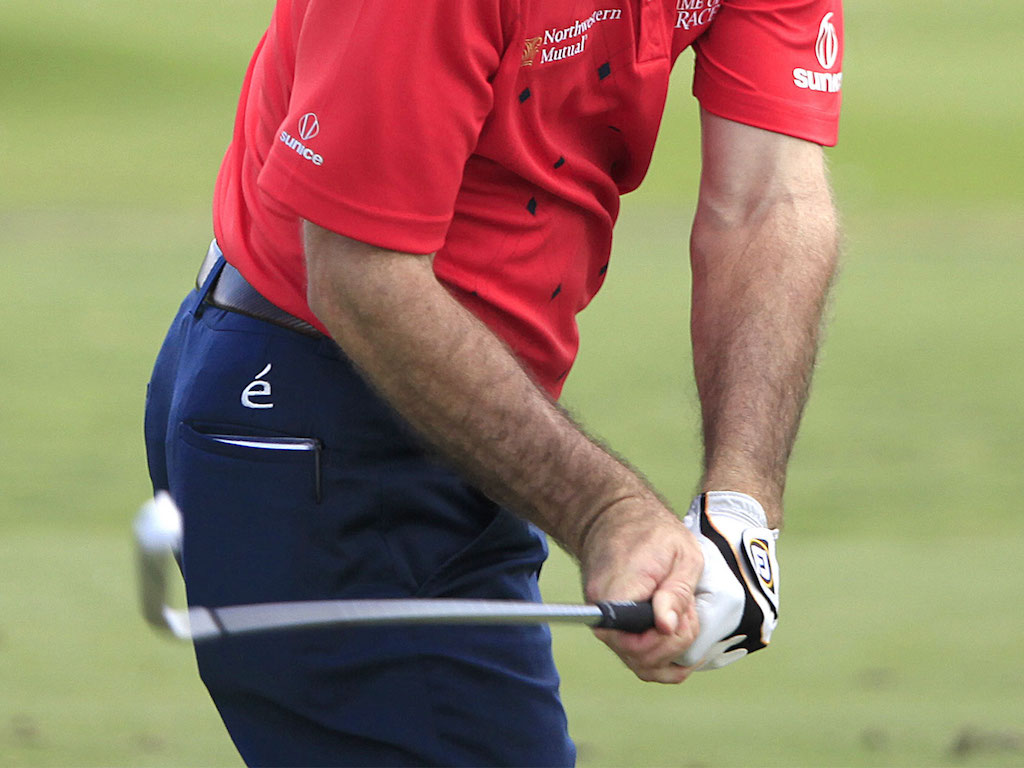 A lot has been written about what is called “lag,” or angle retention in the golf swing, which occurs during the downswing. How much lag is necessary? When should a golfer release the club? Does lag actually help? Those are the questions that I see regularly asked by readers in GolfWRX instruction articles.

Lag is a way of describing the relationship of the hands and club head, where the hands are leading and the club head is “lagging” behind in the downswing. While lag does serve a very important function in the swing, it is NOT one of speed. I work with some very good players, two of whom swing in excess of 120 mph with their driver. One releases it VERY late (too late, actually, and we’re working to get rid of some of that) and the other very early.

A “sweep” release imparts every bit as much force as a “snap” release if delivered at the same speed, as evidenced by Jason Zuback. We cannot discount the importance of the release, however, because it serves another, vital function in your swing. And that is, along with the proper body dynamics, the release is responsible for the bottom of the swing arc, or what is called “the low point.” Ideally, we want that low point slightly in front of the golf ball for shots from the turf, and slightly behind the golf ball on the driver. This is a major component of the attack angle and determines how solidly the ball may be struck.

In discussing when the golf club should be released, let’s keep in mind a few other factors about your individual swing, namely the path, the plane and the width of your swing. I will discuss these factors in more detail later on in the story.

General rules of thumb about the bottom of the swing arc

If you’re a golfer who comes “over the top,” you’ll find that releasing the club earlier is not a preference, it is a necessity. That’s because golfers who swing over the top reach impact “later,” which means their motion moves the bottom of the swing arc well forward. Because of this, golfers are forced to release the club head earlier to to complement the later bottom.

Conversely, if you have developed an inside-out path, the same early release will not work. This is because an inside path makes a golfer get to impact earlier, that is, the bottom of the swing arc is much farther back. So a golfer who swings hard from the inside needs to retain his angle slightly longer to avoid hitting fat shots and hooks.

Now with swing plane, if you’re one who swings more upright or vertical, your release should be earlier than those who have a flatter, or more horizontal swings. Upright swings are narrower and tend to move the bottom of the swing arc more forward, and an earlier release complements that move. Think Tom Watson or David Toms.

Finally, a word about pivot: If you’re a player who tends to move off the ball in your takeaway, you will need a certain amount of angle retention coming down. The reason is that when you moved off the ball, you moved the bottom of your arc back, and you’ll need to move it back forward coming down. And if you’re a player who stays quite centered over the ball, feel free to release the club a bit earlier, simply because by staying more centered you moved the bottom a bit forward and now you may have to move it back a bit.

A good golf swing has a repeating low point. There are a myriad of factors in this dynamic, but the ones I described above are the core issues involved in finding your right combination. But don’t take my word for it, try a few combinations on your own. Try staying TOTALLY on your lead side in the back swing, and lagging the hell out of the angle coming down. I’d be willing to bet you won’t get to the bottom of the ball. Now try moving way over to trail side on the takeaway and releasing the club as early as you can. There’s a good chance you’ll lay sod over the ball or hit a quacker!

I know this sounds confusing, but read it a few times, and you’ll see what I mean. These are the swing factors that determine when and how you release the club. Remember, every move in the golf swing needs one that complements it, not one that complicates it.

9 steps to market and grow your golf instruction business

Why your comfort zone is killing your golf game