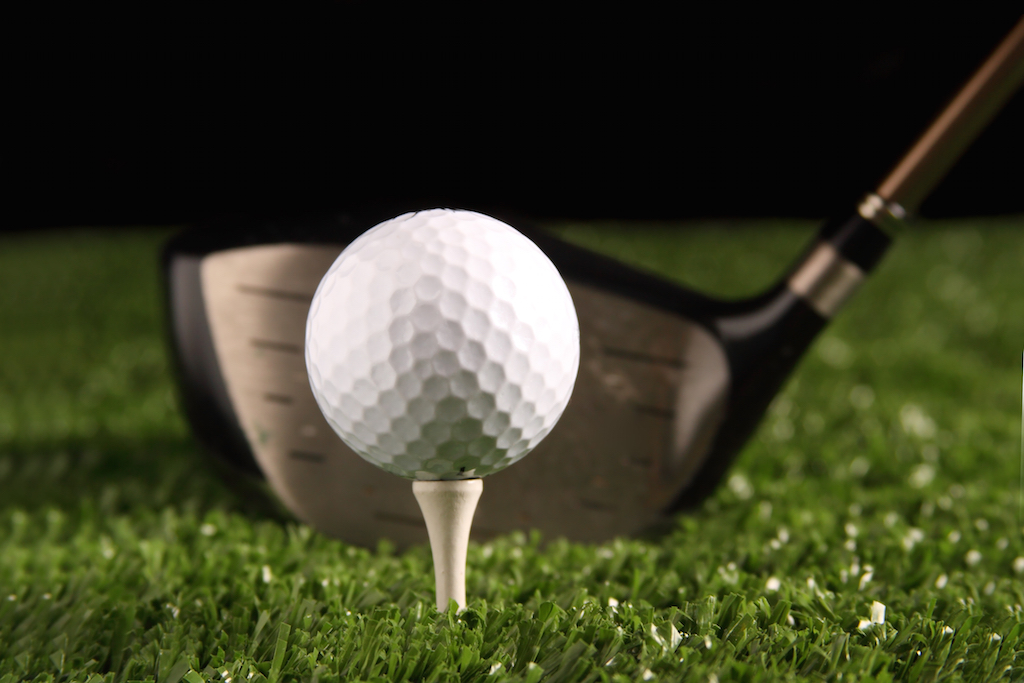 Did you know that the average golfer is losing a ton of distance, simply by not optimizing ball launch physics? Most golfers launch the ball either too low, with too much spin, or a combination of both — sapping their game of distance.

I teach at one of the biggest and best facilities in Europe, and am lucky to use Trackman. The average angle of attack I see with players hitting a driver is 5 degrees down on the ball.

What is angle of attack?

Angle of attack (AOA) relates to whether your club is coming down, level or up into the ball through impact. Combine this with the loft of the club, and it affects both our launch angle and our spin rate. 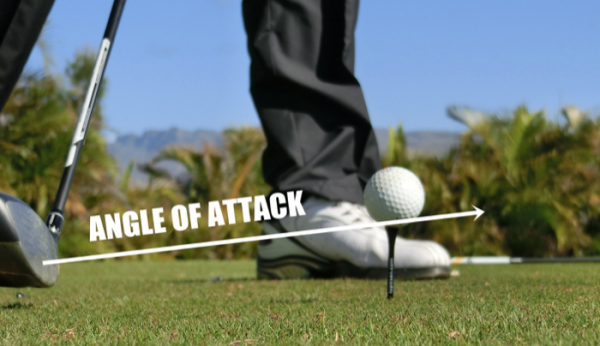 Image from “The Practice Manual: The Ultimate Guide for Golfers”

The above picture shows what we call a positive angle of attack, where the club is moving upward toward the ball. I used TrackMan to to test different AOA’s and their effect on the distance the ball went. The results were startling.

Using a typical swing of an amateur, I hit 10 shots with a 5-degree downward blow.

Next, I made a change in my set-up position and a small thought change (I will explain at the end of the article). This allowed me to make a 5-degree positive AOA, where the club is coming upwards into the ball through impact. Here are the results:

In this picture, we see the AOA in the red circle (5.8 degrees upwards) and the carry distance jump to 262.4 yards. This happened despite slightly less swing speed. With this AOA, the launch angle basically doubled, and the spin rate dropped a little. Total distance was 288.6 yards – not bad for little a swing speed just barely more than 100 mph.

Next, I tried 10 shots with as much positive AOA as possible. I teed the ball as high as I could, and visualized the club moving upwards though impact. This AOA would be impossible for a lot of golfers to do because the body positions required to do it require a lot of flexibility and mobility. But, just for fun, here are the results:

Here we see an insane AOA of 8.1 degrees up on the ball – this is in the long-drive competitor range. I even threw an 11.4 degree AOA for my last one.

Again, we see the spin rate drop slightly, and the launch angle shoot up past 16 degrees. This results in a massive 272.4 yards of carry distance – a 55.6 yard improvement, and an average of 295.5 yards total.

There are even a few shots more than 300 yards thrown in — with a swing speed of little over 100 mph, which is certainly attainable to a lot of golfers.

Some of you may have noticed that the positive AOA also resulted in a better smash factor and slightly higher ball speed. However, when the results are adjusted for ball speed, the higher AOA still comes out tops.

How I did it

Mainly, the improvements in distance stemmed from an understanding of how I wanted the club to hit the ball, followed by a deep visualization of impact. If you can see what you want the club to do, you will be more likely able to do it.

However, for those of you who want more of a “how-to,” here are some things you can try:

It is worth noting that as your AOA becomes more positive you will have to have a corresponding increase in tee height. That’s why long-drive champions tee it so high.

A positive AOA is needed to maximize distance, but it is not the be-all, end-all of distance. There are more things to consider. I personally settle on around a +3 AOA, as this gives me a nice blend of distance and control. Ease into a more positive AOA and test to see if it is right for you. You don’t want to ruin your game at the expense of a few yards.

However, on that note, I actually hit the ball straighter and more consistently with a +3 AOA than I do with a -5 AOA.

A recipe for better putting