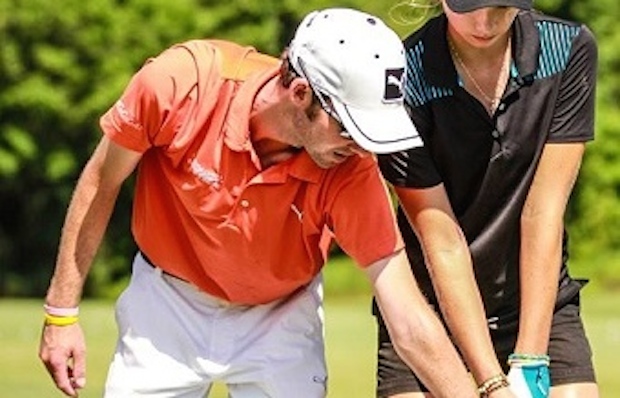 In recent years, advances in golf technology have shown that there are many variables that go into a desired ball flight. Doppler radar launch monitors like FlightScope and Trackman have proven that the club face’s position at impact is responsible for a golf ball’s starting direction and the path of the club is responsible for the curvature of the ball.

Understanding these ball flight laws is very important to owning your shot shape. After golfers have a good understanding of them, it’s time that they learn how to achieve their desired flight.

Two things I rarely hear discussed when it comes to curving the golf ball is hand path and the use of the ground during the swing. They are two keys that are vital to controlling the face angle and club path at impact.

Hand path is the direction that the hands move in the backswing and downswing. An easy way to think about it is to imagine a U-shaped arc on the inside of the golf club that sits directly under a players hands at address. Depending on the desired shot shape, the hands can move on the arc, outside the arc or inside the arc in the backswing. The hands can do the same thing in the downswing and at impact: they can move on, inside, or outside the arc depending on the desired shot shape.

How a player uses the ground during the swing also has a big influence on their body lines at impact. The movement of pressure from the ground up can be quite different for a golfer who hits a draw compared to one who fades the ball.

In one of my previous articles, I talked about ground forces in regards to the center of pressure (COP) and how player’s COP trace can affect his or her golf swing. I gave a generic example to help the everyday golfer. I’m now expanding on that to help the golfers improve their shot shape. Below I have listed some keys to help each player.

Below is an example of what the fade hand path looks like as shown by a very good fader of the ball, K.J. Choi. 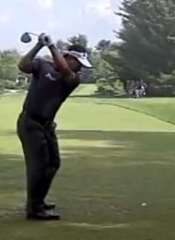 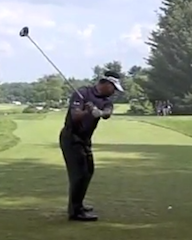 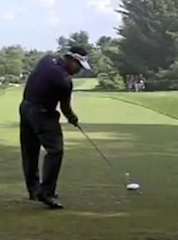 Here is the example of what this type of player would look like on a balance plate (at impact). The COP is in the lead heel as indicated by the red, orange, and yellow colors. 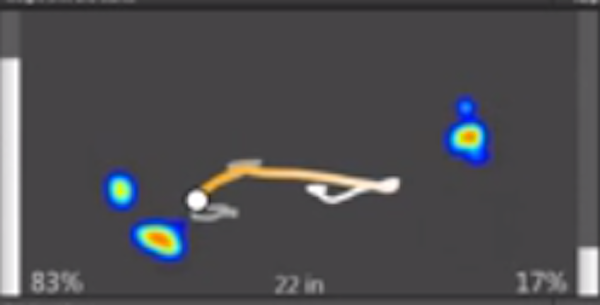 Again, this is a photo of impact, but if we backtrack and look at where the initial COP trace line begins (between both feet on graph) at the address position, you will find the line moves back and slightly up toward the ball of the foot at the top of the backswing (this is when the hands in the backswing would be moving away from the body). As the player begins the downswing (hands moving in front) and finally gets to the impact position (hands moving inside) you see the line move towards the lead heel.

Below is an example of what a draw hand path looks like as shown by a very good drawer of the golf ball, Charlie Wi. 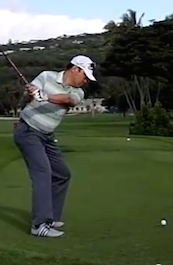 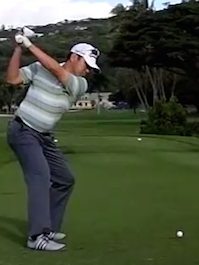 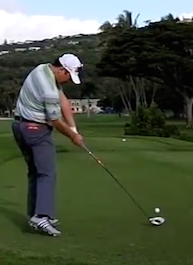 Below is the example of what the draw hand path would look like on a balance plate. You will see that the COP is in the ball of the foot/toe region. The pressure is indicated by the red, orange, and yellow colors.

This is a photo of impact, but if we backtrack and look at where the initial COP trace line begins (between both feet on the graph) at the address position, you will find the line moves back somewhere between the ball of the foot and heel (the hands are moving inward and staying close to the body). As the player begins the downswing (hands moving deeper behind body) and finally gets to the impact position (hands moving outward) you see the trace line moves outward as well.