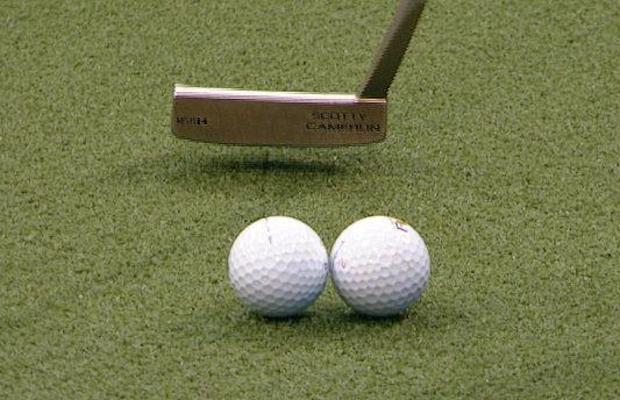 If you want to make more putts, you should begin by concentrating more on the putter face instead of the path that it travels on.

I see many golfers who work on their putting strokes by trying to perfect their path going back and through. If you are one of those players, you may want to re-think things. Research has shown through SAM Puttlab that putter face alignment is responsible for 83 percent of a putt’s starting direction. With that being said, if the path is only responsible for 17 percent of where the ball starts, why are you spending so much time trying to perfect it?

As a golf coach, I used to spend a lot of time trying to perfect the path that the putter travels during the putting stroke. As technology continues to evolve in our industry, however, we have to adapt to help our players improve their performance. When I found out the face angle is five times more important than the path, I immediately had to rethink how I taught putting.

When looking at the best putters of all time, you’ll find that many have different set-ups, grips, stance widths, tempos, ball positions and paths. The only constant is they all square the putter face to their intended starting line at impact and strike their putts at the same location on the putter face time after time. 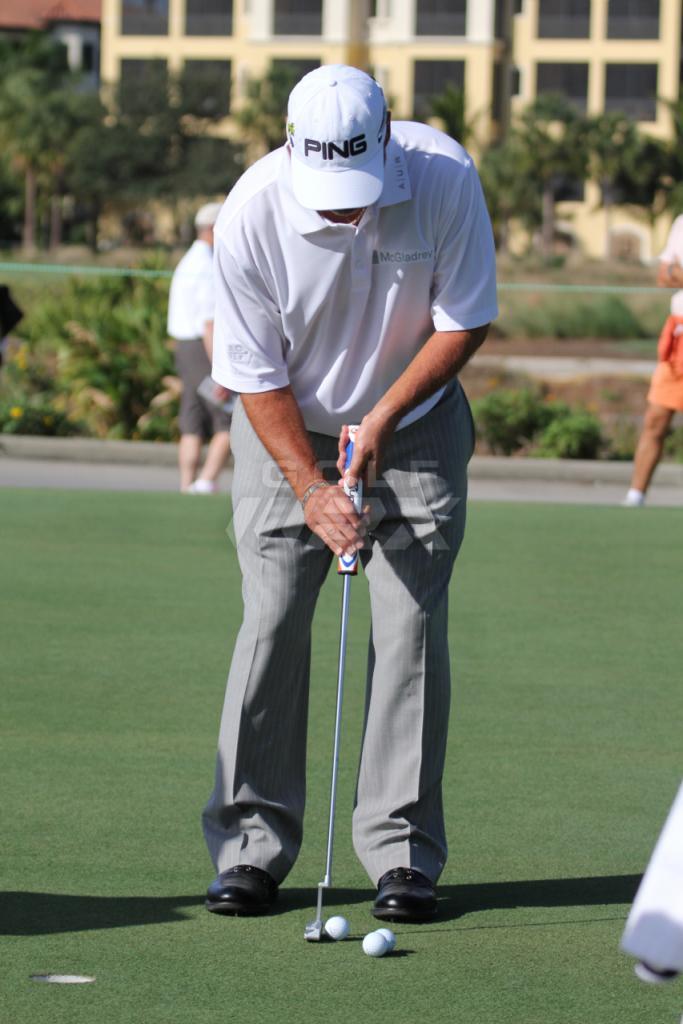 Above: Chris DiMarco has won three events on the PGA Tour using a “claw” putting grip.

The great thing about putting and putting well is that there are so many different ways to do it. Putting is an individual art and it should be taught that way. Look at players like Loren Roberts and Brandt Snedeker, for example. If someone got to Loren Roberts at a young age and tried to change his notoriously long and slow stroke, he probably wouldn’t be the great putter that he is today.

Brandt Snedeker is the opposite, as he has a very short and quick stroke, but it’s very effective. Would you teach that to someone? Probably not, but both players are able to consistently square their putter to the intended start line and that is why they are great putters! 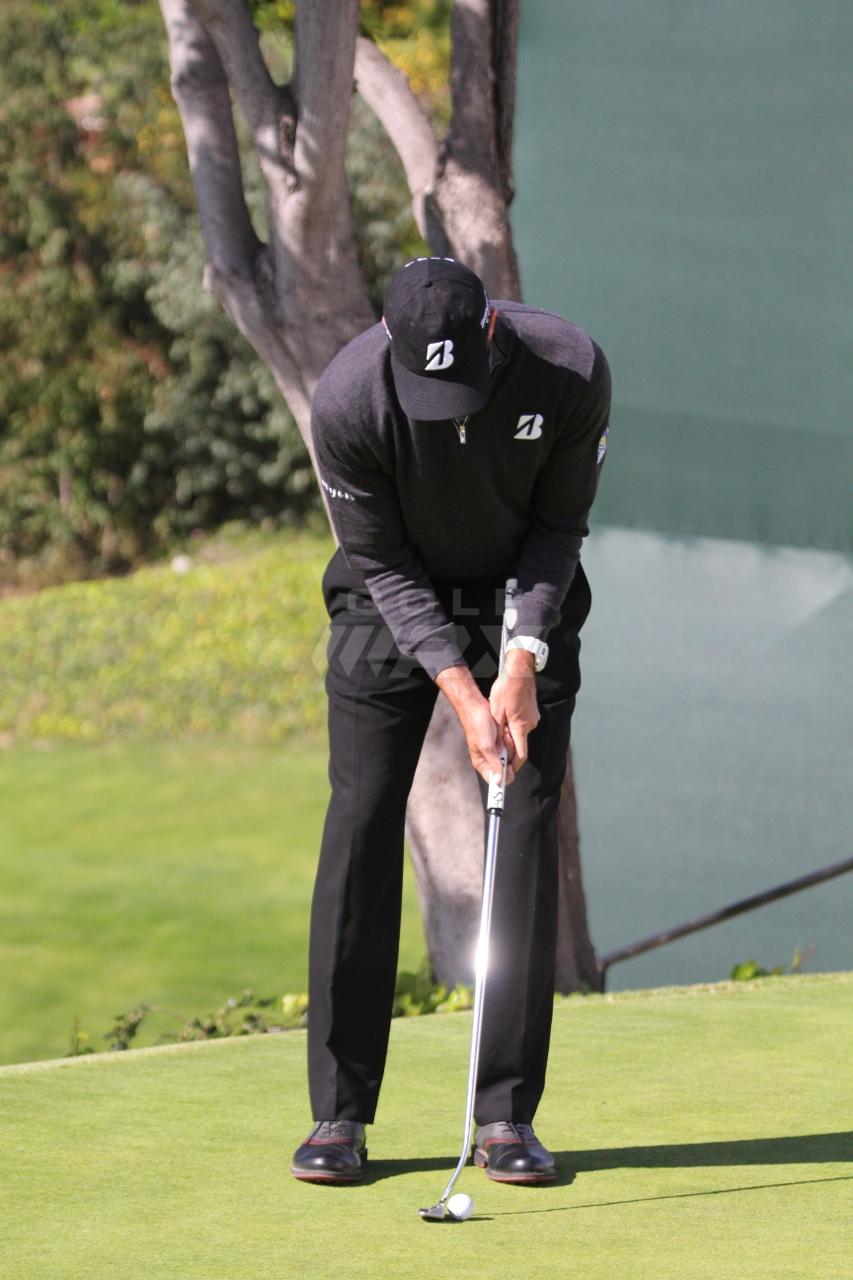 Above: Matt Kuchar has used the “Arm Lock” putting style for four of his seven PGA Tour wins.

In order to square the face to the player’s intended start line at impact, I have found that it’s very important to get the player’s face angle at address aligned within about 1-to-2 degrees of their intended start line. This makes for less manipulations during the stroke, which will lead to more consistency and more holed putts, especially from shorter distances.

I like to use a few of the drills below to help golfers improve their face angles when putting. After the drills, I have listed a few troubleshooting tips for anyone having issues with the drills. I would recommend you only pay attention to the troubleshooting area if you find you’re having a tough time, otherwise as I stated above, there are many ways to get the ball in the hole and the below drills can help you begin to hole more putts.

This is one of my favorite drills to help face alignment at address and impact. You will first need to find a ruler. If you don’t have one, I would suggest picking up a metal ruler at your local store. They only cost a few dollars.

Once you have your ruler, you need to align it where the golf ball needs to start. This drill should be used no more than 7 feet from the hole. Place the ball at one side of the ruler, square the face to the ruler at address, make your putting stroke and try to keep the ball rolling down the ruler through its entire length. If you can do this, you have done two things. 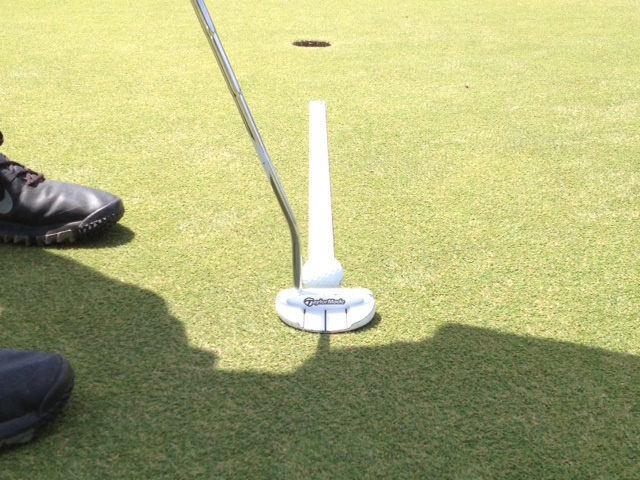 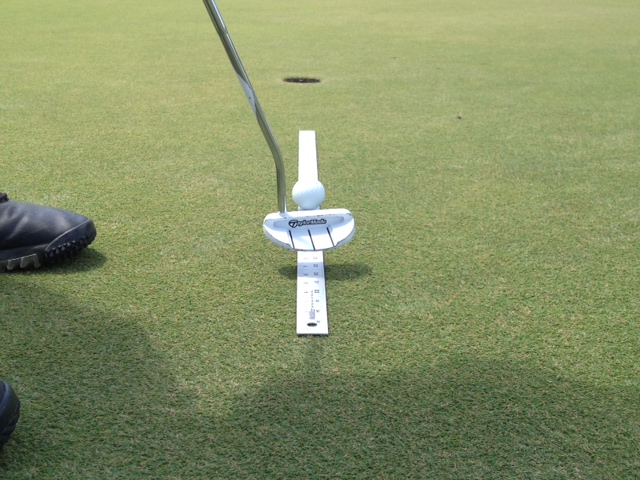 This is a great drill to give golfers automatic feedback of what their putter face is doing at the moment of impact. All you need is two golf balls to start.

Place the two golf balls next to each other and make sure they are both flush with the putter face at address. Make a stroke and pay attention to what both golf balls do after impact. If the heel ball takes off first and travels farther, the putter face was open at impact. If the toe ball goes farther, the face was closed at impact. If done correctly, both balls should roll close together and around the same speed. This will show a square face angle at impact. 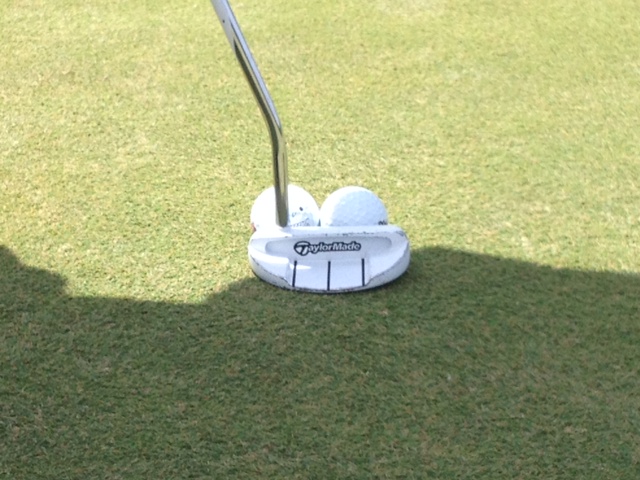 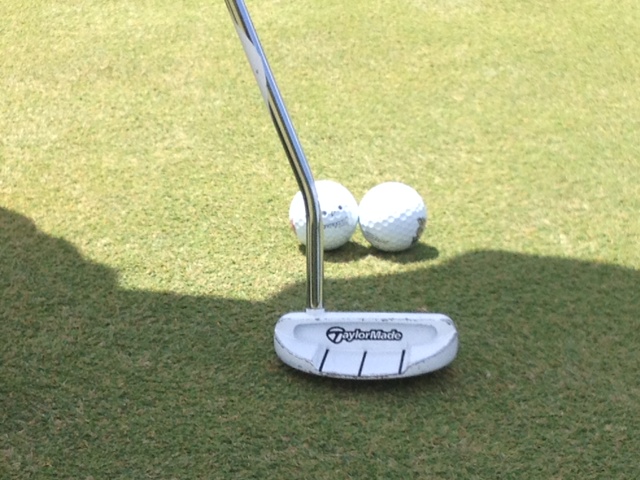 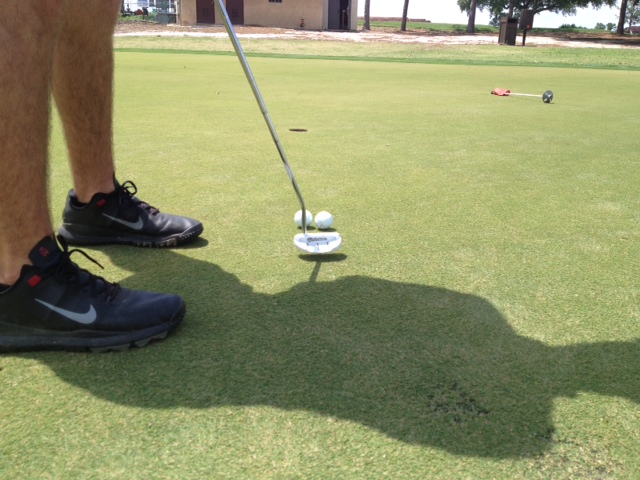 After getting a good feel for the proper face angle at address and impact using the ruler drill and two ball drill, the player can advance to the gate drill. This is a great drill to see how you are progressing after the first two drills.

You’ll see I used two alignment sticks for a good visual, but two tees work just as well. This drill should be started at about 10 feet from the hole and on a straight putt. The player should place the two tees half way between them and the hole. The tees should be about 3-to-4 inches apart.

If the player has good face angles at impact on a solid strike, they will have a great chance of rolling the ball between the two tees and holing the putt. Once the player is successful with the straight putt, they should find a breaking putt and do the same. When working on breaking putts, I suggest that players hit a few putts first to find the apex point. Then place the two tees halfway between you and the hole, and see how well you can do on a breaking putt. As you begin to master this drill, you should move farther back and test how well you can judge line and speed. 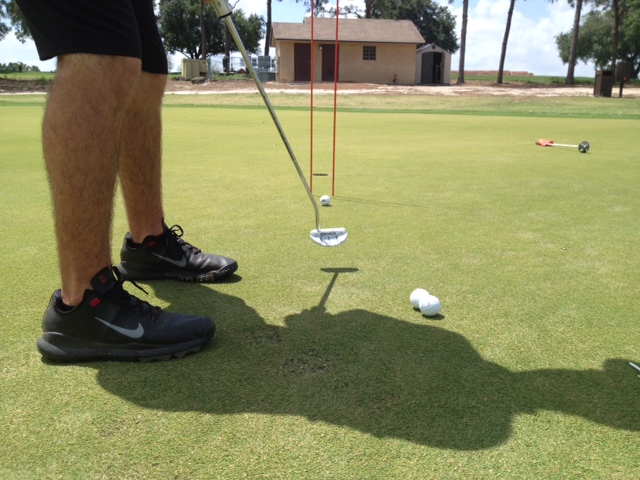 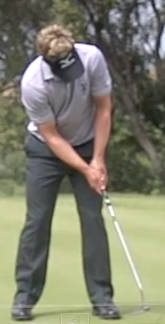 Drills to hit the best putts you possibly can