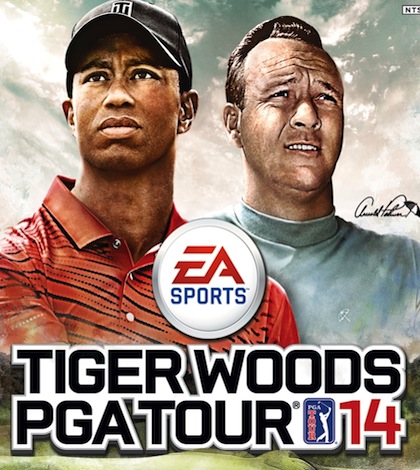 When you queue up EA Sports’ golf offering on your video game console of choice next year, you won’t be able to play as Tiger Woods. And if you’ve been eagerly awaiting “Tiger Woods PGA Tour ’15,” you’re waiting in vain.

This means not only will the world’s most recognizable golfer not be on the cover of EA Sports’ golf game—as he has been since 1999—but that Woods and his Sunday red will likely be absent from the game entirely.

Athletes in individual (rather than team) sports don’t have to march in lockstep with a union decision to lend likenesses to video game makers. Thus, it’s unlikely that Tiger would fancy an animated version of himself appearing in a franchise that cut him loose. It’s fitting to stand in indignation with gamers around the world and ask, “What’s going on here?”

For one thing, after having a rough go of it, EA reported strong earnings in an October 29th conference call, beating consensus earnings per share estimates by 23 cents, and exceeding revenue estimates as well. The bullish position might compel the Redwood, Calif., based company to both devote some more cash to developing a new game and take a chance, rather than staying the course with an aging franchise.

It appears, too, the Woodsian video game franchise (with a near 40-year-old on the cover) was in a state of decline, offering the video game maker additional motivation to move in another direction.

“EA Sports golf fans have always loved authentic courses and players, but they’ve also asked for more choice and customization in how and where they play,” Daryl Holt, EA Sports vice president of golf Daryl Holt told Gamespot. “We’re working on a new approach to deliver the best golf experience to our fans.”

Woods, for his part, isn’t resting on his video gaming laurels: the world No. 1 is in talks with other companies to develop a new video game, according to agent Mark Steinberg.