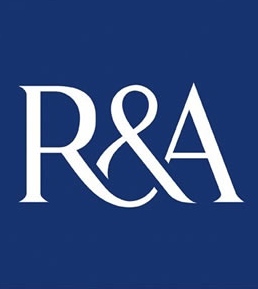 The Royal and Ancient Golf Club of St. Andrews, which administers the game throughout the world, save America and Mexico, announced a suite of changes to the ways in which players can qualify for the Open Championship, the R&A’s premier event.

The change largely consists in the elimination of a number of 36-hole qualifiers held all over the world in the lead-up to the third major championship of the year. Instead, a number of top professional tournaments in the weeks preceding the Open Championship will give spots in the field to some of the top finishers not already exempt. Those tournaments have been branded the “Open Qualifying Series.”

In the United States, the AT&T National and The Greenbrier Classic will serve double-duty, each giving the top four not-yet-exempt players spots in the Open Championship. These two qualifiers-within-a-tournament replace an eight-spot, 36-hole qualifier traditionally held in Dallas each May. The John Deere Classic, true to form of the last few years, will continue to give the single highest finisher from its field not already exempt a spot into the Open Championship.

The R&A is also giving similar extra prestige to three European Tour events. In the same way as the aforementioned PGA Tour events, three spots will be given at the Irish, French and Scottish Opens. These events replace a 36-hole qualifier traditionally held at Sunningdale Golf Club in Surrey, England prior to the Open Championship.

Additional spots will be up for grabs in top existing events in Australia, South Africa, Japan and Thailand.

Local Final Qualifying will continue to exist, giving many less-heralded players the opportunity to gain entry into the Open Championship in a similar way as do a handful of underdogs each year in the U.S. Open. But now, the four sites at which Local Final Qualifying is held are locked in for the foreseeable future: Hillside, Woburn and Royal Cinque Ports in England and Glasgow Gailes in Scotland.

With other new high-level tournaments filling up the worldwide professional golf calendar, the R&A was able to trim some of the clutter in the form of the 36-hole qualifiers that often complicated players’ travel plans during an already hectic summer. In addition, the expense of running those qualifiers can be diverted elsewhere.

The system will be implemented immediately, with the first spots awarded at November’s Australian Open. Next year’s Open Championship will be played in July in Hoylake, England, where Tiger Woods won on a bone-dry Royal Liverpool Golf Club in 2006.

Tweets of the week: The Match at Mission Hills